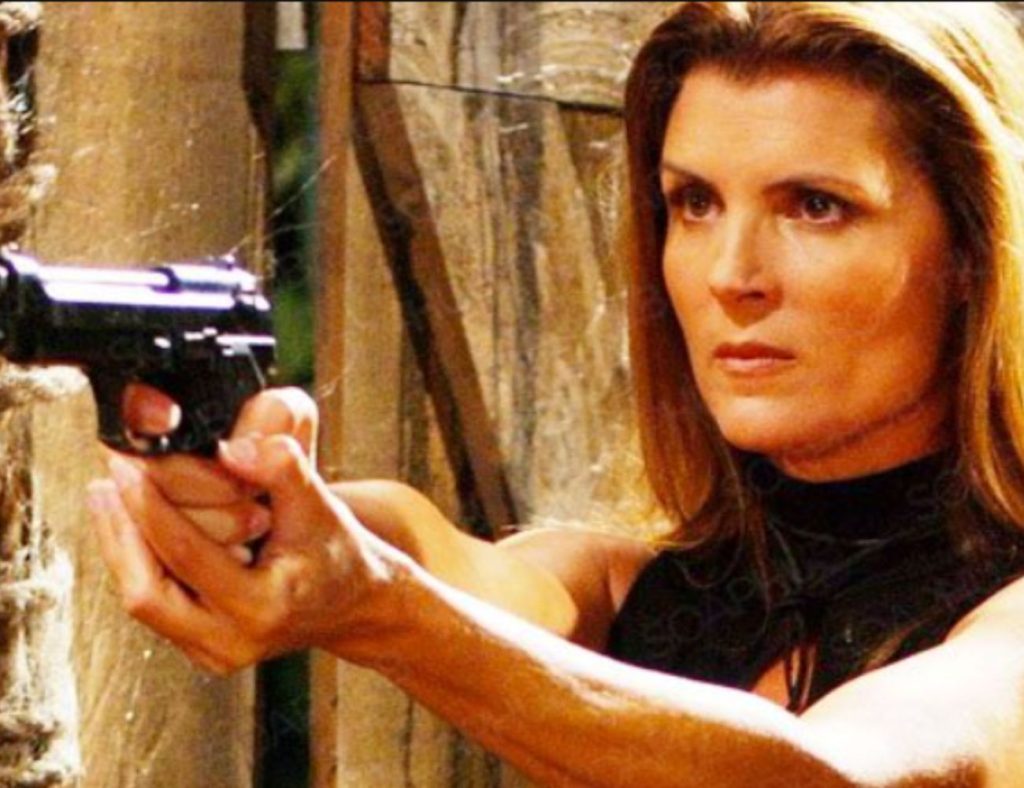 The Bold And The Beautiful: Sheila Strikes BACK!

A lot has been happening in the world of The Bold and The Beautiful, too much too fast in fact! However, there is one major player who has been sitting on their hands and doing nothing! No points for guessing, it’s Sheila Carter. But things could change rather fast for our She-Devil here! She has had a lot of time to plan her come back and the right time might just be around the corner! So pull up your socks, Sheila is about to strike back! Keep reading to find out how it might all go down on The Bold and The Beautiful.

Sheila’s Time To Come Out Of Hiding Is Coming

Ever since Sheila resurfaced on The Bold and The Beautiful, she has been hiding in Deacon’s apartment. Completely cut off from the outside world surely makes her long for open air. Recently, Deacon snuck her out to Il Giardino for a night out and she thoroughly enjoyed it. However, it gave her a taste of what freedom would feel like and now it’s all that she can think of. No matter how illusive it may seem at the moment.

Deacon has been telling her that it is out of the question for her to go back into the open world in The Bold and The Beautiful. But Sheila yearns to reconnect with John “Finn” Finnegan and Hayes Finnegan. And, even if it seems like an impossible task to us, let us not forget this is Sheila we are talking about. She is a scheming, manipulative criminal mastermind, and it cannot be put far from her to devise a plan to make it all happen! She, after all, has had enough time to plan and plot while sitting idle in Deacon’s apartment!

Sheila Carter Strikes Back On The Bold And The Beautiful

The fact that everyone on The Bold and The Beautiful has assumed Sheila is dead, gives the She-devil an upper hand! Also, the fact that The Forrester household

is drowning in dramas of their own, will just add ammunition to Sheila’s stockpile. It is only a matter of time that Thomas’s CPS ploy will get exposed and The Forrester Mansion wil see another raging fire build up. An all consuming one, if you ask us. The news will find its way to Sheila and she may decide that the perfect time to reveal herself and play her hand is when the Forresters are at their lowest!

The Bold and The Beautiful spoilers suggest that Sheila will not have to do any of this alone! She is about to get help from someone, who could that be, though? Sheila has claimed to have a pile load of money, we wonder if the one who provided her with the dough could turn up in the flesh to help the sexy vixen!

Meanwhile, Finn had mused about how nice it would be to have his younger sister around. Was that a hint at Daisy Carter showing up in Los Angeles? If she does show up, there is a chance she might want to help her mommy! Whatever the case maybe, we are excited at the possibility of Sheila coming out to strike back! It will raise the entertainment value of the already intriguing soap several notches! So stay tuned to CBS over weekdays to find out what Sheila does next on The Bold and The Beautiful!