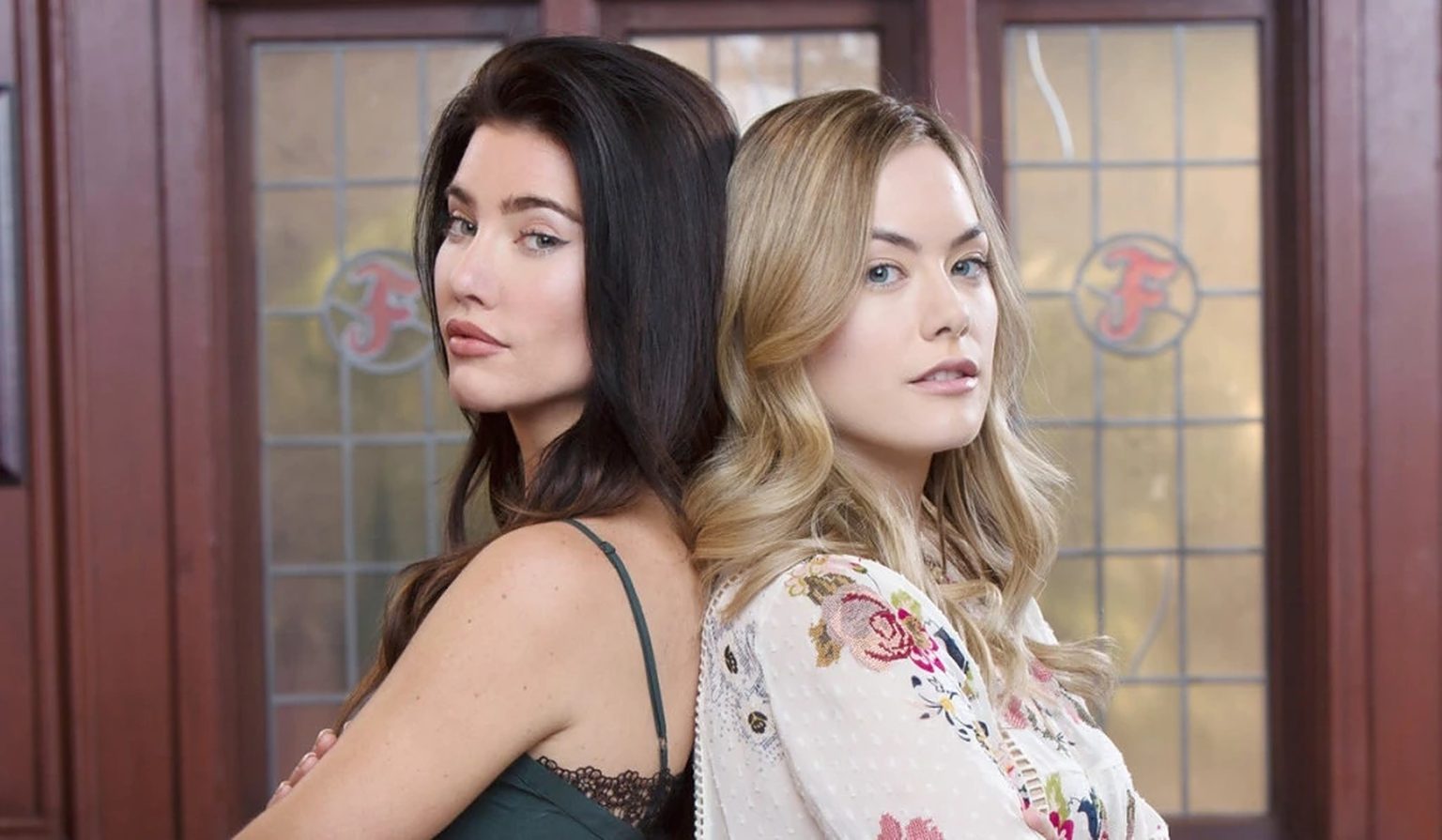 The Bold And The Beautiful: Steffy Is JEALOUS, Creates More Trouble For Hope

The Bold and The Beautiful is dishing out all flavors of drama possible in the Forrester household! Brooke is heartbroken and Ridge has moved on with Taylor, ALREADY! Liam is uncomfortable with Thomas and Hope’s closeness. Thomas is feeling drawn back to Hope, and Douglas is of course delighted by it.  Which shade of drama are we missing? Oh yeah! Jealousy! Don’t worry! Steffy brought some of it to Hope’s show!

Hope’s show for Forrester fashion line, Hope For The Future, is a raging success on The Bold and The Beautiful! Brooke, along with her sister, Katie Logan, sat in the front row, cheering her daughter on! Showering her with applause and compliments at every step of the show. Undoubtedly, Hope shined as bright as a star at the event. Of course, that dimmed Steffy’s presence! Needless to say, the foxy Forrester did not enjoy feeling side-lined. Moreover, she made it rather telling by her snide remarks.

So much so, she even made it heard that she sees Hope as an extension of her mother, Brooke. Obviously, she has no liking to it. When Brooke couldn’t contain her happiness over how well things were going, Steffy planted a sour seed by pointing out that Hope still needed to pull of the showstopper to make the show a success! Was that just a snide remark or was it a warning for some upcoming sabotage on The Bold and The Beautiful?

Jealous Steffy Brewing Trouble For Hope on The Bold and The Beautiful?

When the show did not fall off the rails, a fuming Steffy decided to just snatch the credit from Hope! Brooke praising Hope was understandable for Steffy! However, she does not appreciate her father, Ridge, warming up to Hope and praising her for the success. So, she makes sure to pull all the credit of the show’s success onto Thomas. Completely disregarding Hope’s involvement and hard work in the project. Although, Steffy did feel little respite when Finn acknowledged her contribution to the show, and she took all of the praises without much mention of anyone else’s contribution.

Spoilers for upcoming episodes of The Bold and The Beautiful suggest Steffy’s jealous run doesn’t end here. In fact, it’s about to turn fifty shades darker! She is already miffed at Hope for leading Thomas on towards paths he shouldn’t take. However, Finn rightly believes it’s the other way round! But when has Steffy been one to listen to the voice of reason? Staying true to her nature, Steffy will plan to bulldozer Hope at every point along the road. Her first target being LIAM! Spoilers suggest that Liam will fall back into the arms of another woman. And it’s going to be Steffy!

Certainly, the fact that Liam is already on edge seeing Hope, Thomas and Douglas act like a happy family, will only make Steffy’s pursuits easier! She will use “Hope called Thomas hot” ammunition to instigate Liam. Thomas too will not let go of any opportunity of getting closer to Hope. So we are certainly headed for some showdowns, another round of heartbreaks and hookups! So stay tuned to CBS over weekdays to see where The Bold and The Beautiful is headed!