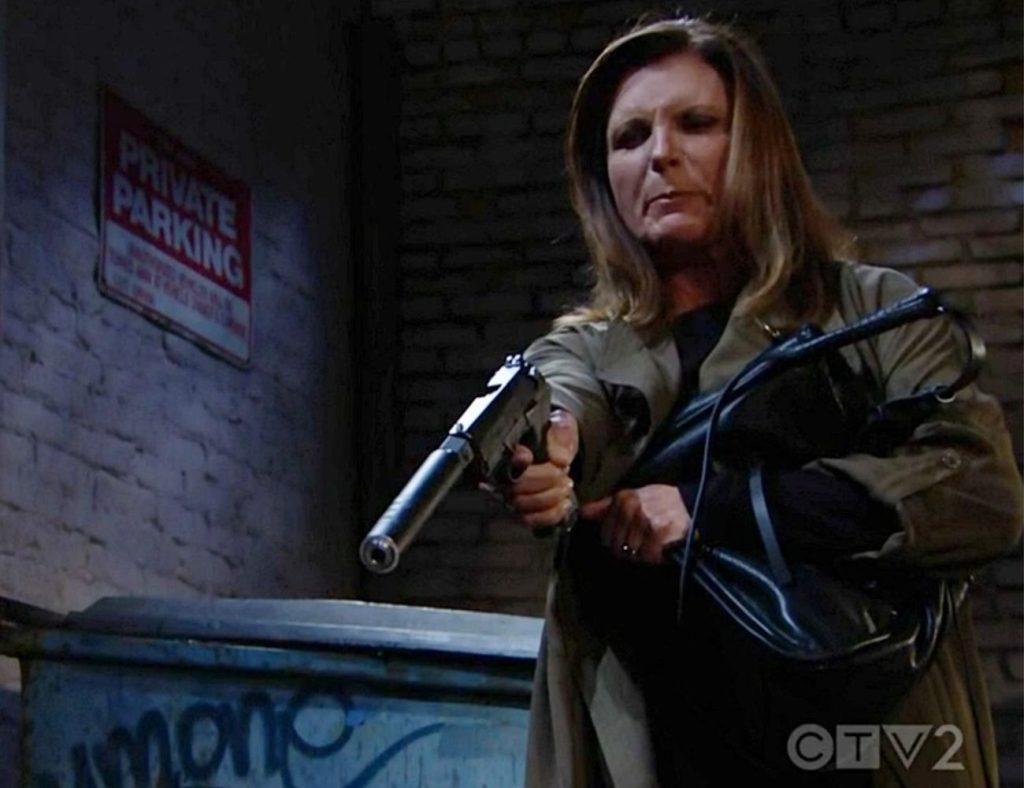 The Bold And The Beautiful: Sheila’s DANGEROUS Plan, Plans To KILL BILL Post Marriage? Takes All His MONEY?

Every single The Bold and The Beautiful fan is frustrated with how Bill has willingly wrapped himself around Sheila’s pinky finger. Moreover, every single character on the soap is convinced that there is no depth in Sheila’s relationship with Bill. Despite her repeated declarations of love for Bill, everyone is convinced that she is just using him. Can there be some truth in their concerns? Is Sheila really using Bill for her ulterior motives? The Bold and The Beautiful spoilers suggest that Sheila might have some really dangerous plans for Bill ahead! Let’s take a look at what they could be.

Sheila Not In Love With Bill Spencer, Using Him For Her Benefit

When Sheila reappeared in Los Angeles on The Bold and The Beautiful, she took refuge with Deacon Sharpe. They got entangled in a twisted romance that lasted for several months. However, when Sheila was exposed and moved out of his apartment, she had absolutely no trouble getting over the bartender. Almost overnight, she started a romantic relationship with Bill Spencer. Who ultimately won her, her freedom. However, if Sheila couldn’t actually love Deacon in all those months, what are the chances she could genuinely f all in love with Bill overnight?

The answer is, Zero! Sheila Carter only loves Sheila Carter on The Bold and The Beautiful. Moreover, no one really can fall in love in one night! At least not Sheila. She might be declaring her undying love for Bill right now, but nobody other than Bill is buying it. They all can see that Sheila is only using him to get to her means. After all, he did succeed in blackmailing Steffy and Finn not to testify against her and bribed the judge to rule in Sheila’s favor. However, if her means have been met already, why is she still with Bill? Is everyone wrong about her, and she really loves him? Or is there something more that she still wants from Bill? Let’s find out!

When Sheila was crashing with Deacon on The Bold and The Beautiful, she constantly bragged about having a pile of money stashed away. However, we are yet to see any sign of it. In fact, the absence of it makes us wonder if there even is any money. Perhaps, Sheila was lying about it just to make Deacon feel she had things going for her in the background. If this is true, then it brings us to a major plot twist! Sheila could still be with Bill for his money! His money and power served her well in buying her freedom. She might want to take advantage of it for an extended period. Furthermore, it gives her an edge over all her enemies on The Bold and The Beautiful.

But this is Sheila Carter we are talking about. She can’t stick to anything for too long on The Bold and The Beautiful. Besides, her real agenda lies in getting closer to Finn and her grandson, not Bill. This means she will have zilch trouble dropping Bill if he can’t get her away in with Finn. Honestly speaking, he can’t! His blackmailing can’t make Finn love his murderous mom. Sheila will realize it at some point. And start looking at Bill as dead weight. However, having tasted his money, that is something she might not want to lose.

This could land Bill in grave trouble on The Bold and The Beautiful. Sheila may use her siren charms to seduce Bill into marrying her. She might then dupe him into signing her up as his sole beneficiary. Then do what she does best! Murder! As Steffy had warned Bill before, Sheila will soon move on to her next victim! And it looks like Steffy could be right. Sheila might seduce her next man into killing Bill, so she can inherit all his money and vanish! Do you think Bill would be able to survive Sheila? Stay tuned to The Bold and The Beautiful to find out!