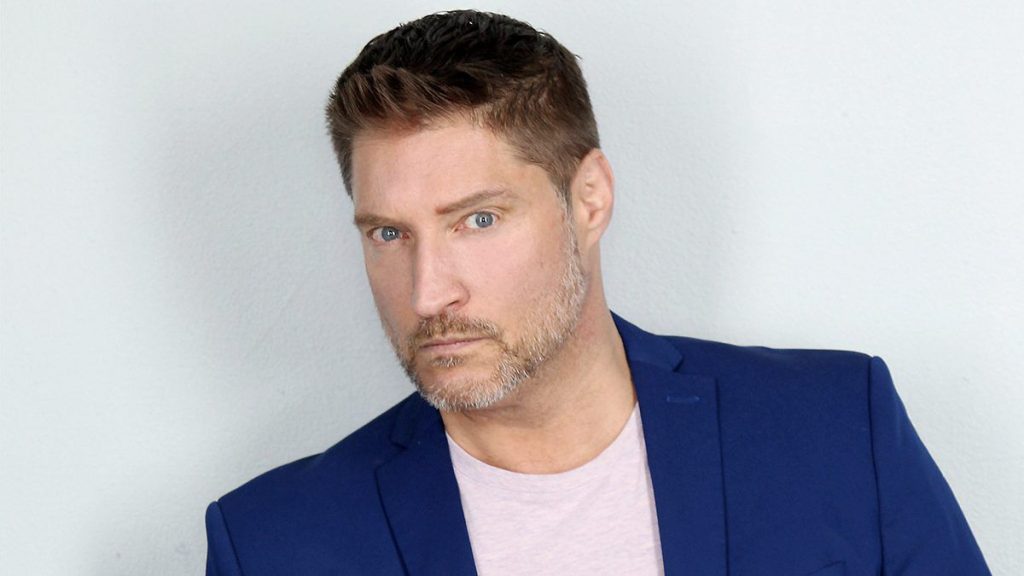 The Bold And The Beautiful: Who Is Deacon Sharpe? How Is He Related To The Young and The Restless?

Daily Soap lovers would know that mega productions, The Bold and The Beautiful and, The Young and The Restless are sister soaps. Hence, many times over the years, characters have crossed over from one soap to the other seamlessly. Today, we will discuss in depth one such character, DEACON SHARPE. Stay with us to read everything that there is to know about dear old Deacon!

Deacon Sharpe was originally introduced in The Bold and The Beautiful in the year 2000. He was weaved into the story by writer Bradley Bell; as the son of Daryl Sharpe. Deacon did not have a very good childhood owing to his father’s abuse and neglect towards him. While his childhood can’t be charted as an excuse for his devious behavior, it surely is the basis of it. In his adult years, Deacon has had many relationships and has two children through them. Namely, Hope Logan and Eric Sharpe.

From the time of the character’s inception, it has been brilliantly portrayed by actor Sean Kanan. The actor’s first stint as Deacon was on The Bold and The Beautiful, which lasted from October 2000 to February 2005. Later, in June 2009, he crossed over to The Young and The Restless as Deacon Sharpe. He remained on the show till October 2012. Moving on to the year 2014, Sean once again stepped into Deacon’s shoes and returned to B&B. He remained in the soap till 2017 and then was written off as serving a prison sentence. Four years later, he reprised his role in The Young and The Restless.

Deacon’s Romances: The Bold And The Beautiful

Over the years, Deacon has been involved in numerous romantic relationships, most of them problematic and scandalous. Let’s have a look at some of the most prominent ones.

Bridget is the daughter of Brooke Logan Forrester and Eric Forrester. Deacon started a relationship with her as part of a ploy. He was originally interested in Bridget’s sister-in-law Amber Moore and used Bridget to get close to Amber. Although, naïve Bridget really did fall in love with him. Deacon coaxed Amber that he would leave Bridget if she left Rick. Although, he married Bridget for revenge but starts to develop real feelings for her. However, she left Deacon after he stirred up quite a scandal with her mother, Brooke Logan. Continue reading to find out what it was!

Brooke is a major character on The Bold and The Beautiful. She also happened to be one of the show’s original characters since its early years! Brooke is the eldest daughter of Stephen Logan and Beth Henderson. She also is the mother of Bridget Forrester. Deacon’s affair with Brooke by far, has to be one of the most scandalous ones in the history of The Bold and The Beautiful.

While he was still married to Bridget and had hit a rough patch, tried speaking to her mother, Brooke about it. Over time, their conversations became more personal and they developed feelings for each other. Brooke was very lonely at the time and started seeking solace in Deacon. They eventually got to the point where they became intimate with each other.

Furthermore, the tale became more twisted when Brooke became pregnant with his child. Brooke, horrified by her actions, decided to marry Whip and remove herself from Deacon and Bridget’s life. However, Bridget later discovers the truth about Deacon’s relationship with her mother and the pregnancy. Heartbroken and betrayed, she ended her marriage with Deacon.

Quinn in The Bold and The Beautiful is a jewelry designer. Her son, Wyatt, often describes her as a workaholic. She met Deacon at a bar, and they sat there drinking and discussing the ongoing mess in the lives of their children, Hope and Wyatt. One night of drinking led to several meetings, and it wasn’t long before the two were in love. Eventually, they decided to tie the knot. Although most of their friends and acquaintances declined their invitation, they wed regardless. However, Quinn later left Deacon after getting tired of his lousy ways and decided to end her marriage to her notorious but otherwise ambitionless husband.

Deacon’s Romances: The Young And The Restless

Although Deacon is the resident bad boy of The Bold and The Beautiful and The Young and The Restless, for some reason, women just cannot resist his charm. He has had many relationships in Y&R just like he did in B&B. Let’s discuss some of the most prominent ones.

Nikki is the daughter of Nick Reed. She did not have a good relationship with her father. It has been known that he used to physically assault her. One fateful night she met Deacon at the Nightclub, Gloworm. They shared drinks together and became pals. Later they got intimate several times after meeting at AA meetings and at rehab. Deacon blackmailed Nikki into marrying him by threatening to involve her in Diane Jenkins’s murder. However, the marriage was short-lived. Nikki left him after she found out the truth about who actually murdered Diane Jenkins.

Phyllis Summers is the daughter of George Summers and Lydia Callahan. Deacon and Phyllis do not have a bed of roses romance. In fact, their history is rather rocky. She once tried to set him up for murder. But, as we said before, NO ONE is safe from this bad boy’s charm! Phyllis and Deacon indulge in kinky ally sex in order to make Nikki jealous.

Diane Jenkins was the daughter of Kyle Jenkins, the mother of Kyle Abbott. Deacon Sharpe’s affair with Diane was rather notorious! He slept with her a few times without any intentions of a serious relationship and later bashed her head with a rock to kill her after Nikki had shot her. He then used her death to blackmail Nikki into marrying him.

The Young and The Restless And The Bold and The Beautiful: The Big Crossover!

Recently, The Bold and The Beautiful, Deacon is released from prison due to overcrowding. He tried re-entering the lives of Geona City residents through his daughter Hope. Hope admitted that she had been regularly writing letters to her father and is not ready to break ties with him. However, this does not go well with Ridge and Brooke

. Later, Deacon bumps into Sheila Carter, and they together decide to figure out a way to remain in their children’s lives. Sheila tries to convince Deacon to fake a relationship with her to stir up some trouble, but he declines. Deacon claims to be a changed man and just wants to win back Brooke.

However, spoilers are rife that The Bold and The Beautiful and The Young and The Restless are having a big crossover! Deacon Sharpe and ex-flame Nikki Newman are all set to reunite through this! Nikki has asked for Deacon’s help in her big revenge plan against Diane. Viewers keeping up with the soap know that Deacon has decided to help Nikki, and he is going to do that. The Bold and the Beautiful spoilers for the week of September 26, 2022, suggest that Deacon is going to give Nikki some evidence that will help her take Diane down.

Deacon has been in L.A. for some time now, and we are thinking about what his next storyline will be. Right now, he is harboring Sheila at his home, and we are not sure if that is going to float well for him. What do you think will happen to Deacon Sharpe on The Bold and the Beautiful? Share your opinions with us in the comments below. TV Season & Spoilers is your one-stop for all the soap-related news. Stay tuned!