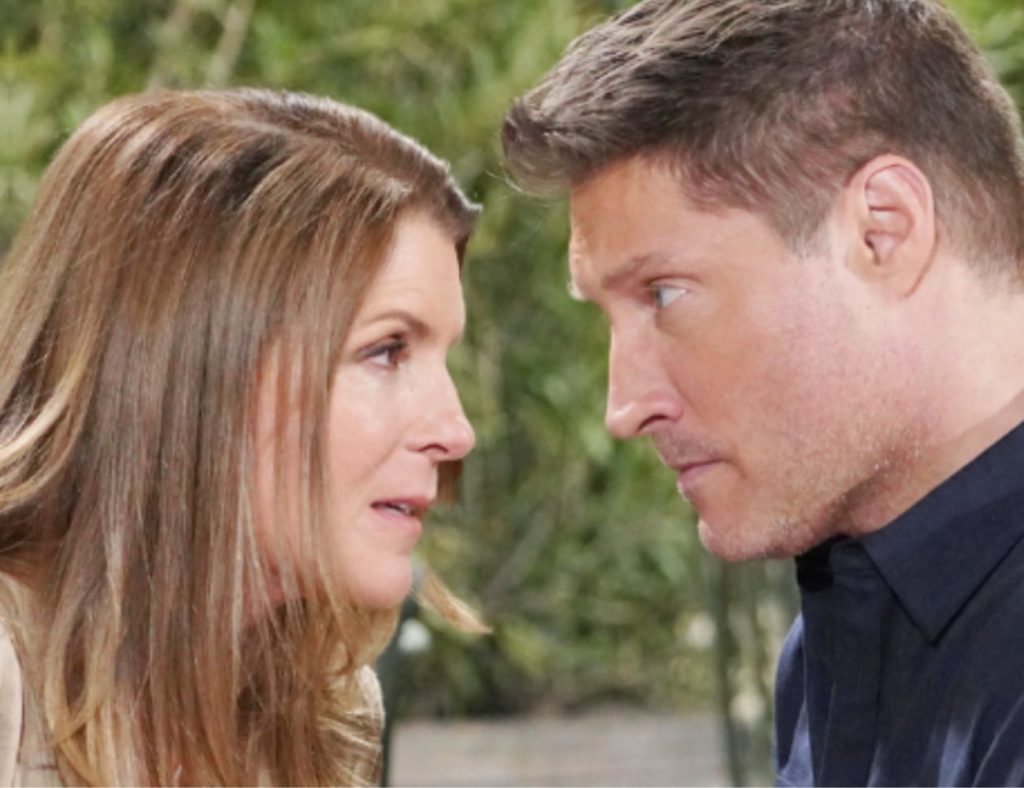 The Bold And The Beautiful: Sheila’s New Trick, Deacon In Trouble

On The Bold and The Beautiful, Sheila Carter is an enigma that can’t be contained. And, our dear boy Deacon, is learning it the hard way! We know Sheila has been nesting up in Deacon’s tiny apartment, while she hides her existence from the rest of the world. However, the sultry diva is getting increasingly tired of being locked in, and has started to venture out under guise. Talk about risk taking behavior! While, she is getting a kick out of it, Deacon is feeling the pain of those kicks! Is he right to fear Sheila’s adventures? Are Sheila and Deacon about to get into trouble? Keep reading to find out!

It’s not a secret to Deacon that Sheila has been venturing out of his apartment off late on The Bold and The Beautiful. But what she has been upto in those times gone, is definitely a secret to him. He has been trying to convince Sheila that she is embarking on treacherous turfs, every time she sets foot out of his apartment. However, all his pleas have been falling upon deaf ears. Instead of paying heed to his advice, Sheila recently rubbed him in by saying she even bought a few new wigs to help go crazy in the town!

Sheila’s activities, and vision for the future, make absolutely no sense to Deacon. Sheila seems convinced that she can start a new life on The Bold and The Beautiful. All she needs is the right opportunity at the right time to play her cards. This is an idea that completely eludes Deacon. While he is standing in support of Sheila and helping her with whatever he can, he doesn’t actually believe that Sheila can pull off the act. In fact, he fears that if Sheila exposes herself, she will be taken back to the stakes, and this time, the town will burn him right down with her! Is he right in fearing so? Keep reading to find out!

Sheila’s Adventures Land Deacon In Trouble On The Bold And The Beautiful?

Sheila is not one to sit idle on her hands for too long. She definitely has some tricks up her sleeves by now on The Bold and The Beautiful. While she has been telling Deacon that her trips outside are just fun, we really don’t believe that. There is a high chance Sheila is orchestrating her next move and is not looping Deacon in at this point. It’s not like she doubts Deacon or his intentions, but there may be a bigger reason behind why she is doing what she is doing! Sheila has proven herself to be a resourceful woman, and she might just be out-pulling some strings to get to her ultimate goal.

. Perhaps, she is out eyeing them or meeting a secret ally! Deacon is sweating bricks seeing Sheila breeze through the city as if she never “died”. He fears that if Sheila gets caught, she may find herself right back in prison. And if that happens, Deacon will be sitting right beside her behind bars. After all, he has been helping her evade the law, which definitely counts him in as an accomplice!

Do you think Sheila is just taking unnecessary risks, and will eventually land herself and Deacon in trouble? Or, do you think she is out there making a scheme that will succeed? Please share your views in the comments below! Meanwhile, stay tuned to CBS over weekdays to find out what happens next on The Bold and The Beautiful.