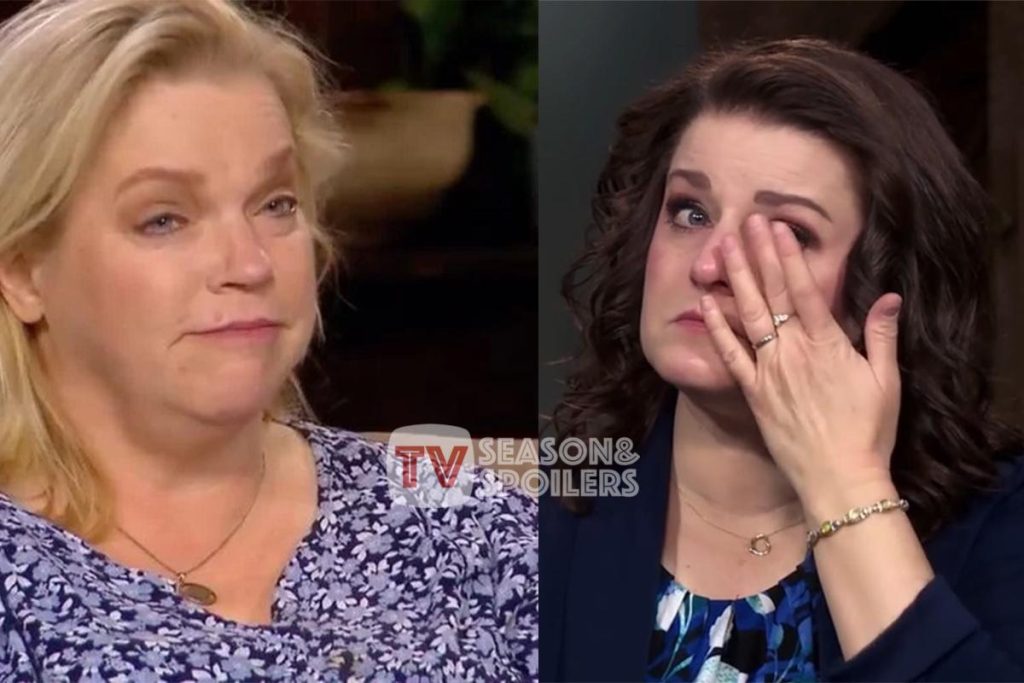 Noted main cast member from Sister Wives, Kody Brown, keeps digging a deeper grave for himself. That’s because he has been causing a lot of trouble in the recent episodes. Ever since he came up with distancing protocols for COVID, everyone, especially his wives, lost it. Additionally, Janelle Brown stole the limelight in the latest episode, and she did so by fiercely defending her kids. Along with this, she also took too many indirect digs at the fourth wife, Robyn. So what exactly did she say? Keep reading to know all the answers.

In her confessional section in the latest Sister Wives episode, Janelle Brown made some interesting observations. First, she claimed that Robyn Brown is the only wife with young kids in the house. Hence, it is easy for her to abide by all the COVID norms established by the family patriarch, Kody Brown. However, she mentioned that it is different for her kids as they are practically adults and have a social and work life. Unfortunately, matters got so worse with her sons Gabe and Garrison that the family head even threatened to evict them out of the house.

Once a fan noticed these claims, they wondered why the plural wives don’t address these matters to each other’s faces. Furthermore, a lot of other netizens wholeheartedly agreed to the confessional. Unfortunately, this isn’t the first time Robyn Brown got dragged, in the show. TV Season & Spoilers points out that apart from the wives, even the fans keep trolling her for supporting Kody even when he’s wrong. Hence, the fourth wife has also earned the title of ‘Kody’s favorite wife’ due to such behavior.

Another Redditor praised the mother-of-6 for her fierceness

. They mentioned that Janelle has been throwing such shade since the first season! Moreover, they believe other viewers don’t catch this side to her often as they think she is “low maintenance”. Despite this, the commenter enjoyed the “full string” of shade in the new episode of the series.

For the head of the family, Kody Brown, Janelle’s sons Gabe and Garrison were causing problems. For example, they refused to follow the distancing rules to spend Thanksgiving for the rest of the Browns. Moreso, Garrison was working to earn enough to get an apartment of his own. In contrast, his brother Gabriel continued to spend time with his girlfriend out of the house. Hence, these things angered their father so much that he threatened to kick them out of their homes.

Luckily, the lease had merely Janelle’s name, so the notorious cast member couldn’t do that. However, the third wife really lost her cool with her husband. Although she initially tried to convince the kids to abide by the rules, the mother eventually walked away from her husband. She did so while telling him to “f*** off” when he tried to guilt-trip

the rest of the family to stay in Flagstaff for the holidays. Hence, fans loved seeing this new side to the TV star and showered love on her for standing up for herself and her children. Keep checking TV Season & Spoilers for more Sister Wives news.
News