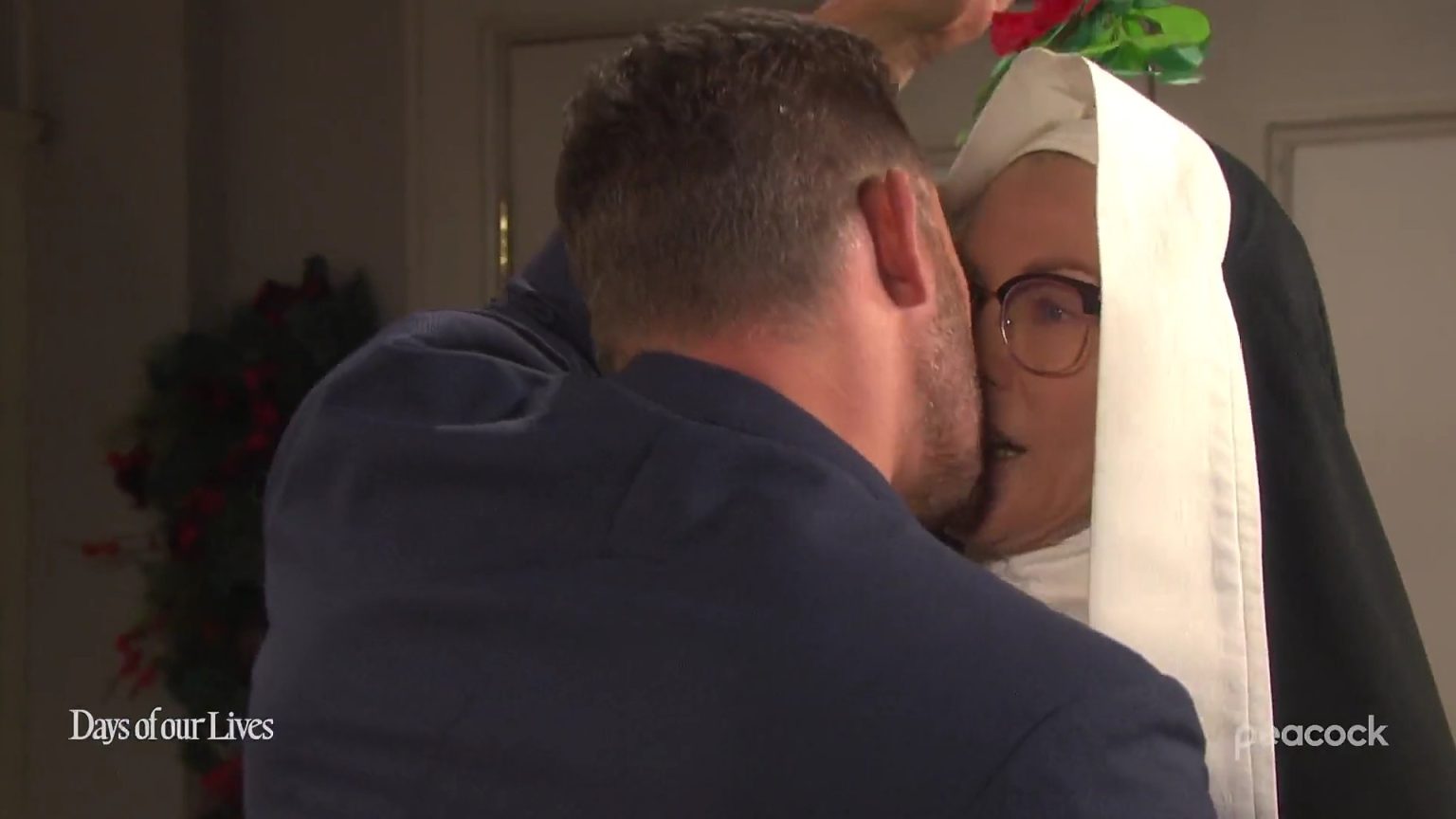 Days Of Our Lives Preview Video For The Week Of December 12-16, 2022: Brady Kisses Sister Moira, Eric Moves On

Days of Our Lives preview video for the week of December 12-16, 2022, reveal Brady will get confused and think Kristen is dressed up as a nun. Sister Moira will scream in shock when Brady will plan a kiss. Later, Marlena will get updates about the same. Elsewhere, Eric will move on from Nicole and will have some steamy sessions with Sloan. Keep reading to know what will uncover in next week’s DOOL episodes.

The preview video rather starts with horrifying confusion, which will lead to a sticky situation. Days Of Our Lives spoilers tease Brady will misunderstand that Kristen has dressed up as a nun. In reality, it will be Sister Moira who will be there. Looks like Brady will tease her and try to prove her that she is indeed Kristen. While Sister Moira continues to deny, Brady will plant a kiss and say that a nun can never approve of something like this.

Sister Moira will squeal in anger and will create a ruckus for kissing her and making her commit a sin. Later, she will approach Marlena and tell her how Brady behaved with her and thought she is Kristen. Marlena will be disgusted and horrified to even imagine something like that. So, Marlena will continue to be in shock.

Next, Eric and Sloan will come closer to each other. Days of Our Lives spoilers Sloan will invite Eric to her house and will have some sweet moments over drinks. Eric will get steamy with Sloan and will insist to take that to shower. As for Sloan, she will admit that she is thinking something dirty. So, both of them will rush towards the shower to enjoy more sweet moments.

In the meantime, Nicole will arrive at some time and will realize that Eric has moved on with another woman. So, she will now have some conflicts with Sloan, who certainly won’t be scared of Nicole’s threats. Instead, she won’t let this opportunity slip and will show Nicole her place. There will be more dramas in the storyline as 12 Days of Christmas special content is to come soon. So, they will show some snippets and interviews from the cast.

Finally, the preview video shows Eric Martsolf saying that there is a scene that originally had a different ending, but it has now been changed. So, stay tuned for that and see where the storyline is taking you to. Do not forget to watch the preview video pasted down below. Days Of Our Lives airs every weekdays on Peacock+ in the US and on W Network in Canada. For more updates and spoilers, visit our website, TV Season & Spoilers.