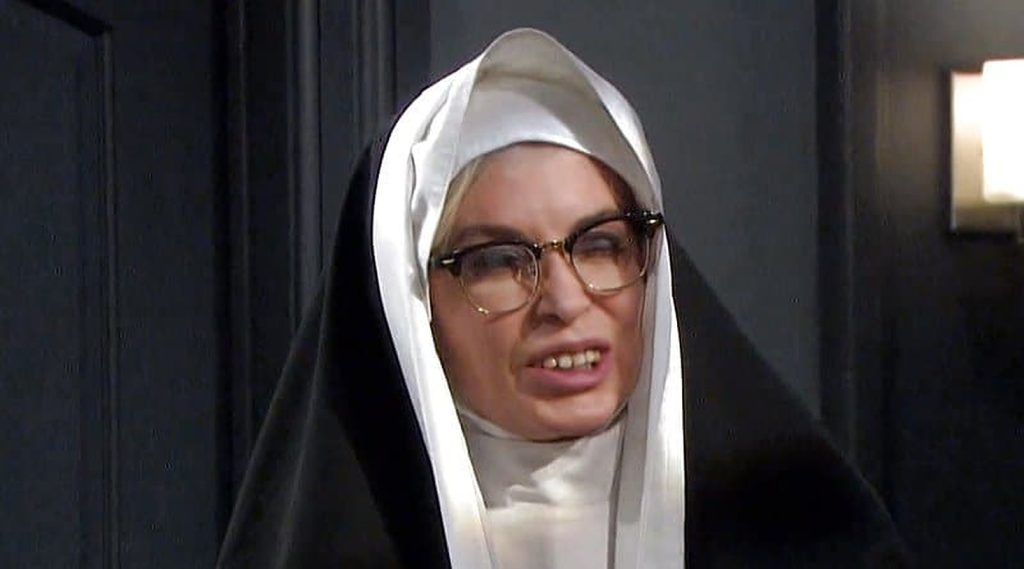 Days of Our Lives Spoilers For The Week Of December 12-16, 2022: Sister Moira’s Wrath, Ava’s Explosive Plan

Days of Our Lives spoilers for the week of December 12-16, 2022, reveal Rafe will get an update on Nicole staying at EJ’s place. As for Nicole, she will face another trouble when Susan’s sister lands in Salem. Elsewhere, Gwen will try to make things a bit easy for Xander and will recruit a controversial character for that. Over with Ava, she will plot another sinister plan, but it will backfire when her son also gets trapped into it. Let’s read further to know what DOOL has in store for viewers next week.

First, John and Marlena will get to know that Kristen is forcing Brady to stay with him. So, they will come up with a plan to take Kristen down and show the way out of the mansion. Days Of Our Lives spoilers show Brady will be fed up with his life. He won’t know how to handle his emotions as he has Chloe’s thoughts on one side, and on the other, Kristen is pissing him off. There will be a kissing scene between Brady and someone else, so we have to see who it might be.

On the other end, Alex and Stephanie will also face some troubles, thanks to Chad! Looks like he will engage in a conversation with Stephanie soon. Even though he said he sees no future with Stephanie, his feelings for her will make him ask the same question again. Chad will be curious to know how it will look like if he and Stephanie were to come into a relationship. Fans know that Stephanie has a soft spot for Chad as he was her ideal type, will this conversation stir more confusion in Stephanie’s mind? We will know that soon.

Over with Bonnie, she will finally be able to recollect some memories from the day she was kidnapped. It won’t take her much time to realize that it is Xander who kept her hostage. In the meantime, Sarah will seek some help from Justin regarding Xander. Even though he says he’s not hiding anything, Sarah knows her partner just too well not to believe him. So, Sarah will ask Justin for help

her out in finding the truth. To speak of help, Gwen will also seek one from Leo and will hire him to save Xander. She is the only person to whom Xander has confessed his crime to, so she won’t want him to face more troubles.

Next, Steve will turn to Jada and Rafe for some help. Days of Our Lives spoilers claim the cops will come to know about EJ kidnapping Tripp. Not just that, Rafe will also discover that Nicole is staying with EJ, and it will surely piss him off. While he comes to terms with his discovery, Nicole will face another trouble when Susan’s sister lands in Salem.

Looks like Sister Moira will get updates about Nicole’s sins and will go behind her to teach her a lesson. EJ will come to rescue Nicole from her. Later, Nicole will also witness Eric and Sloan’s closeness, who will grow more closer in the coming weeks. Finally, Ava will have a dangerous explosive plan where she will plant a bomb that is set to blow at Susan’s memorial service. However, Tripp will land there unexpectedly and leave Ava to fret for her son’s safety. Johnny will also spot Ava and will have a heated argument. Days Of Our Lives airs every weekday on Peacock+ in the US and on the W Network in Canada. For more updates and spoilers, visit our website, TV Season & Spoilers.