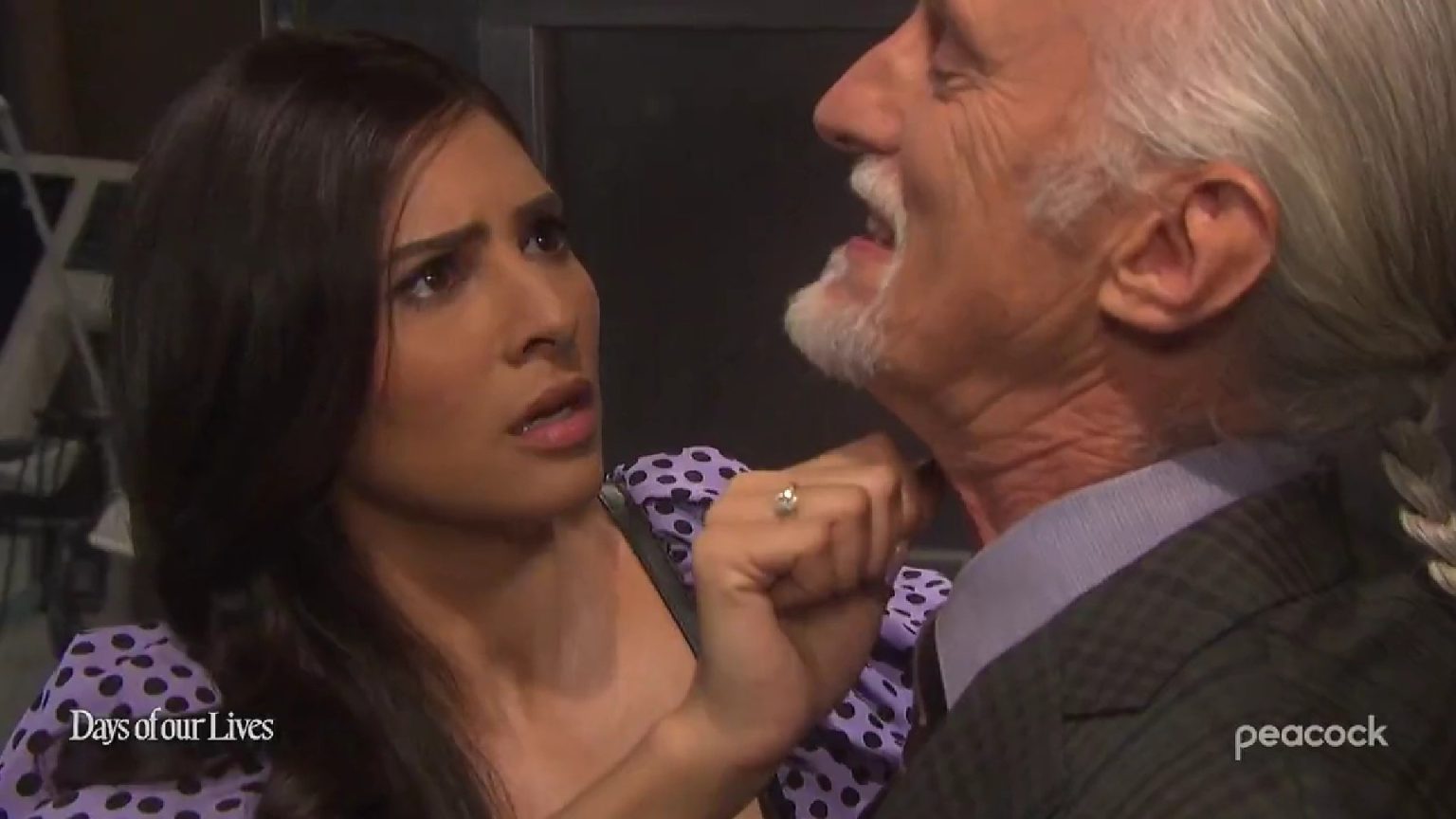 Days Of Our Lives Preview Video For The Week Of October 24-28, 2022: Creepy Clown Scares EJ, Rolf Exposes Li To Gabi

Days of Our Lives Preview video for the week of October 24-28, 2022, claims that some creepy-looking clown will lurk into the DiMera mansion and will scare off EJ. Next, Chad will offer a suitcase full of money to Sloan as a part of his plan. Elsewhere, Paulina will hire Leo, which will upset Abe to a great extent. On the other end, Rolf will finally spill the beans and expose Li’s wicked plan. How will Gabi react to this shocker? Keep reading to know what uncovers in Salem in the next week.

The Days of Our Lives Preview video starts with a creepy clown lurking in the DiMera mansion and scaring off EJ. Chances are that this might be Ava’s plan to take revenge

on EJ. Since Gwen already backed off, Ava might have teamed up with Xander. Anyways, EJ will be scared to find that disturbing clown.

As Halloween is approaching, many characters in the soap will don different characters this week, adding to the entertainment factor. Steve will become the Pirate Patch and will entertain the sick kids at the hospital. Over with Kristen and Rachel, both will be in Queen’s attire. The clips also show Brady and Kristen laughing at something.

Looks like Rachel will make create some funny moments in order to strengthen the bond between her parents. In all this, Brady will continue to pretend that he is happy, but in reality, he will hate Kristen’s presence. Marlena and John remain confused about Brady’s decision to move in with Kristen.

Days Of Our Lives Spoilers: Chad Distracts Sloan With Money

Further, Chad will show a case full of money to Sloan as he tries to distract her. By that time, Stephanie will try her best to find dirt on Sloan. However, Alex will ultimately interfere with his cop costume as he suggests some handcuffs for his night with Sloan.

Whether Sloan gets distracted or not, Stephanie will use those handcuffs on Alex. She will chain him to the bed to teach him a lesson. Later, the preview video shows Leo excitingly declaring that he got a job. Looks like it will be Paulina who hired Leo. This will make Abe lose his mind as he confronts Paulina to know why she hired a “jackass”.

At Basic Black, Nicole will wear some revealing lingerie for a photoshoot which will definitely attract Eric. He will definitely be taken aback to see his ex this hot. Finally, Gabi will attack Rolf and keep a scalpel against his throat. She will want Rolf to confess what he has done to Stefan.

The Days of Our Lives spoilers say that Rolf will finally admit the entire wicked plan and expose Li Shin. In the preview video, Gabi looks super shocked. So, how will she handle the situation? Comment down your opinion, and do not forget to watch the preview video posted below. Days Of Our Lives airs every weekday in Peacock+ in the US and on The W Network in Canada. For more updates and spoilers, visit our website, TV Season & Spoilers.