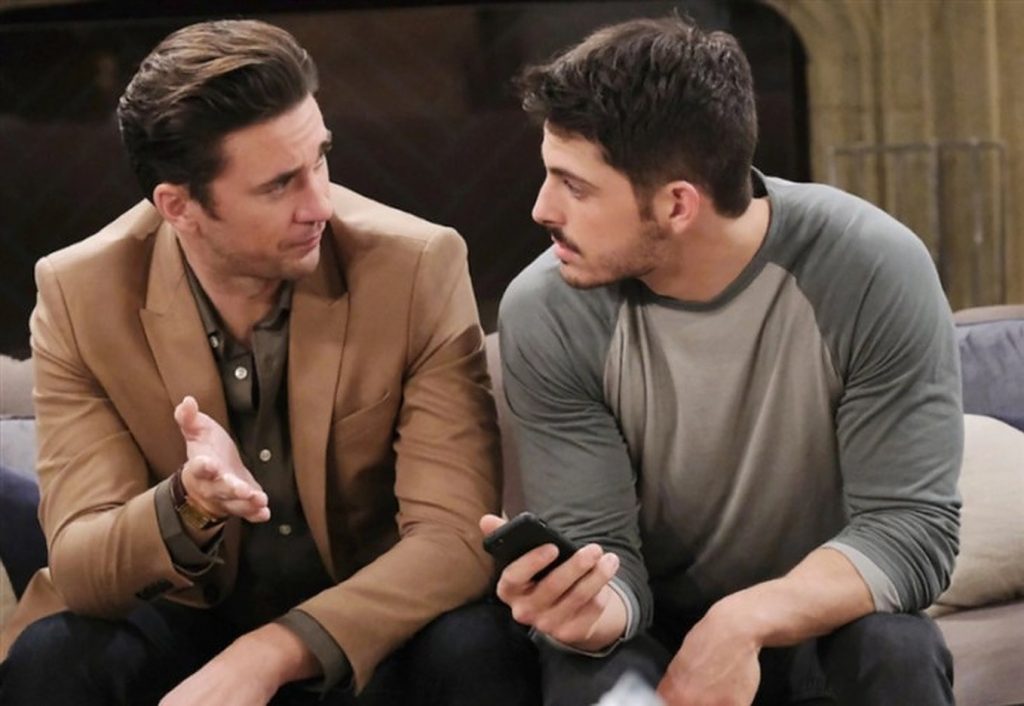 Days of Our Lives Weekly Spoilers For September 19-23, 2022: Chad Solves The Mystery, Craig Returns To Salem

Days of Our Lives weekly spoilers from September 19-23, 2022, tease that Chad and Will will urge Sonny to recollect his memory. Later, Sonny will give a clue to Chad. On the other end, Craig will return to Salem. Then Clyde will also propose to Nancy. Across the town, Leo will plead with Gwen to forgive him and help him out in his theory. Elsewhere, Nicole and Eric will confess their feelings to each other. Let’s read further and know what happens in DOOL next week.

Previously, we saw how Nicole was trying her best to keep Eric in her orbit. Well, looks like she succeeded in her mission. Days Of Our Lives spoilers say that Nicole and Eric will confess to each other. They will pour out their heart and admit that they still feel for each other. As they both get swept in their emotions, Eric and Nicole will seal their happiness with a kiss.

However, someone else also is present in there. That someone is none other than Jada. All this while, she will be spying on these two just to end up witnessing their intimate moment. Regarding confession, Chloe will also have something to say to Stefan, who has just returned to the land of the living. Whatever it is, Brady is sure to get a surprise.

Elsewhere, Clyde will decide to surprise Nancy. For that, he will make some special arrangements over the call. However, Nancy will feel like Clyde is cheating on her. So, she will confront him with her doubts. She will be surprised when he pops up a ring in front of her and asks for marriage. Elsewhere, Craig will return to Salem. Days of Our Lives spoilers say that Craig will cross paths with Leo, so there will be some tension. Back with Nancy, she might need to lean on someone real soon, so that might be the reason for Craig returning to Salem.

Days Of Our Lives Spoilers: Sonny’s Clue On The Attacker

Over with Will and Chad, they both will urge Sonny to try and recollect his memories of the day he was attacked. Basically, Chad will want to know who the attacker might be. Days Of Our Lives spoilers say that Chad will suspect that this might be the same attacker who killed Abigail. Looks like Sonny will also be successful in providing a clue to Chad.

In the meantime, Chad will get to know about Stefan’s survival. So, it will be another shocker for Chad. Whatever the case, Chad will join the dots and will detangle the mystery surrounding Abigail’s death. Later, Chad will approach Sonny

and get the confirmation he needs.

Sonny will provide another clue that will make everything crystal clear. Fans already the fall preview, in that Chad was seen holding a loaded gun. So, looks like there are going to be some deadly confrontations next week. Will Chad end up suspecting Clyde to be the prime suspect? We will know that. Stay tuned to watch further.

Further on Days Of Our Lives, Leo will have a theory about who is framing him. To move forward with his theory, he will need Gwen to help him. Days Of Our Lives spoilers say that Leo will plead with Gwen to forgive him. Even though he knows he is not eligible for forgiveness, he will still try his best with Gwen.

Speaking of Gwen, she will later burst Jennifer’s secret. She will learn that Jennifer has started taking drugs. So, she will think of helping her, even if not for her but for the sake of Jack. Over with Jack, Xander will seek his guidance as he tries to save his marriage. Elsewhere, Kristen will devise a plan to push Brady into more trouble.

Days of Our Lives spoilers also say that Steve will reach the lab and try to understand the toxin given to Marlena, Kate, and Kayla. However, he won’t be able to understand anything. Ultimately, Steve will lose control of his anger and will pounce on Orpheus to give him the antidote. However, Orpheus will only feel satisfaction when he sees Steve losing composure.

Back with Stefan, he will face some troubles with his brother, EJ. Fans know that EJ already planned to get Stefan to his side when he first learn about his survival. So, he will pressurize Stefan to work with him on his plans. Stay tuned and watch Days Of our Lives, it airs every weekdays on Peacock Streaming Service. For more updates and spoilers, visit our website, TV Season & Spoilers.