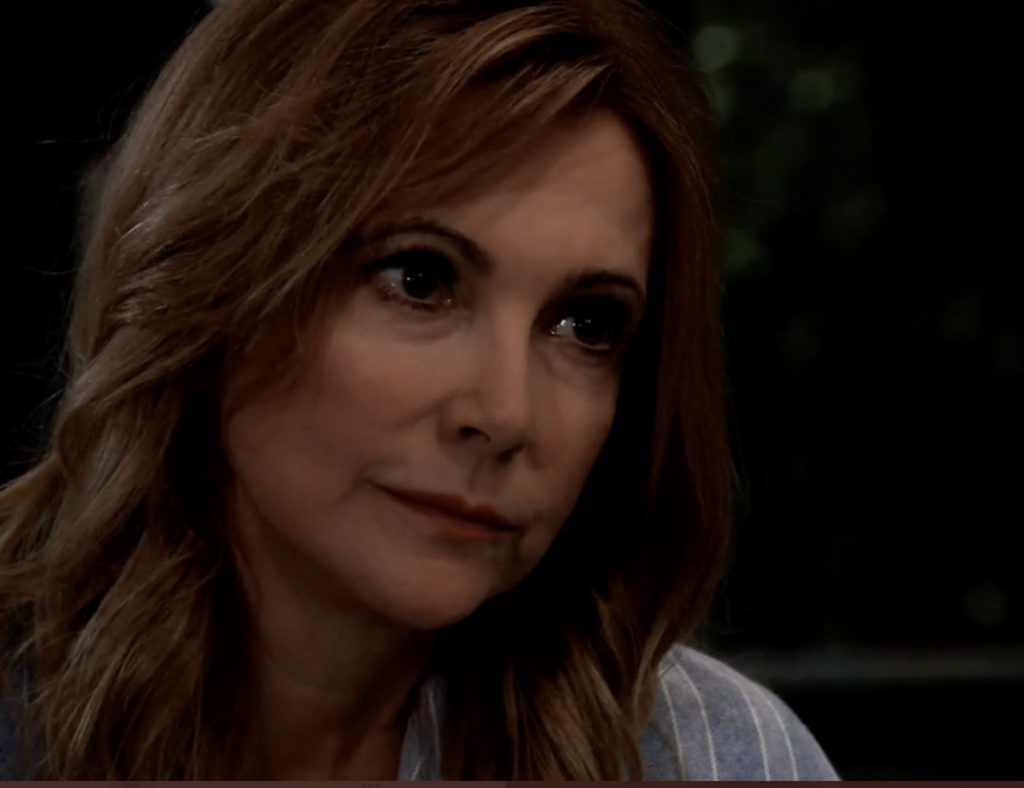 General Hospital: Holly Is Upto NO GOOD, Working With Victor Or Helena?

General Hospital is riding high on shock value these days. Adding a joyous jolt to the already thrilling ride was the news of the return of a much-loved character, Holly Sutton! The fan-favorite character returned to Port Charles after two years. She was assumed dead in the time missing but was being held captive all the while. However, viewers were soon left scratching their heads when they started to notice that while Holly LOOKS like Holly, but is behaving completely out of character. It’s understandable that staying in captivity for an extended period would change a person. But how much?

It didn’t take long for speculations, triggered by the speculation, that Holly perhaps is being mind controlled by Victor! He has done it before, and it can’t be put past him again. There are even speculations that if Holly indeed is being mind controlled, maybe she could actually be the HOOK KILLER! General Hospital creative Frank Valentini tweeted that Holly is hiding something, kick-starting the Halloween shenanigans. Frank’s tweet breathed life into several new leads for speculations. Here are two from the top of our heads!

While we already discussed one theory that Victor could be mind-controlling Holly. The evil genius always has the means and motives to be up to the such shady business. Besides, having someone as likable as Holly do unthinkable horrid acts would surely amuse Victor. Of course, apart from the added advantage of getting his dirty deeds done.

In a second possibility, Victor could be holding Holly’s son Ethan hostage. Again, Victor has expertise in abducting people. So this is a highly likely possibility. Moreover, Holly’s behavior also seems forced rather than mindless. So if we had to bet on one, a kidnapped Ethan is what our money would be on! This would also bring him back to General Hospital. He, too has been missing for quite a while!

General Hospital: Helena Is The One Pulling Holly’s Ropes!

When it comes to pinning the blame on someone, Victor is quite the sitting duck! The first to be suspected, always. But hey! He has given us plenty of reasons to do so! However, there is one more Cassadine who is just as evil as Victor and could be ready for a comeback. Helena Cassadine! It has been a while since she has made her presence felt on General Hospital.

However, earlier in Jan 2022, Helena had sent a video message for Luke’s memorial. He had died in a car crash off-screen. A mystery mastermind orchestrating heinous crimes would be the perfect way for Helena to come back on General Hospital. Then again, mind control has always been her go-to thing! So, Holly’s odd behavior would fit right in with it!

Who do you think is behind Holly’s odd acts? Victor or Helena? Or could Holly be acting all on her own? Please share you views in the comments. Meanwhile, stay tuned to ABC to find out which of the possibilities could be true on General Hospital!