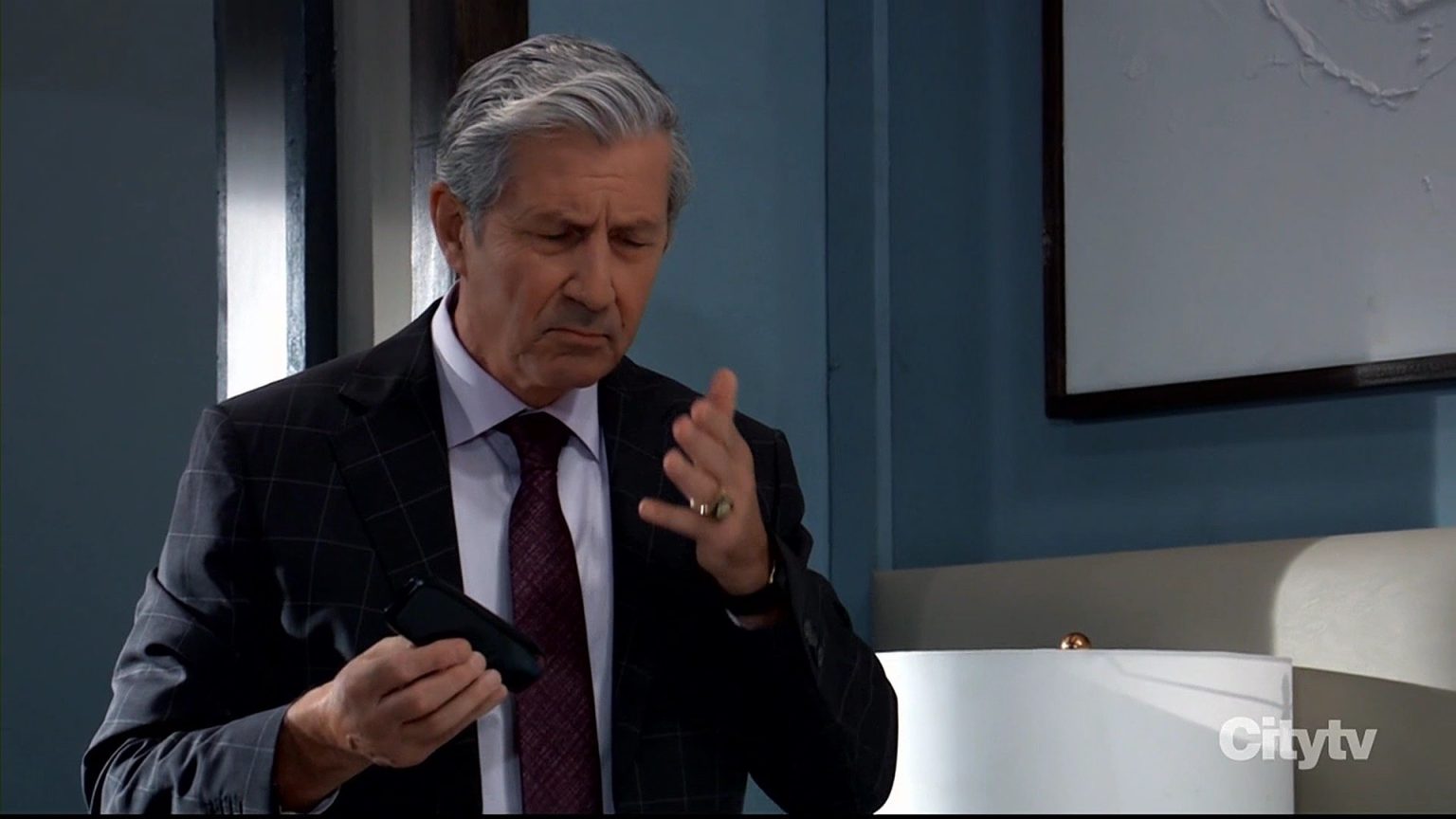 General Hospital: Victor Is Mind-Controlling Holly, She Is The Actual Hook-Killer!!!

General Hospital spoilers tease that Victor might be the one controlling Holly Sutton. If that’s the case, then there are also chances that Holly might be the hook killer. GH is continuously hinting towards Holly and how she should not be trusted. Chances are there that Victor might have planted the chip in Holly’s brain to control it like the way he wants to. Let’s discuss the possible storyline if Victor is really behind the whole hook killer chaos.

Holly Sutton Returns But Has No Memory!

Holly Sutton, an interesting character and Robert’s love interest, went missing all of sudden 2 years ago. At that time, people in Port Charles thought Peter might have kidnapped her. But later, they started believing that Holly is dead. When Peter died, if he was the captor, Holly must have returned. But she never came, and people also thought that she is indeed dead.

However, when Port Charles is going through so many troubles with a maniac hook killer roaming scot-free, the writers gave another shocker to the citizen. How? By bringing Holly Sutton back to the canvas. Olivia was the first person to find Holly injured in the boathouse. When she informed Robert and others, they all were extremely shocked. Well, who wouldn’t? Robert and Holly also had an emotional reunion after 2 years. Unfortunately, when Holly was asked where she was all these months, she had no answer.

Turns out that Holly has no memory of the past two years. So, she wouldn’t know how and who held her captive. However, one thing to notice here is everyone noticed that Holly would get scared and anxious when she hears Victor’s name. Is Victor the captor who kept Holly hostage? Fans did speculate Victor was the one. But could that sole thing be the reason why Holly is scared? Doubt that. Let’s discuss this even further.

Victor has a h istory of controlling people’s minds. Earlier, he did the same with Drew. So, it won’t be a surprise if he does that again. But who could it be? In Port Charles, all the characters are physically and mentally doing good. No one has yet shown any kind of symptom which might create doubt. As mentioned above, chances are there, this time, it might be Holly’s turn to get chipped.

Since Holly remembers nothing, she might also not know that Victor might have implanted a chip inside her brain. Then also, she might know something is off, and maybe that’s why she is scared of Victor. Other spoilers did mention how Victor celebrated as if he had succeeded in his plan. He also mocked that people will be busy listening to Holly’s rant. So, it is clear that Holly’s return and Victor’s celebration is definitely linked. If Victor really has put the chip inside Holly’s brain, what might be the possible reason behind it? It can’t be a random act or an experiment. Something big is to happen or has already happened. What could it be?

General Hospital spoilers hint that Hook killer has already found their target. However, it is unknown who might get hooked this time around Halloween. Fans over the internet are speculating that Olivia might be the next victim. One thing to notice here is the hook killer’s victims are somewhere or the other related to Victor. Either they don’t like Victor or have plotted against him in the past.

In GH, Victor is a slippery character with a history of revenge on those who mess with Cassadines. Is it possible that the hook killer itself is linked with Victor? Maybe someone who works for him or is knowing or unknowingly attacking people.

To speak of unknowingly attacking people, it does remind us of the chip incident. The one who is chipped will be directly under Victor’s control. The chip made them lose memory and become Victor’s robot. Coming back to Holly Sutton

, her situation kind off looks similar. Does it mean Holly is the Hook Killer attacking people who Victor targets? Chances are high since Diane also said that she saw a woman’s face inside the hoodie.

Speaking of Olivia, she was the one who first saw Holly in the boathouse. So, chances are there that she might again go there and get hooked by Holly. Looks like this might be one of the scenarios which the writers might take. Let’s wait to see where the storyline takes us. General Hospital airs every weekday on ABC. for more updates and spoilers, visit our website, TV Season & Spoilers.