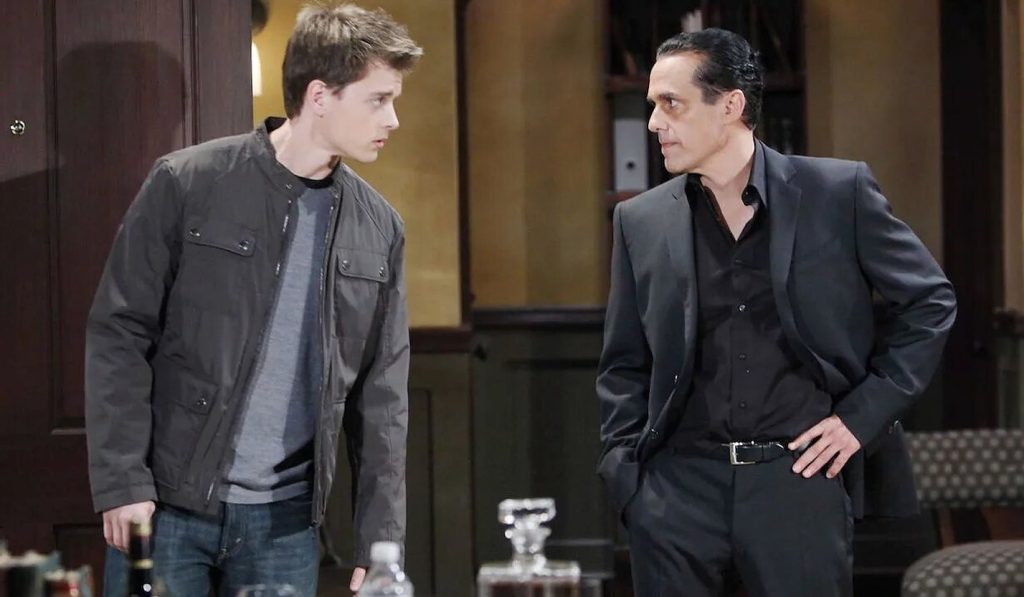 General Hospital: Michael And Sonny Call TRUCE, Michael Turns His Back To Carly

General Hospital spoilers tease a massive twist in the story. Chances are there that after Carly’s deception, Michael might be so disappointed that he takes a huge decision. Will Michael kick out Carly from his life and embrace Sonny? Recent scenes point towards the same! Will Michael also stop Dex from plotting against Sonny? Let’s discuss what might happen between the father-son duo.

It’s been years since Michael and Sonny properly spoke with each other. It all started with Sonny choosing Nina over Carly. Michael never liked how Sonny behaved with his mother. So, he decided to take revenge on his father. While both father-son duo always looked for ways to take the other down, the recent scenes showed a different side of them.

Carly’s deception has spread like wildfire throughout the family. Michael, who was quite invested in his mother, got a huge shock. He was completely appalled when he learned about how she kept such important information from everyone for these many years. It was the first time, after so many months, the fans got to see an unusual scene on the screen. It was of Sonny and Michael having a proper conversation with each other after years of enmity.

Both came clean about their disappointment with Carly and how it has completely turned their life a mess. Sonny gave Michael hope

and asked him to calm down. In soaps, every scene has a meaning which might not make sense for now but definitely will down the road. Could this mean something of the same? Will this deception open paths for Sonny and Michael to call a truce after years? Let’s discuss what might happen.

After the recent betrayal and a decent conversation with his father, Michael might make a huge decision. General Hospital spoilers tease that Michael might now decide to embrace his father and turn back to Carly. Once he changes his alliance, that might become the biggest twist in the storyline. Given how both father-son are maintaining their enmity, this step might be unexpected!

As for Michael, he has always wanted to put Sonny behind bars for betraying his mother. But when Carly herself deceives Michael, he might take everything wrong and decide to shift alliance. Even though Carly just wanted to save Willow, he might still understand her to take. Michael will rather feel like it should have been Willow’s decision to keep Nina away rather than Carly’s. If this happens, how will Carly react to all of this? It will be interesting to see how things move forward in the storyline. Watch General Hospital, it airs on ABC network. For more updates and spoilers, visit our website, TV Season & Spoilers.