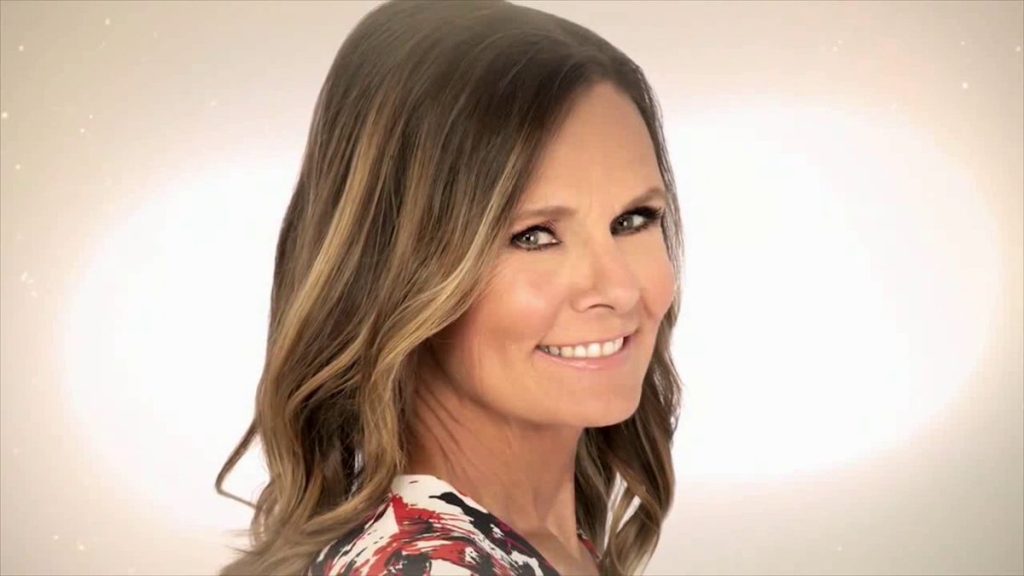 General Hospital characters are on a crusade to bring down the strong and mighty! While Michael is chasing Sonny’s tail, Valentin and Anna are conspiring to tear down Victor. Now, joining forces with VANNA is Lucy (Lynn Herring). Although, initially, she was hesitant in involving herself in any mess, she eventually lent her support. Here is what she has to say about the intriguing storyline!

General Hospital actress Lynn Herring recently spoke to Soap Opera Digest regarding her upcoming meaty story! “This is the first fun and truthful and challenging section for Lucy in, you know, nine years,” the actress confessed. “So it’s amazing to have something to sink my teeth into. It is the most fun I’ve had in years.” Talking about her working equation with her co-stars she said,  “Working with Finola Hughes and James Patrick Stuart (Anna and Valentin) and Charles Shaughnessy (Victor) is a hoot!”

“It’s almost like there’s a volcano that’s been dormant and they gave her only a little lava and off Lucy goes!” Lynn laughed. “I think the germination of her involvement with Victor was, ‘I want to help Martin,’” she pointed. “But that opened up the part about, ‘Wait a minute. I still have a lot of strengths here and I’m smart and I haven’t been using all my skills,’” The General Hospital actress added. “Which then turns to Lucy’s ego about using her wiles.” Lynn mused. “It’s a two-edged sword, because she feels like a strong, empowered woman.” However, “on the other side, she’s using her sexuality and her wiles, which isn’t always politically correct.”

However, when it comes to Victor, you never know what’s cooking in the big man’s head. He doesn’t give away what he’s on to. For all Lucy knows, she could be the one getting entrapped and not the other way around. Although, Lynn admits that “She is aware that she is putting herself in danger,” The General Hospital actress added. “But right now, she is kind of running into the storm. She’s not unaware of the danger she’s putting herself in, but at this point, she thinks she can control anything.” However, she confessed, “Which is wrong, but she thinks she can!”

Well, as interesting as this storyline is, we really hope Lucy does not fall into trouble she can’t get out of. Victor is too cunning to be taken lightly. What do you think? Will Lucy succeed in her ploy? Or will Victor catch on to it? Please share your views in the comments. Also, do not miss out on the next episode of General Hospital on ABC. Explosive stuff is coming up!