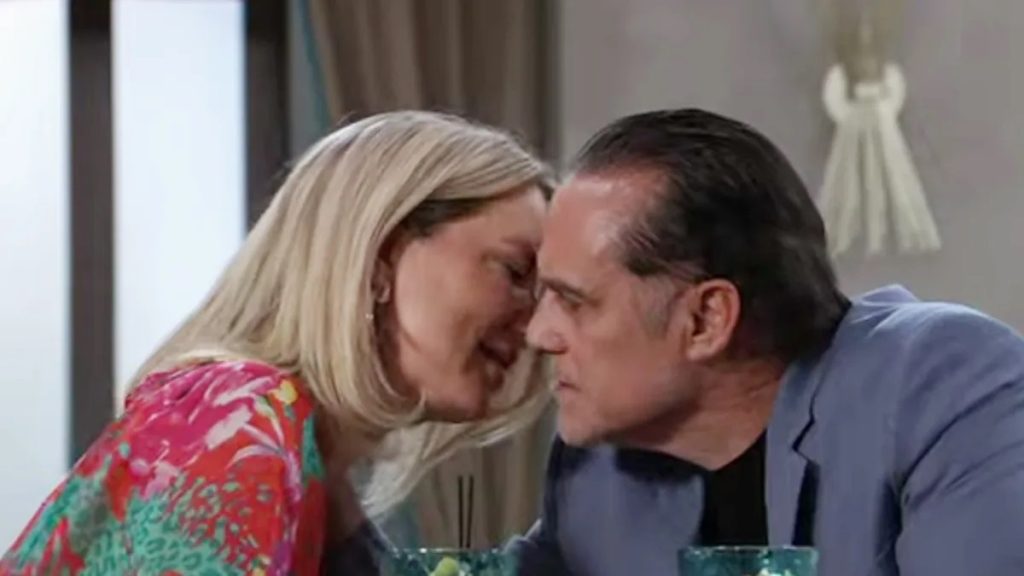 General Hospital Recap For August 9, 2022: Ava And Nikolas Make A Decision, Nina And Sonny Back Together

General Hospital recap for August 9, 2022, revealed the story of Ava and Nikolas’ marriage. Scott asked Ava if the divorce was still on, Ava agreed, but Nikolas did not. He took her aside and told her that it would be ideal for them to stay married after what happened with Esme. If they are married, Nikolas would not need to testify against her. Moreover, everyone was looking for Esme after Spencer’s arrest.

Elsewhere, Sonny asked Nina to give him another chance, and she agreed. The two got back together and shared a passionate kiss. However, right then, Smoltz arrived, and Sonny almost punched him. Speaking of punches, in an unexpected twist, Cody punched Scott as soon as he saw him. Why did he do that? Here is everything.

Nikolas Will Not Divorce Ava

In this episode of General Hospital, we saw Cody and Liesl meet at the Metro Court pool. Britt warned Liesl about Cody’s flaws, but she was completely charmed by him. Liesl told her daughter to have some fun. Meanwhile, Scott asked Ava about the divorce. She showed him the papers and told him the circumstances for their divorce had changed.

However, in a shocking twist, Nikolas refused to sign the papers and talked to Ava. Nikolas told her about Spencer’s arrest in Trina’s case. Furthermore, after his arrest, everyone was looking for Esme. He was quite sure she was dead. Thus, he suggested it would be best for them to stay married at the moment. Moreover, Nikolas would not have to testify against Ava if he were her husband. Finally, Ava agreed to Nikolas’ plan but told him she wouldn’t be coming back to Wyndemere.

Meanwhile, Scott joined Liesl and Cody. He recognized him from the ads for lawyers, and Scott offered him his card. To everyone’s surprise, Cody punched Scott, telling everyone that he had been waiting to do this for a long time. Liesl and Britt

were utterly shocked to see this.

Later on, Sonny and Nina met at Charlie’s pub and discussed their relationship. A lot had changed since Nixon Falls, but Sonny assured her they could fix it if she could give him a chance. Smoltz arrived and asked them for a comment on Sasha’s new scandal. Sonny almost attacked Smoltz, but Nina held him back.

After Smoltz left, Nina told Sonny about her inability to escape the world. Sonny told her they could go through anything if they were together. Nina confessed Sonny was worth the effort, and she was ready to be brave. The two of them shared a passionate kiss and were reunited once again.

Meanwhile, Sam spoke to Dante at the Metro Court about their plans. Dante wanted them to move into his place, but Sam did not like the idea. She felt that the house still belonged to Lulu Spencer in her mind. Dante assured Sam that whatever had happened with Lulu was in the past.

Drew was near them, meeting Mia, the previous executive coach. Carly thought Mia would be an ideal replacement, but later, she realized she wanted her life back. Valentin ran into Carly, Mia, and Drew, then met Victor. Victor was trying to buy Spencer out of prison. General Hospital airs weekdays on ABC. Catch the latest news and spoilers from the show only on TV Season & Spoilers.