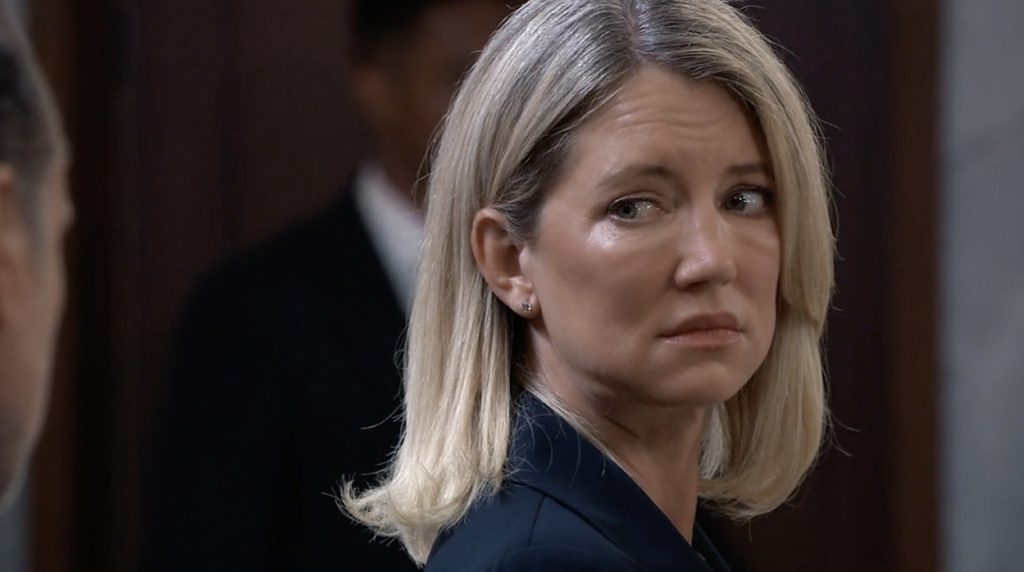 General Hospital spoilers claim that there might be big shakeups in the upcoming episodes. The power couple – Nina and Sonny, might break up. Sonny is right now trying to sort things up between them. But, Nina might still not be convinced by Sonny’s repetitive pleas. It is also speculated that Nina might take a huge step after the possible breakup. What is it? Keep reading to find out what unfolds in Sonny and Nina’s storyline.

Sonny and Nina’s relationship has been patchy past few months. Now, it is time to clear things up between the duo. The spoilers claim that they both will have a talk where Sonny will tell her that Nina is worth it for him. Adding to that, he will ask Nina if he is worth it for her. It is not clear what Nina’s response is going to be.

However, Nina knows that if she gets back with Sonny, there is a problem. She knows that Carly is a person who will forever be a part of their relationship. No matter what happens, Sonny won’t be able to let her go. Sonny has a past with Carly. He has spent most of his life with her, and she is also the mother of his children. So, this might become a problem for their relationship.

It is evident that Sonny is physically with Nina, but deep down, he has a soft corner for Carly. Why would he not have? She is his wife! However, there is only one thing that Nina wants, and that is loyalty! And, fans know that Sonny might not be able to provide it, intentionally or unintentionally. The spoilers for General Hospital already claimed that Sonny clearly told Nina that Carly would always be a part of his life.

Whenever Carly wanted Sonny, he was always on time for her. Even when Carly and Nina had issues with Metro Court, Sonny literally went and asked Nina about her ulterior motives. He felt more protective of Carly than of Nina. No matter what, one cannot forget the fact that Sonny and Carly share a very long past. No matter what, they are bound to get close to each other. Will all this leave Nina to feel alienated? Will know that in upcoming episodes.

Nina Gets Heartbroken; What’s Next For Her?

It is speculated that Nina might get heartbroken by Sonny soon. All she ever wanted was a family, but her wish might not get fulfilled by Sonny. There are possibilities that these issues might actually pull Nina back to her ex, Valentin.

Not to mention, Valentin is also having problems with Anna. She doesn’t like the fact that Valentin is hiding things from her, especially since Victor is also involved. All this might lead to both getting gravitated toward each other. Sooner or later, Nina has to taste reality and go with the flow. Watch General Hospital, which airs every weekday on ABC. For more information on spoilers and updates, visit our website, TV Season & Spoilers.