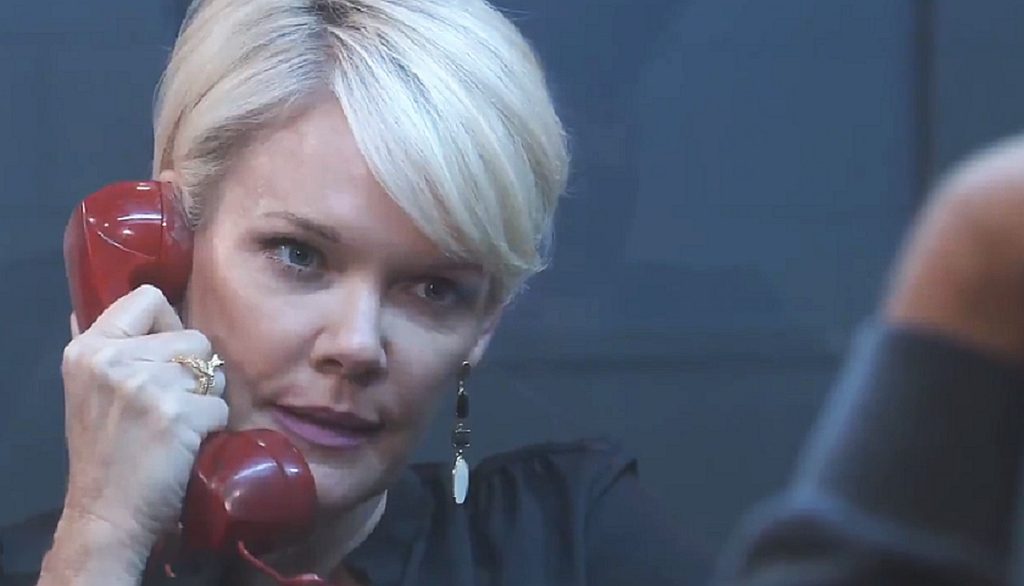 General Hospital spoilers suggest that Ava might lose her temper when she sees Esme with her baby bump. Owing to how angry she feels, she might do something nobody thought Ava would do. GH’s spoilers hint that Ava might end up getting Nikolas arrested and becoming the only one in charge. It looks like Ava will use the video evidence against Nikolas and put him behind bars. Would she really do it? How will the whole storyline move forward? Keep reading to find out

General Hospital spoilers suggest that Ava is angry. In fact, she is very angry. There are a couple of legitimate reasons why she is so angry. GH viewers keeping up with the soap know that it wasn’t long before Nikolas cheated on Ava with Esme. This truth has pushed Ava off the track, and she has been spiraling down ever since.

Further spoilers suggest that Ava might soon come to know about Esme’s pregnancy. While Nikolas is trying very hard to keep the truth under wraps, it doesn’t look like he will be able to keep it hidden for very long. Truth has a way of coming out on General Hospital, and it won’t be long before Esme’s truth comes out too. Once that happens, all hell will break loose, and Ava will do something nobody thinks she’d be doing. What would Ava do?

In the recent episodes of General Hospital, GH viewers saw Nikolas recording a video where he took responsibility for whatever happened to Esme all on himself. He let Ava off the hook for not only killing Esme but anything and everything that happened to her. Nobody except for Ava knows about this recorded confession. She is the only person who even has this. So, it is possible that if she loses her temper, she might do something like exposing Nikolas and put him behind bars.

General Hospital viewers know that Ava has a temper issue anyway. So, she might go as far as getting Nikolas arrested. She could very easily hand over the confession video to Jordan, and she wouldn’t have any other option but to arrest him. Ava hasn’t really taken any revenge ever since she came to know about the Nikolas truth. She deserves to have a chance where she avenges Nikolas.

Lately, Ava has been through a lot. First, she had to bear the truth about Nikolas’ cheating. Then, she survived the hook. So, she clearly has been dealing with a lot, and when she comes to know about Esme’s pregnancy, she is going to lose it all. It will be fun to see Ava taking the driver’s seat again and seeking some revenge on Nikolas. Would Ava really do something of this sort? We will know soon. General Hospital airs on ABC all weekdays. Don’t miss the action.