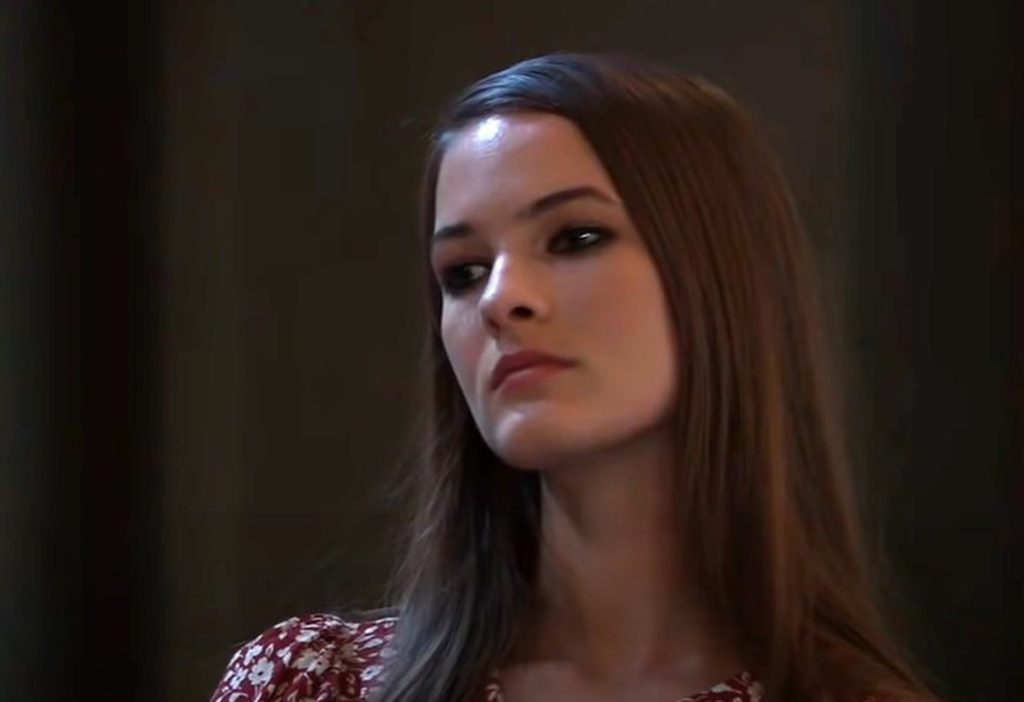 General Hospital Spoilers: Esme IS BACK! Poses As Kiki To HAUNT Ava

General Hospital spoilers speculate that Esme Prince is not dead. She will make a comeback to take revenge on Ava sooner than later. However, the speculations suggest that Esme might be onto something sinister. The speculation has it, this time, Esme will pose as Ava’s dead daughter Kiki to go forward with her plan. With all the hints GH has dropped, it is clear that Esme will now scare Ava and push her to a corner as a part of her revenge. Let’s join the dots and see what Esme might come up with.

General Hospital viewers keeping up with the soap know that after Ava and Esme’s showdown, Ava shoved Esme down the parapet. Esme fell to her presumed death. But, fans know that Esme’s body was never recovered. However, it was hard to believe that the soap’s main villain was dead all of a sudden. However, later on, TV Seasons & Spoilers joined the dots and reported that Esme might not be dead after all. It said that Avery Kristen Pohl, the actress playing the role of Esme Prince, has recently signed a contract of three years with General Hospital.

Not to mention, Esme used to trend on Twitter every day when her scenes aired. And GH writers have made so much effort to build her and her bio dad story. It would be a shame if the villain turned the main character would die that sudden. Nevertheless, it is common in soaps for a character to be presumed dead only to return after a few episodes. Everyone was speculating that killing Esme would not make sense. So, it is likely that all of that will come true, and Esme will return with a sinister plan.

General Hospital writers are surely going to adjust Esme in a clever and calculative manner this time. Looks like Esme is going to come back! General Hospital has given enough hints for viewers to show the storyline’s direction. With the recent attack on Ava, writers have decided not to bore the viewers with culprits which Jordan suspects. We know that Jordan interrogated everyone present at the picnic. She also thinks that it has to be someone from the picnic only to attack Ava. However, writers surely want to give a huge twist to the storyline right in here. Jordan will be wrong!

Looks like Esme has already returned the night Ava was attacked. She might be the one who attacked Ava. However, she won’t stop with that, as Ava survived. So, what more deadly plans are in store with Esme? Let’s join the dot and find out the answer.

Long-time GH viewers would recall, When Esme had come to PC, she set Ava’s car on fire. She cleverly planted Kiki’s hospital badge under the car to torment Ava. Esme knew Ava would be broken to find her own daughter plotting against her. However, seeing Ava hurt was what Esme needed at that time. And for that, she used Kiki’s name.

must hate her a lot for brutally stabbing her. To this, Trina mentioned that it could also be someone who used to love her.

Now, if we join the dots, we don’t know if General Hospital writers are planning a comeback for Kiki or not. But, the possibility of Esme posing as Kiki and haunting Ava is super high. Maybe once Ava gets discharged from the hospital, Esme might plot some haunting incidents. Her sole purpose will be to make Ava realize that Kiki’s ghost is haunting her.

This plan will be like hitting two targets with one arrow. Ava will be able to take her revenge, and her name will never pop up in any condition. So, what are your thoughts after reading this article? Comment down your opinions. Until then, watch General Hospital, which airs every weekdays on ABC. For more information on updates and spoilers, visit our website, TV Season & Spoilers.