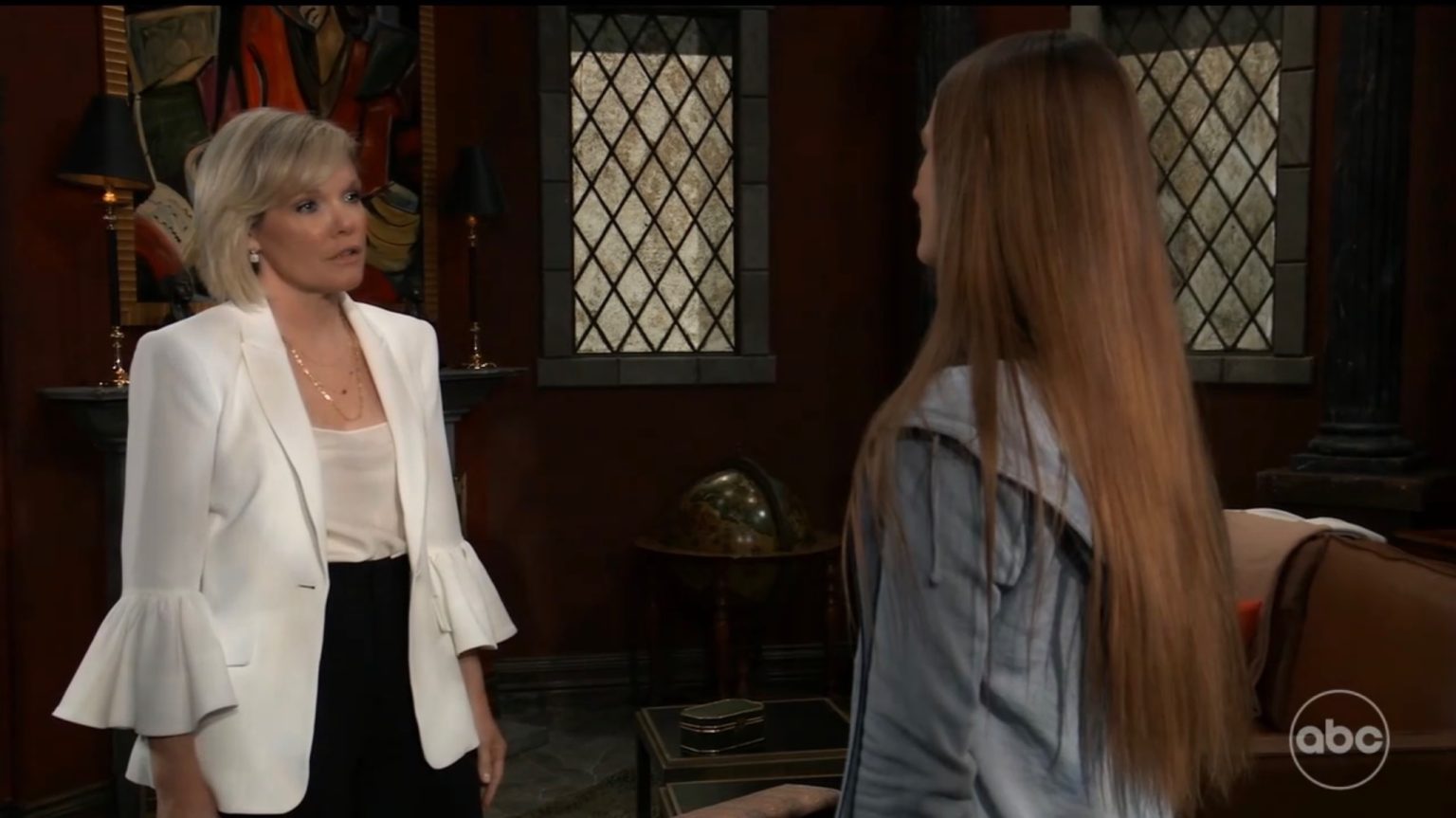 General Hospital spoilers for the upcoming two weeks, October 17-28, 2022, tease that big drama is coming up. In the week of October 17-21, 2022, Ava will confront Esme after she learns about her pregnancy. Next, Lucy will be in great trouble after ignoring Anna’s warnings. Along with her, Valentin will also land in a tight spot. On the other side of the town, Holly Sutton will be back in town and shake everything up.

During the week of October 24-28, 2022, Sasha will get some updates about her conservatorship. Then, Spencer will have some new visitors. Elsewhere, Elizabeth will want to recollect her past memories and leave for the Mariana Islands with Terry. Will she be able to recollect? Let’s see what is brewing in Port Charles in the upcoming weeks.

General Hospital Spoilers For The Week Of October 17-21, 2022: Lucy And Valentin In Danger!

This week, starting October 17, 2022, Anna will warn Lucy to not go to Victor. Looks like Victor will invite Lucy for a midnight cruise, which will actually be a trap. Unfortunately, it won’t be just Lucy who is in trouble, but also Valentin. Victor already knows that lucy is working for Anna. But till now, Victor only has a hunch that Valentin might be a part of it.

Whatever the case, Victor will remember the time when Valentin said that he could kill Anna for the sake of Charlotte. So, maybe it is time for Victor to put his loyalty to the test. General Hospital spoilers say that Victor will order Valentin to take down both Anna and Lucy. However, someone else might also be lurking from behind, could that be the hook killer? The chances are high. Regardless, the situation will leave Anna worried as she won’t know how to save both of them.

Over with Robert, he will visit Diane and wonder if she has got some new hook-related hints. Later, Olivia will ask Robert to visit the Quartermaine boathouse. Robert will be stunned to see someone there. Holly Sut ton will be sitting there with wet hair and confusion all over her face. He will be shocked to the core after seeing this. Other spoilers already hinted that Victor might be controlling her thoughts. Chances are there that Holly might be the hook killer who has no control over the killings. Victor might be the one controlling each and every move of Holly.

Brook Lynn’s Reminder Of The Past

Elsewhere, The General Hospital spoilers for the week of October 17, 2022, suggest Britt and Cody will open up about their ordeals. Looks like Cody will finally decide to get his DNA test done. As for Britt, she will also open up. Soon the conversation will become about Peter August’s personal effects box. So, Cody will offer his help to Britt to find out what Peter’s agenda is.

At the Wyndemere, Esme will think she is safe but will soon land in trouble. Looks like this week, almost all characters will land in hot water in some way or the other. General Hospital spoilers tease that Ava will have a face-off with Nikolas. When she learns about Esme and her pregnancy, it will be Esme’s turn to have an earful.

General Hospital Spoilers For The Week Of October 24-28, 2022: Spencer Has New Visitors

During the week of October 24-28, 2022, Victor will grill Trina and might also ask her to meet Spencer. Speaking of Spencer, he’ll anyways get new visitors. Josslyn and Cameron will finally come to meet Spencer in Spring Ridge. However, it will be interesting to see if Trina goes there or not. Nevertheless, Spencer might eventually try contacting Trina or might even summon her.

Across the town, Liz and Terry will leave for the Mariana Islands. So, we will see Liz trying to recollect her memories by going to the very house where the staircase incident took place. Terry will also accompany her in this. Will Elizabeth be able to recall anything? We will have to wait to see what happens.

At the hospital, Willow will get some updates about her health crisis. So, it looks like Willow will officially complete her first trimester. So, she will be ready for chemotherapy and will also come clean to Michael. Elsewhere, Victor will make a huge announcement regarding some issues. So, we will have to wait to see what he is going to come up with.

Across the town, Nina will continue to mull over her thoughts about Ava’s plan. Even though she doesn’t know about the whole Esme mess, she will suspect that Ava is hiding something from her. On the other end, Carly and Drew will come closer to each other. Stay tuned, General Hospital airs every weekday on ABC. For more updates and spoilers, visit our website, TV Season & Spoilers.