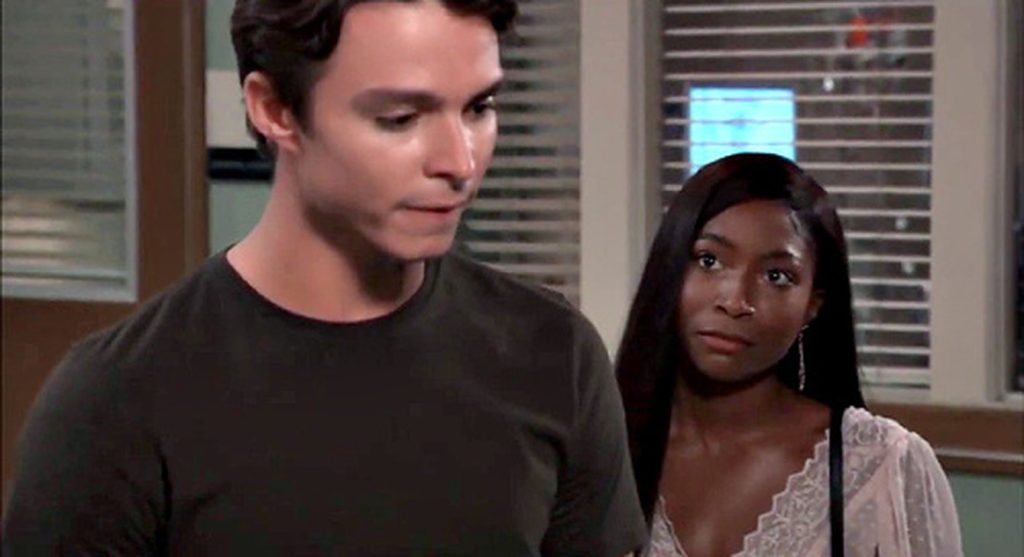 General Hospital Spoilers For The Week Of January 23-27, 2023: Trina Is CONCERNED, Lucy Is In DANGER

General Hospital spoilers for the week of January 23-27, 2023, reveal that Trina will learn about Spencer’s baby plan and flip out. She will feel like Spencer is doing everything for revenge and will ask him to watch his steps. Elsewhere, Cody will be surprised to know that the Gladys he knows is the same person Sasha mentioned. He will later help Gladys to get through her new debts with Selina Wu. Over with Drew, he will rethink his decision of leaving Carly. Keep reading and find out what is brewing in Port Charles in the coming week.

Is Lucy In Danger Again?

First, Anna and Valentin will prepare themselves to barge into Victor’s new place. General Hospital spoilers claim that Anna will discover another huge shocker. She may find that Victor has sent Lucy to a new hideout. Then again, Valentin and Anna might also get into a huge trap. Anna already suspects Rene, and after getting into a problem, her suspicion on her might increase. Is Victor trying to trap Anna in yet another crime? Stay tuned to see what happens.

Back in Port Charles, Nikolas will seek some help from Laura, but it won’t be of any use since she won’t be able to help him out. The spoilers say Laura will have shocking news for him. Once he realizes that the wall is crumbling, he might decide to escape the town. Elsewhere, Sonny will get updates about Spencer’s baby plan and will be shocked to see him take such steps for the unborn. Trina will also worry about Spencer. Although she is worried, she will also be suspecting his intentions behind such a move. Trina will doubt if Spencer really wants to help the unborn or is just doing it to take revenge on Nikolas.

Next, Liz will also get some shocking updates during the week of January 23-27, 2023. General Hospital spoilers say Cameron might confront Josslyn and Dex if he sees them kissing. He will accuse Dex of ruining his relationship with Josslyn and might also throw a punch. Looks like their physical altercation will eventually end them up in a legal mess. Meanwhile, Josslyn will also seek a favor from someone. She might want to help Dex, who might soon land in a legal mess.

Elsewhere, Carly will struggle to deal with all the hatred she is facing. Josslyn will get updates about Carly’s state and will come to comfort her. Carly will also worry about her relationship with Drew. Now that he has stopped talking to her, she will wonders if their relationship is over. As for Drew, he will get some quality advice from Olivia regarding his love life. Will Drew decide to give Carly another chance? Probably yes!

There are hints that Nina might witness Carly and Drew kissing each other soon. So, looks like Drew might give them a last chance to Carly and get back to her. Things will remain like this for Carly in the coming weeks. If Willow and Michael forgive her, then things might change a bit.

Coming up next, Dante will visit Heather in her cell and will remind her of the deadline. He wants to wrap up the hook killer investigation as soon as possible. General Hospital spoilers reveal that Dante will be pissed off with Heather dragging the investigation and not providing the right information. So, Dante will remind her of the deadline and ask her to pry information from Ryan if she wants to stay at Spring Ridge for longer. Elsewhere, Charlotte will come to know about her grandfather Victor’s sinister moves. She will be disappointed in him and might also confront him.

At the hospital, Willow will make some major decisions. She will now have to decide whether she wants to have an emergency delivery or get the bone marrow transplantation first. Chances are, she might choose to wait for a few more days for the baby and put a pause on the bone marrow transplant procedure. Finally, Cody will also get a confirmation. He will discover that the Gladys he knows is the same person that Sasha mentioned. Since she is facing some major debt issues, he will decide to help her out. Stay tuned and watch General Hospital, it airs every weekday on ABC. For more updates and spoilers, visit our website, TV Season & Spoilers.