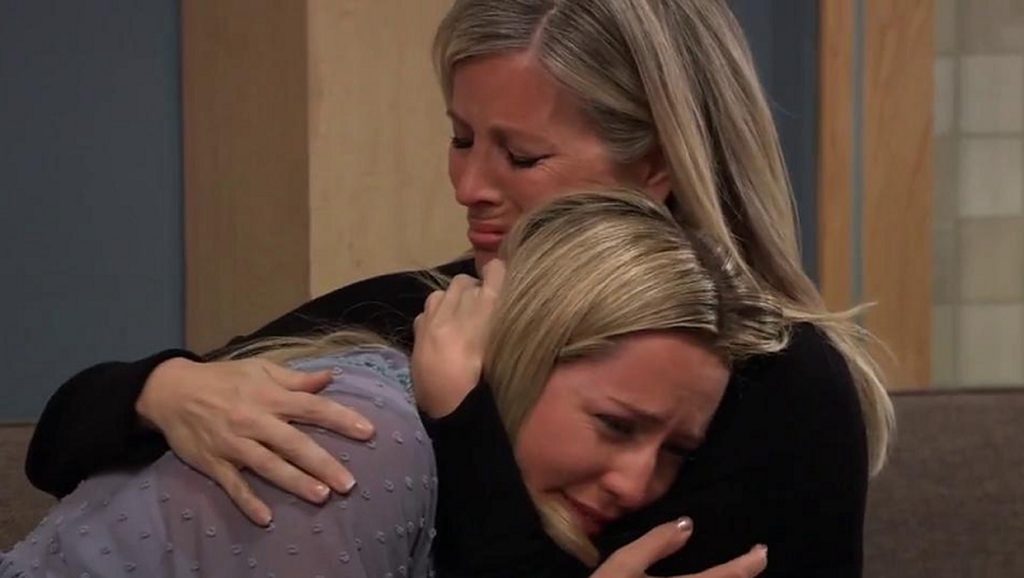 General Hospital spoilers for the Next two weeks, from November 7-18, 2022, show that Liz will reveal Reiko’s secrets to Finn. It will be very difficult for Liz to discover what she has done with Reiko. Elsewhere, Heather will deliver a warning to Scott. This week, Port Charles will be on high alert again. Looks like two crazy people will be on an escape in the town. Who will it be?

During the week of November 14-18, 2022, Portia will receive a relieving update regarding Curtis’ genetic test. On the other end of the town, Robert will confront Holly since he will be suspicious that she is hiding something from him. What could it be? Keep reading to know what is brewing in Port Charles in the upcoming weeks.

General Hospital spoilers For The Week Of November 7-11, 2022: Liz’s Confession To Finn

This week, Liz will be devastated by what she has discovered. General Hospital spoilers tease that Liz will confess to Finn about Reiko’s death. Apparently, years back, Liz came to know about Reiko and Jeff’s affair, and she was the one who pushed her down the stairs. So, this update will be something Liz will be afraid to confess. She won’t know how Finn will react to it.

Elsewhere, Nina will share her suspicions with Sonny. Since Nina saw Willow and TJ hugging, she feels like they are secretly having an affair. However, fans know what Willow is actually doing with TJ. Later, Michael will confront Nina about her suspicion and lash out at her for even thinking like that. He will inform her about Willow’s cancer, and Nina will be completely taken aback. She will feel guilty and would like to apologize to Willow.

Back with Liz, she is likely to land in trouble. In the meantime, the General Hospital spoilers tease that the hook killer will target another innocent life in the town. Could that be Liz? We will know that. Over with Spencer, he will also get a surprising visitor, and chances are that it could be Trina. At the hospital, Scott will cross paths with Heather, a person who he never wanted to see again in his life. She will pass some taunting remarks on him.

At Wyndemere, Nikolas will be shocked to find Esme’s room empty. He will realize that Esme has creatively escaped the place. Later, Victor will come across someone and will feel like he has hit a jackpot. Looks like Victor will find Esme, and both will make a deal. If that’s the case, Victor is surely going to use Esme as leverage to make Nikolas do whatever he orders him to.

Over with Valentin, he will promise Anna that he will take her out of this messy situation. Since Anna will soon be transferred to Pentonville, Valentin will have to quicken the process. Across the town, Jordan will hunt for fugitives, so chances are there that that might either be Esme or Heather, who just escaped the hospital. Stay tuned to know who it could be.

Next week, Carly will discover Josslyn’s secret. She will know that Joss is emotionally distancing herself from Cameron. General Hospital spoilers tease that Carly will know Josslyn has started liking Dex. So, she will want to give some advice to Joss regarding that.

Elsewhere, Selina will invite someone, so it might be Cody for her poker games business. On the other side, Robert will confront Holly Sutton. he will realize that she is hiding something from him and will want to know about it. Speaking about knowing something, Nikolas will seek help from Liz to find where Esme is. Even though he may not tell the entire truth, Nikolas might somehow be able to ask Liz for help. Over with Felicia, she will come across a mysterious person who will back her in a corner. Is Felicia in danger? We will know that.

Looks like Curtis’ genetic tests will come out and reveal that he doesn’t have any genetic markers. So, Portia will feel relieved and continue to keep Trina’s paternity issues a secret. However, absence of markers doesn’t really mean that he is not Trina’s dad. But it’s just that he won’t pass down schizophrenic tendencies. So, Portia will be very relieved by the tests.

Finally, Sonny will grill Brick later and fill make some major discoveries. Stay tuned to find out about that. General Hospital airs every weekday on ABC. For more updates and spoilers, visit our website, TV Season & Spoilers.