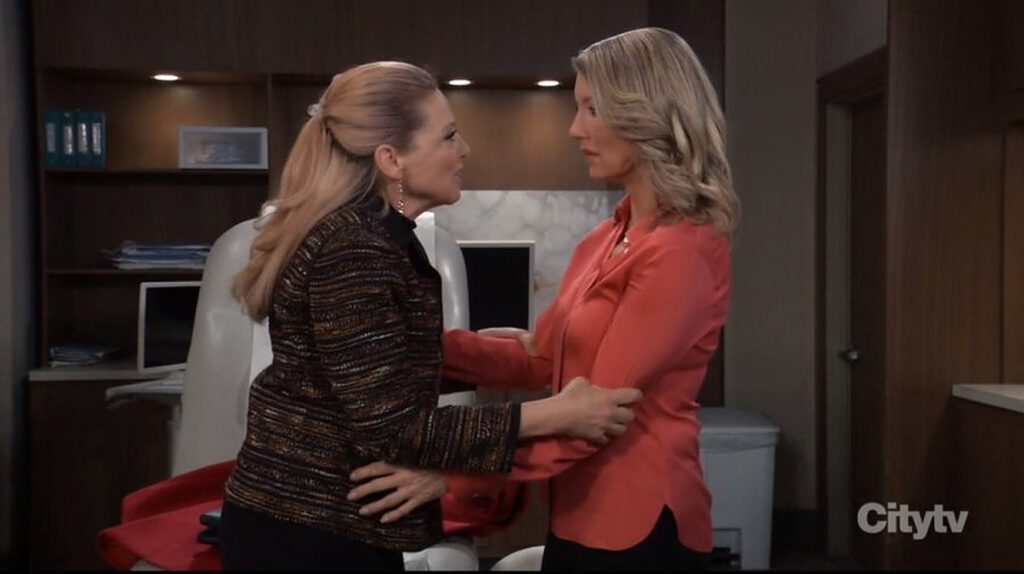 General Hospital spoilers reveal that the show might give a huge shocker to the viewers. Liesl might become the surprising match for Willow. Since Willow hates Nina, Liesl might decide to become the donor and also strike a deal with Willow. What will Liesl want from Willow? Let’s discuss what might happen if Liesl becomes the surprising match for Willow.

After Carly spilled the beans, Nina was really happy that she is the last hope for her daughter. Whether she forgives her or not, she just wants her to live. General Hospital is showing Nina to be the lifesaver, but things might change soon. In soaps, twists are to come in many ways, it won’t be a surprise if the writers actually decide to bring in a huge twist in Nina’s life. Chances are there, Nina might not be a match for Willow’s bone marrow. Anyways, there is not much possibility of parents’ bone marrow matching with that of their child.

Following this huge shocker, what if Liesl becomes the right match? Fans know that she just lost her daughter to the hook killer. So, the storyline might take a good turn, with Liesl being the life-saver of Nina’s daughter. She knows how it feels to lose our close ones, so she might decide to help Nina by saving her daughter. Even though Liesl is a bit old, she does have good physical health. Moreover, given how Willow’s health is getting deteriorated, Liesl might want to use this situation to give Willow a nudge in the right direction. What will she do now? Let’s discuss that.

If the storyline is really headed toward making Liesl the surprising match for Willow, then she might actually decide to sort something out with Willow. General Hospital might show that Liesl might want to help

sort things out between Nina and Willow. Even though she might not use her bone marrow as leverage to threaten, Liesl might rather have a friendly approach and want Willow to open her heart to Nina.

After losing her daughter, she might be in a position where she can talk out of the experience. She might advise that family and relations are very important to sustain life. Even though Willow had a tough relationship with Nina, Liesl might want her to give her mother another chance. The spoilers already hinted that Willow’s forgiving nature might eventually lead to her forgiving Nina as well. So, this pep talk might add to that. Stay tuned to see whether the story comes up with this twist or not. General Hospital airs every weekday on ABC. For more updates and spoilers, visit our website, TV Season & Spoilers.