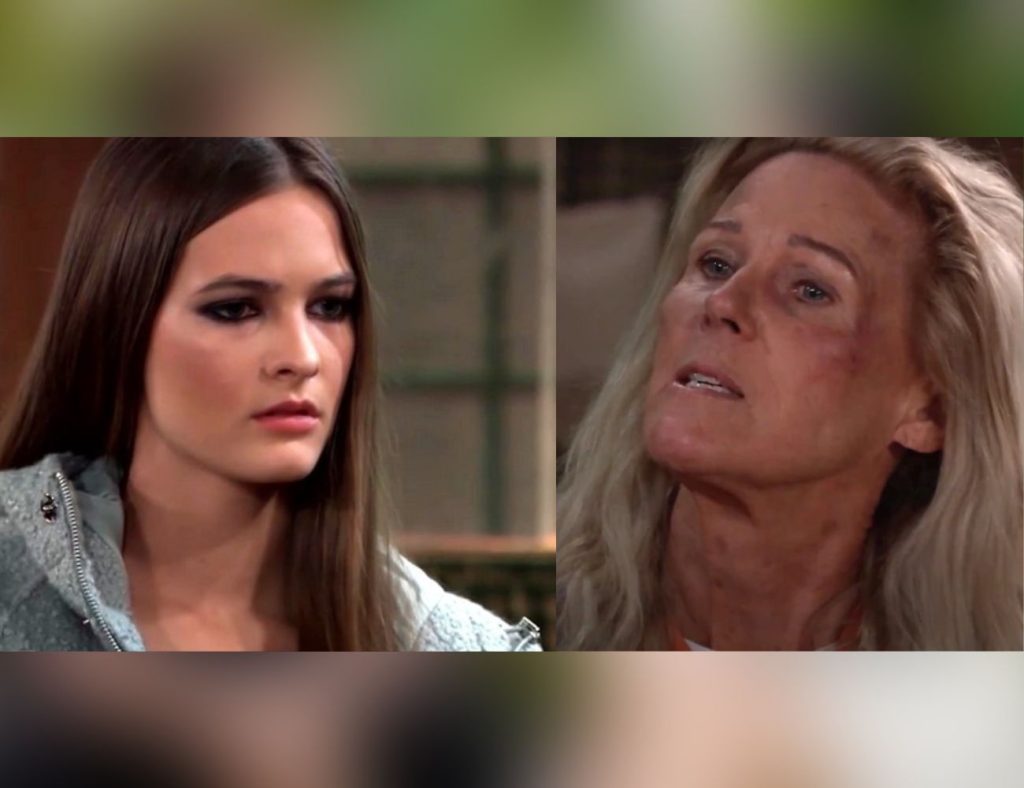 General Hospital is navigating multiple twisted storylines at the moment. However, the one that’s taking all the attention is that around Esme and Heather. Previously, Heather was revealed as the Hook Killer on General Hospital. While it came as an unexpected twist, she really is deranged enough to do it. On the other hand, Heather’s daughter Esme managed to escape Nik’s captivity but landed in the hospital in an amnesiac state. The latest General Hospital spoilers suggest that Heather might be by Esme’s side when she delivers. Is GH setting the stage for Heather skipping town with Esme’s baby? Let’s find out!

We know that Heather is incarcerated at Spring Ridge on General Hospital. However, the raging psychopath has an ally at the gate. Heather comes in

and sneaks out of the low-security prison as she seems fit, thanks to her guard friend. That’s what corroborates her being able to pull off the Hook Killings. Ever since Ryan told Heather about Esme being their daughter, she has been excited about the prospect of being a grandmother. Perhaps she will now start sneaking out to visit Esme at the hospital.

Esme doesn’t remember anything on General Hospital, courtesy her amnesia. Hence, she might just assume Heather to be a friendly visitor. Moreover, Esme has never known Heather to be her mother. We know that Martin is convinced that he can easily get Esme off the hook for the charges she currently faces. Thus, it is only a matter of time before she gets released from the Hospital.

Perhaps post her release, she might go into labor at an inopportune moment with no help in sight. That would be the perfect moment for Heather to sweep in. Esme will remember her as the friendly visitor from the hospital and accept her help. With time running against them, Heather may have to double duty as a midwife and deliver Esme’s baby. But is that all Heather will do?

Knowing Heather and her psychotic history on General Hospital, it is easy to believe that she won’t just stop at delivering Esme’s baby. She had been going on and on about how she wants to be by her daughter’s side when she delivers. What if Heather had been hatching a secret plan all along? Maybe it’s not Esme she is interested in, but her baby. We know Heather lost her mind after her son was shot dead. What if Heather is looking at Esme’s newborn as a do-over baby?

Heather’s ploy on General Hospital probably runs deeper than the waters behind the Cassadine Castle! Heather could have known all along about Esme being her daughter. What if she planned the entire Hook killings to frame Esme in the long run and take her baby away for herself? That seems just like a plan a murderous psychopath would come up with! Does that make sense to you? Please share your views in the comments below. Meanwhile, stay tuned to ABC over weekdays to find out Heather’s next move on General Hospital.