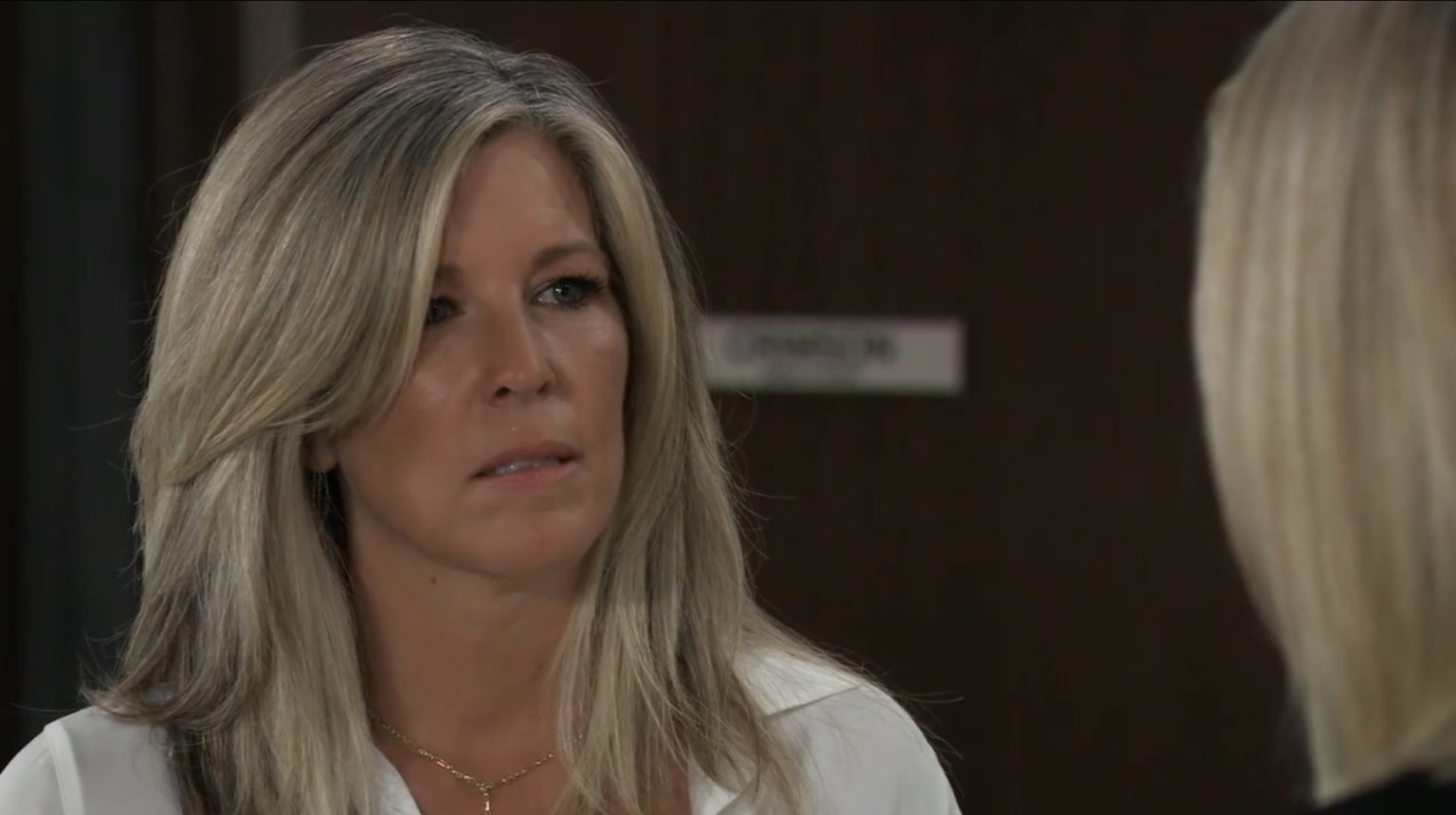 Keeping secrets from each other is quickly turning into a favorite hobby for the Corinthos family on General Hospital. Michael was keeping his crusade to take down Sonny a secret. Which went nowhere, by the way. Then, Willow kept her Leukemia diagnosis a secret from her boyfriend, Michael, which has now landed her in grave danger. However, the link doesn’t end here. Carly, too has been keeping a secret. The one of Nina being Willow’s mother. Will this be a secret that eventually saves Willow’s life? She does need a bone marrow donor! Who better than her mother? But how will this all go down? Let’s dig in!

General Hospital’s Willow’s secret-keeping has landed her in a big health crisis. A much bigger one than it would have been if she had just told Michael and agreed to get treatment. However, now the delay has escalated her Leukemia to stage 4. And now the mother-to-be requires a more aggressive approach to take her illness. Dr. Terry has proposed that a Bone Marrow donor would prove helpful for Willow’s health crisis. However, as far as Willow knows, she has no blood relative that could be a match.

Little does she know that she has one right over her shoulder, NINA REEVES! General Hospital viewers know that Carly has known Nina is Willow’s mother ever since Harmony Miller disclosed it to her, with supporting DNA tests. However, she has kept this fact well hidden up till now since she didn’t think Willow would ever want to accept Nina as her mother. But can Carly keep this secret any longer? Especially now that Willow’s life is hanging by a thread and the only one who can save her is Nina!

Carly Comes Up With A Sneaky Plan On General Hospital

When news reaches Carly of Willow’s predicament on General Hospital, her first instinct would be to reveal Nina’s truth. After all, Nina being Willow’s mother, chances are very high that she will be a match for donating her bone marrow. However, before taking the big step, Carly will try to take a milder approach by coaxing Nina into getting herself tested, just in case.

Carly might start rounding up all their friends to get a test to see if one of them could be a match for Willow. This would be a perfect way of veiling Nina and Willow’s relationship while still managing to get Nina to take a test. Carly might persuade Nina under the pretext of penance for creating trouble between Michael and Willow. On paper, Carly’s plan seems perfect! However, spoilers suggest that it will get derailed! We wonder what would go wrong! And in the process, will the truth about Nina being Willow’s mother get exposed? Keep watching General Hospital on ABC over weekdays to find the answer!