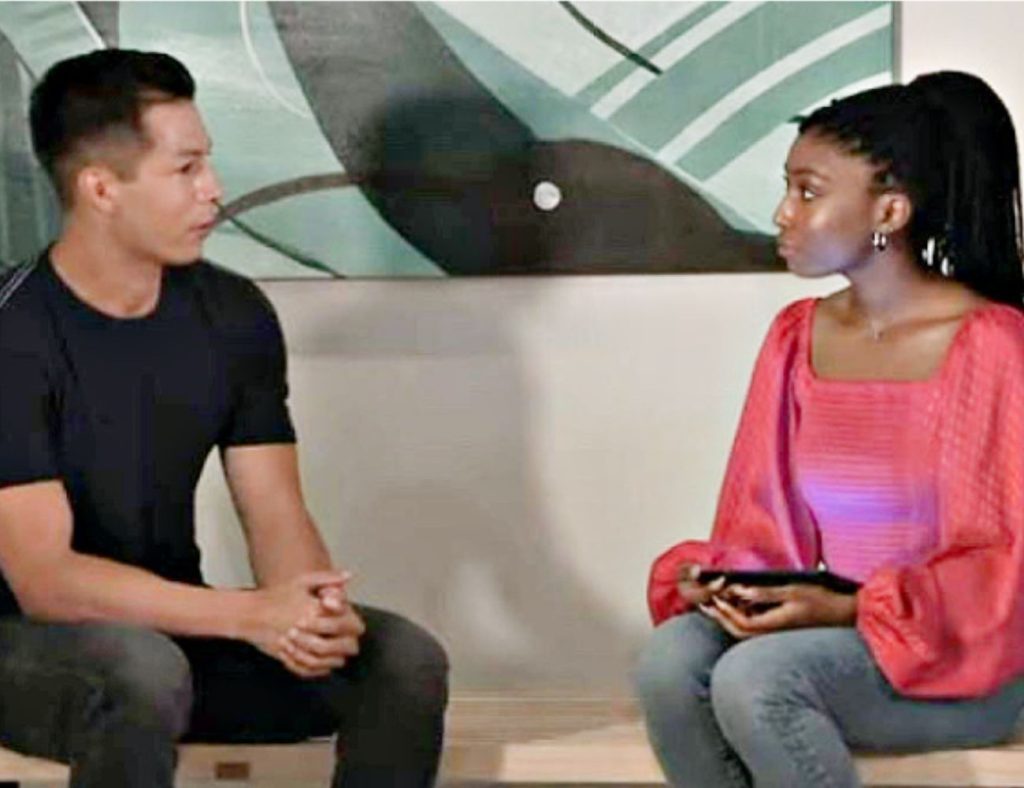 General Hospital: Trina Leaves Rory Heartbroken, How Will He React?

General Hospital had been giving hopes of young love to its fans in the form of Trina and cutie cop Rory for a while now. While Trina had been seething over her debacle with Spencer, her former lover, she had started to warm up to our rookie cop here. Mr. Rookie, too had been acting like a smitten kitten around Trina, tagging along with her to the comic con, assuring to protect her from all harm, etc, etc! However, how long was it going to last?

It is obvious that teen lover Trina still has her heart beating for the Cassadine boy! Sooner or later, she will realize that she can’t quite get over Spencer. Eventually, Trina will decide to forgive him on General Hospital. After all, it’s not like the boy is going to rot in prison forever! He is going to get released soon and be back in Port Charles, and seeing him right in front of her will surely make it harder for her to stay away from Spencer. She will surely break Rory’s heart to go back to Spencer! Should that day come, how would Rory react to the news? We have some possibilities in our minds!

So far on General Hospital, the love-smitten Rory has shown no sign of a darker underbelly! He seems to be one of those people who can be taken at face value. So the good legal samaritan will take the news of heartbreak with a brave face. He will be understanding of the fact that the heart wants what it wants. And, in the case of Trina’s heart, it’s Spencer and not him. So even though he will be heartbroken, he will have a smile on his face and support Trina in rebuilding her love for Spencer.

Rory Takes Spencer Out Of The Way On General Hospital

Rory will realize that things were all hunky dory between him and Trina while Little Cassadine was away in prison. So he will completely remain blinded to the fact that Trina does not love him. And he will start looking at Spencer as the villain in his love story on General Hospital! And what do cops do to villains? They put them away! Thus, Rory might start thinking of ways to get Spencer out of his way. Rory might try to get Spencer in some new trouble with the law by planting false evidence against him. Or, even worse, he may try to kill Spencer and be done with him for good!

In a third possibility, when Trina tries to let him down slowly, he completely loses it. It may turn out that the love puppy was too good to be true on General Hospital. He may show his real deranged side to Trina and kidnap her! He may think that if he keeps her hostage, he will have her all to himself and she will forget all about her feelings for Spencer!

As if, Rory!! *eye roll* !! But hey, we have seen stuff like that go down on soaps before, so it’s not entirely impossible!

What do you think? Which one of the above three possibilities seems more likely to you? Or if you have a fourth option of your own, please share with us in the comments! Meanwhile, stay tuned to ABC over weekdays to find out how Rory actually takes the news when Trina breaks his heart for Spencer!