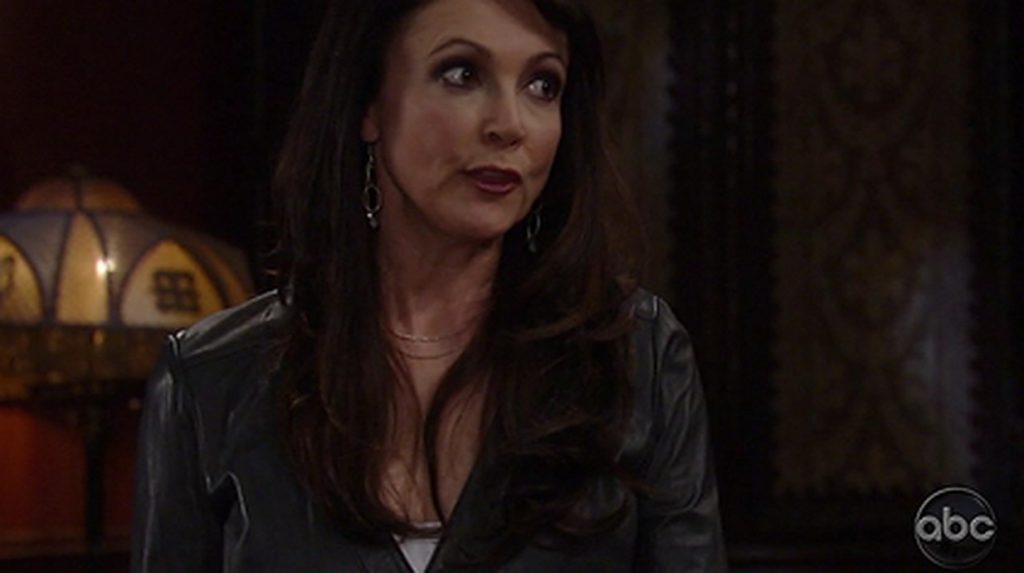 General Hospital spoilers tease that Holly Sutton might be Esme’s biological mother. With the return of a character who went missing 2-years-ago, GH seems ready to develop a twisted storyline for that character. Does Esme returning to Port Charles have something to do with Holly Sutton’s comeback? Let’s discuss the possibility of Holly Sutton having a biological connection with the evil teen of Port Charles.

Holly Sutton, a character who went missing from Port Charles 2-years-ago will be back on-screen on October 19, 2022. She is Robert’s love interest and was last seen two years back. At that time, some mysterious man held her captive. To this date, everyone thinks that she is dead. There was a point when people thought that Peter August might be the one who held her captive. However, Peter is now dead, and Holly certainly didn’t get her freedom. So, that means Holly’s captor is very much alive.

Further spoilers teased that Holly Sutton will be back in Port Charles next week. In those spoilers, there was one thing to notice. That is, Victor would be extremely satisfied with something once Holly makes her comeback. Speaking of Victor, he has a history of keeping people captive and torturing them. Does that mean Victor is Holly’s captor? Chances are very high.

One more thing to notice is this month of October looks like a full meal treat for the viewers. First, it was Esme, who arrived in Port Charles, now Holly will also come next week. Lastly, General Hospital has confirmed Alley will also join the cast by the end of this month. In soaps, making so many important characters return to the canvas simultaneously might not be a coincidence. There definitely must have some strong storyline cooking up in the background. All three of them coming, does it point towards a connection? Maybe a biological one? Let’s discuss about it.

All three important characters returning to Port Charles in the same month cannot be overlooked. General Hospital spoilers claimed that Holly Sutton would return to town and find herself in a tough position. So, what tough position might it be? As of now, hook killer’s chaos is what Port Charles is going on. With the return of Esme, everyone’s thoughts have drifted toward her, and now, everyone thinks that she might be the killer. But the recent spoilers also hint at Holly Sutton

could also be the killer. But will GH put so much of effort into bringing past characters to light just to solve the mystery killer? Well, that might not be the sole purpose.

Previously, when General Hospital announced Alley joining the cast. Everyone speculated that she might play the character of Esme’s nanny, Maggie, if that’s true, the first thing she will do is to rip off Ryan’s lies and tell Esme about her biological mother. By then, the soap will definitely want to come up with Esme’s mom’s character. Holly Sutton coming back to the screen just sits perfectly with the timing. S ince people doubt that Victor is the captor, he might have a slight doubt that Holly is Esme’s bio mom. Maybe that is why he brainwashed her?

Chances are, General Hospital might give the viewers a big twist soon. What if the suspicion on Esme grows only to find that her bio mom was the hook killer? The possibility is very high. All this while, fans had guessed that Felicia might be her mother. But with the recent progress in the storyline, Holly sits perfectly for the role. Let’s wait to see if she really is Esme’s mother. General Hospital airs on ABC. For more updates and spoilers, visit our website, TV Season & Spoilers.