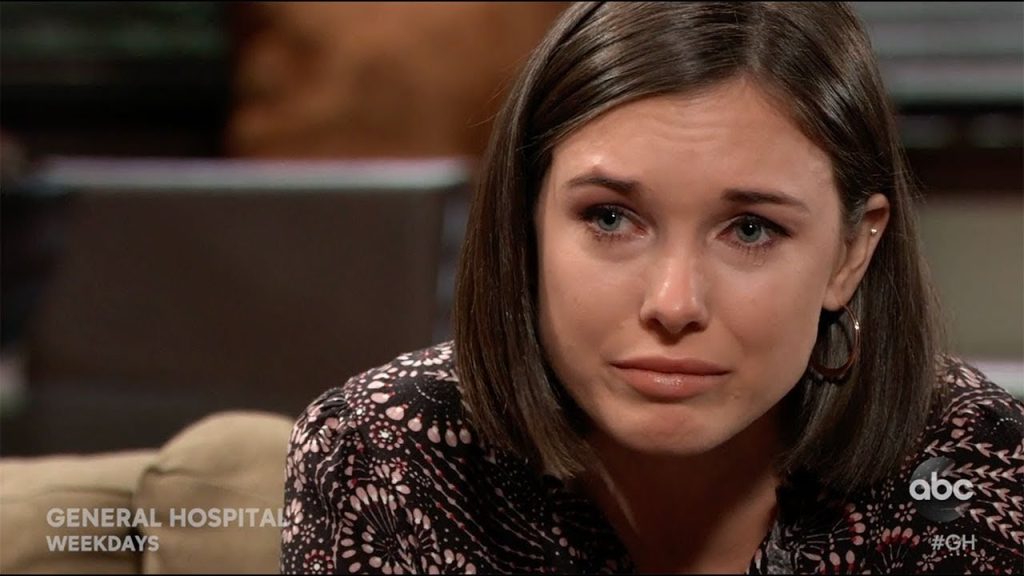 General Hospital: Will Willow LOSE Yet Another BABY?

Unknown to Port Charles citizens, the teen villain Esme has returned on General Hospital. Moreover, it seems she hasn’t returned alone. Going by the glimpse we saw of her, it seems Esme is pregnant! That surely is a shocking twist to the tale. The already intense ride of General Hospital just went a notch higher if this is true!

However, General Hospital history is proof that such twists always come at a high cost. We wonder who could be at the paying end of this cost. We shudder at the most likely possibility. We truly do not want this possibility to come true, and we are sure neither would you! But we feel forced to ask, Will Willow bear the cost of this?

We already know Willow is pregnant with Michael’s child. Adding another pregnant woman to the storyline has meant only one thing in the soap universe. One of them is going to lose their baby. Considering Esme is the literal spawn of Satan, we cannot deny the possibility that Willow might somehow end up suffering at her hand. As if, the poor girl hasn’t suffered enough already on General Hospital. Our hearts are already breaking for her just by the mere thought.

Let’s consider the few possibilities that can take shape in the future episodes of General Hospital. Esme could claim to be pregnant with Nikolas’s child. We know that they were intimately involved. And, of course, he is a wealthy Cassadine! So it’s not too far-fetched to believe that she would claim to be carrying his child! Easiest way to dip her toes in the Cassadine wealth, we would say. While she really could be pregnant, there also is a chance that Esme could be faking it.

Considering that she really is faking it or in an unfortunate turn of events miscarries, she would still need a baby to stake claim on Nikolas. And that’s where Willow could fall prey to this she-devil on General Hospital. We know Willow is doing everything

possible to carry her baby safely to term. Once she delivers a healthy baby, Esme might steal and claim it as her own.

Also, in other possibilities, if Esme really is pregnant and carries the baby to term, she might deliver around the same time as Willow. In case she goes through a stillbirth, she might still feel motivated to swap her stillborn child with Willow’s baby. Morbid, we know. But it has happened many times on soaps.

However, we really do hope Willow does not get pulled into any Esme nonsense. She has already lost a baby before, when the baby she had with cult leader Shiloh had passed away in his crib. Moreover, she had go through the pain again when she got attached to Wiley, thinking she was his birth mother but later it turned out it was Nelle. Willow also is already battling

a life-threatening illness and we do not want new troubles added to her already hanging-by-a-thread life.

What do you think will happen next? Do our theories strike a chord with you? Please share your views in the comments below! Also, stay tuned to the future episodes of ABC’s General Hospital to find out how things unfold in Port Charles.