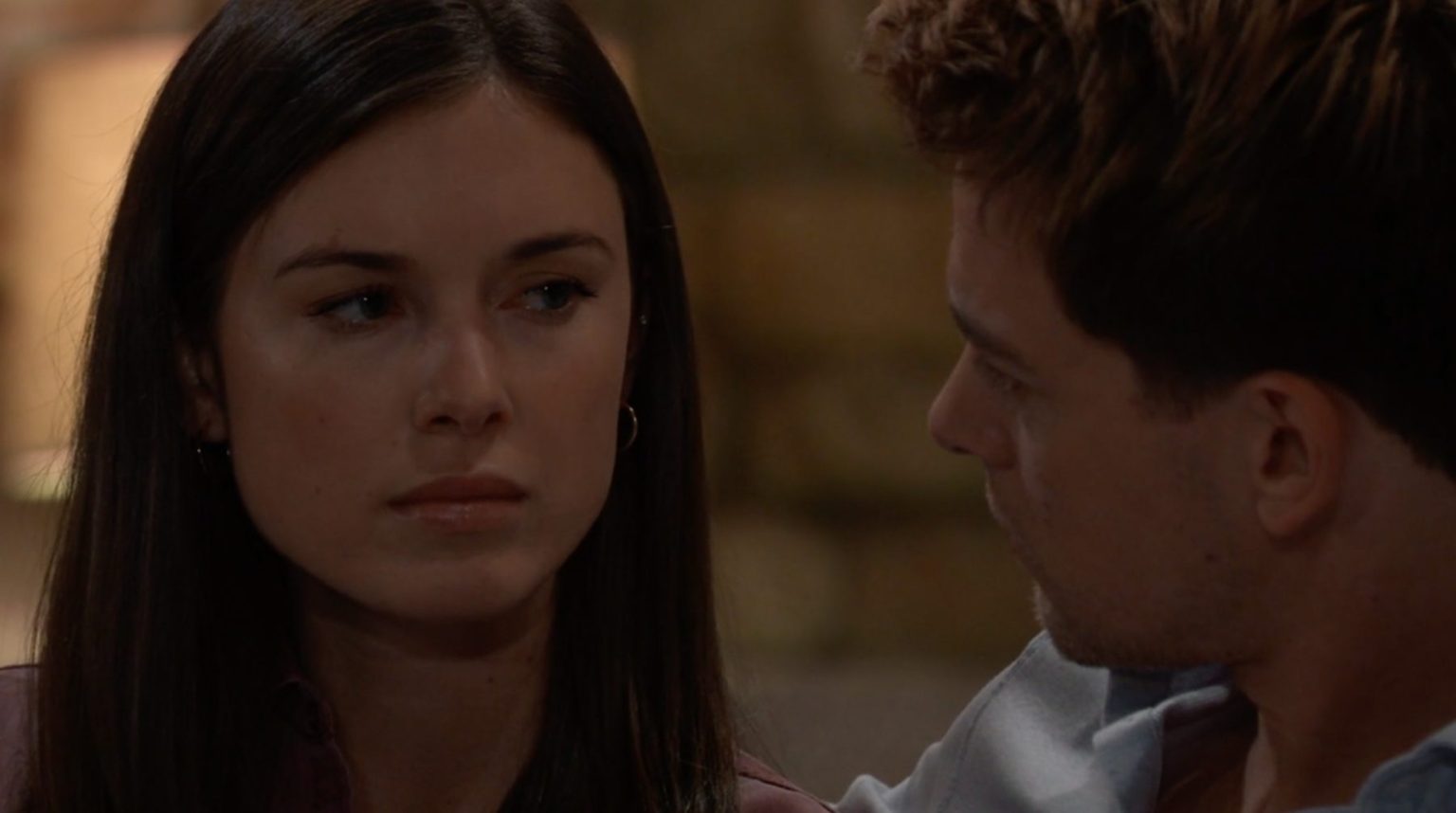 General Hospital episode for June 29, 2022, relays the fight between Michael and Sonny. Michael calls for a meeting to startle Sonny. Leo is curious to know what this means. Meanwhile, Willow is severely ill and is taken to the hospital. Michael is furious at Sonny and assumes Willow’s condition is because of Sonny. However, turns out, that Willow is pregnant. In another part of town, Valentin meets Victor in secret, and Anna is growing suspicious of his act.

In the General Hospital episode for Wednesday, June 29, 2022, Michael called and scheduled a meeting. Sonny, according to Michael, would never see them coming. Leo Quartermaine wanted to know what Michael meant by his statement regarding Sonny after he hung up. Michael attempted to contain the damage and distract Leo.

While Michael was dealing with Leo, Ned and Olivia argued over whether or not to keep Valentin Cassadine in control of ELQ. Ned defended his decision. But Olivia reminded him that he will need his family one day, and they will not be there. Leo didn’t want to bother Ned and Olivia when they were arguing, so he dealt with Comet on his own. This culminated in a fall, and Leo had to inform his parents about it. Ned and Olivia assured Leo that he would always come first.

General Hospital: Willow Is Pregnant, Michael Is Suspicious of Sonny

Willow Tait clearly isn’t paying attention because she couldn’t figure out she was pregnant after feeling dizzy for three months. In the last episode of General Hospital, TJ Ashford takes a pregnancy test to check on Willow. After Sasha Gilmore Corbin drove her to the hospital, Michael Corinthos stopped conspiring against Sonny Corinthos briefly to visit Willow. Priorities can help us.

When Michael saw Sonny, he blamed him and assumed he had done something terribly cruel to Willow to cause her to pass out. Sonny had had enough of Michael’s drama and decided to rejoin Nina Reeves at the Metro Court pool, where they discussed Willow and Michael once more before sharing a kiss.

In this episode of General Hospital, Felicia Scorpio wanted to know about Anna Devane and Valentin’s date. However, when Valentin was watching them from a window, Victor Cassadine interrupted. Victor eventually left to confront Liesl Obrecht about her rejection of Scott Baldwin’s marriage proposal. He met her at the Metro Court pool, where he told her that he is one for hers after she finished telling Nina that Scott Baldwin is the one for her.

In the meantime, Valentin and Anna had a little chat. But Valentin dashed off to meet Victor in secret after receiving a text message. This left Felicia and Anna alone to talk about Valentin. Anna seemed skeptical and wished to learn the truth. Felicia assumed it was about ELQ, but Anna believes Valentin is hiding something else.

General Hospital: Carly To Lose Her Share Of The Hotel

Meanwhile, Drew Cain informed Carly that Valentin, Ned, and the merger were no longer alive. Carly spoke with her stockbroker, who informed her that even if she sold every single investment, she would be bankrupt plus interest.

Carly then mentioned having 30 days before the Metro Court is sold. However, the stockbroker stated that because Carly cannot demonstrate financial stability, they can waive the 30-day period and sell it to the first buyer that comes along. Of course, Carly is heartbroken and horrified by the prospect of losing her portion of the hotel. General Hospital airs weekdays on ABC. Catch the latest news and updates from the show only on TV Season & Spoilers.