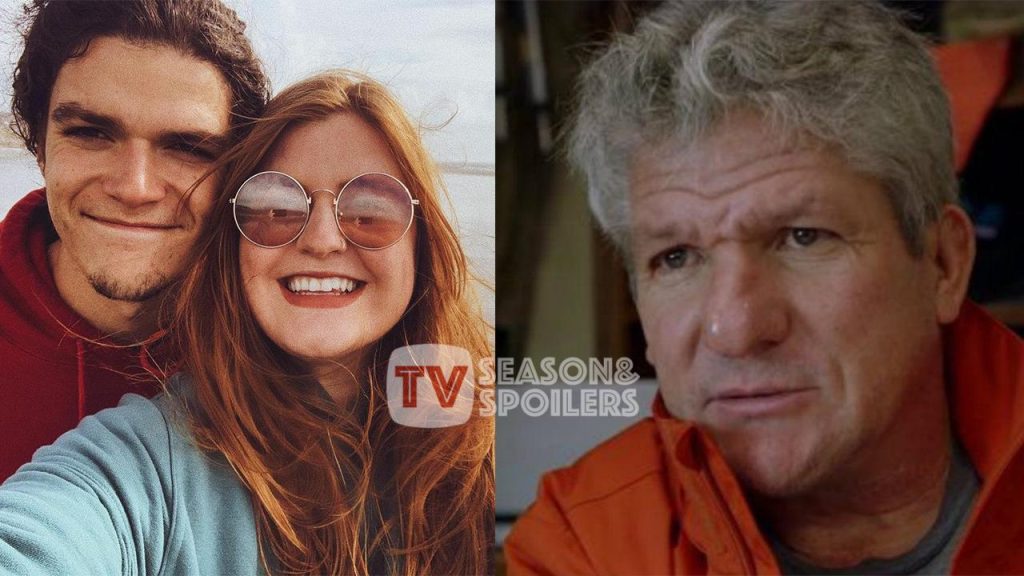 It was indeed a very joyous occasion for the Roloff family from Little People Big World and their fanbase. That’s because beloved grandpa Matt Roloff finally shared pictures from his interaction with Mateo Roloff. Well, the latter is the firstborn son of couple Jacob & Isabel Roloff. However, on his social media, the family patriarch emphasizes that he wants all the fans to see the baby. This statement is very much in contrast with the new LPBW parents’ wish to protect their kid’s privacy. So, are Jacob & Matt in a feud again? Keep reading to know more!

LPBW: Matt Roloff Urged Jacob & Isabel Roloff To Do A Face Reveal Of Their Baby?

Matt Roloff finally took the opportunity and shared a wholesome photo on his social media. Moreover, the post was special as it was his first time posing with baby Mateo. In December, couple Jacob & Isabel Roloff welcomed a newborn baby into this world. Hence, the little one has been spending loads of time with his grandpa, i.e., Matt Roloff. Although the picture was endearing, TV Season & Spoilers reports that the comments section contained mixed responses by the audience. That’s because most people from the LPBW fanbase have been excited to see the baby’s face. However, the new parents have been upfront about protecting his privacy and don’t wish to share such photographs.

Since Matt’s post covered the newborn’s face, too, a fan inquired about it. In their comment, they wrote that they had followed the reality show and even Isabel’s pregnancy. Hence, the person was “upset” for not “finally” seeing the child. Soon, the Roloff family member took notice of the post. Therefore, he replied by saying he tried to “present some ideas” to his son and daughter-in-law regarding the face reveal. However, they didn’t budge as they are “smart” and know what “they want” for their child. Yet, he called his grandson very “cute” and expressed his wish for all the fans to see him “one day”.

Since Roloff’s family head’s comment, neither of the parents has replied. Therefore, it seems like they will stick to their wish to protect their son’s privacy. Despite this, new mother Isabel Roloff continues to share pictures of her little one without focussing on his face. While some people from the fandom appreciate the couple for this, others really want to see the child.

This isn’t the first time some LPBW fanbase people have expressed disappointment regarding the abovementioned matter. Apparently, it happened again when Isabel posted another photo with her child at Roloff farms. As predicted, she kept her son’s face away from the camera. Later on, a troll commented on her photo, asking, “what’s the problem” and she should just “turn” him around. After this, Isabel’s husband Jacob

came to her rescue and told the commenter that people like him are the real problem by simply commenting “you”.

Before this, amidst Isabel Roloff’s pregnancy phase, many people had expressed being disheartened yet again due to the couple’s decision. However, the couple has established numerous times that they find it wrong that young children can’t consent to their pictures being shared. Hence, they have decided to wait. Moreover, the duo also has a reputation for keeping things from their personal lives low-key on social media. So, do you think fans will get to see baby Mateo’s face soon? Tell us in the comments below! Meanwhile, keep checking TV Season & Spoilers for more such LPBW based news.