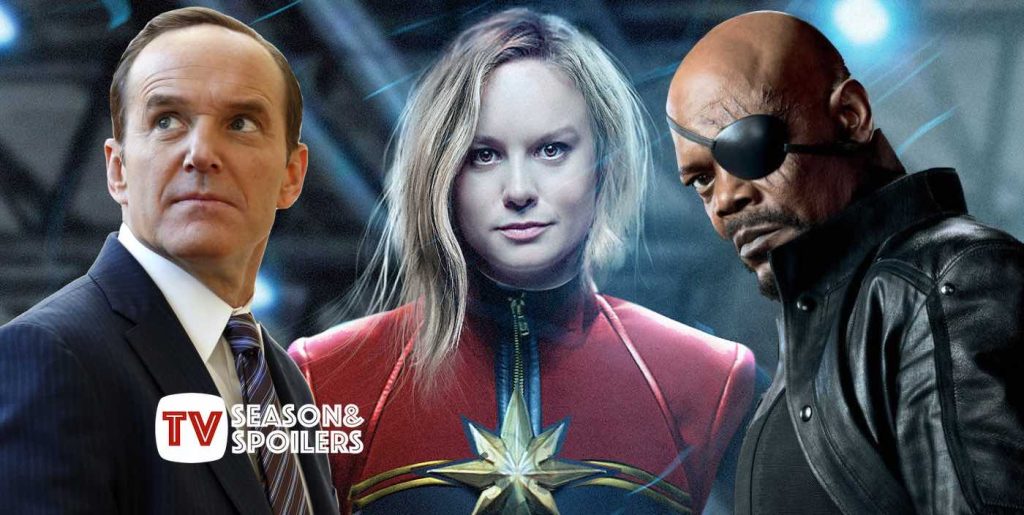 'Captain Marvel' And 'Agents Of Shield' Connection You Should Know

Captain Marvel is just a few days away from its premiere. It is one of the most anticipated movies of Marvel. Well, because of two reasons. First, At the end of Avengers: Infinity War, we saw Nick Fury sending a message to Captain Marvel. Secondly, the movie is coming just before the Avengers: Endgame.
The trailer for the movie depicts Captain Marvel as a badass character. She is kicking some asses. She has mind-blowing powers. All in all, someone who can balance the equation with Thanos (As all things should be!).
However, the critical aspect is Kree. Well, we have heard a bit about Kree. For example in Guardians Of Galaxy Vol 2. To jog up your memory, Yondu was sold to Kree slavers. Well, with Captain Marvel, we are going to know everything about the Kree. Although, if you watch Agents Of Shield, you might have a lot of ideas about the movie already.

Phil Coulson of Agents Of Shield And Captain Marvel

GH.325 does that ring a bell? The blue color liquid that saved Phil Coulson? Well, that was Kree blood. For many seasons’ of Agent Of Shield, everyone wants to dig up a fact, How Coulson Came Back To Life? The usual answer to that was Fury moved heaven and earth to bring him back.

However, when we see the Trailer of Captain Marvel, we get to know what Fury did. In the Trailer, we saw a lady depicting about Captain Marvel – That her life began the day, it nearly ended. The found her and made one of them. So, she could live longer. Well, that’s precisely what happened with Coulson. He was killed by Loki, as he stabbed him with the Scepter. Although, Coulson came back to life. Kree blood was injected into his body, which saved him.
Well, with Captain Marvel and Nick Fury’s relation, we now know, how Fury knew about Kree Blood’s power. Agents of Shield fans’ also know about the massive problems Coulson faced because of that.

Well, Captain Marvel has forgotten her past. In a way, so did Coulson. In Agents of Shield, we saw Coulson not retaining anything after he got stabbed. He also had a false memory of a place called TAHITI.
That might be the case with Kree Blood. Some painful memories are removed. Some new memories are given. So, Captain Marvel might have lost her consciousness because of the same reason.

Sif And Her Kree Insights In Agents Of Shield


Sif is an Asgardian warrior. She fought alongside Thor while on Asgard. We saw Sif making an appearance in Agents Of Shield. She came to earth because a Kree spaceship landed on Earth. She needed to investigate that scenario.
However, while fighting with a Kree, she also loses her memory, when Kree creature uses a weapon on her. This Kree Creature also revealed the theory of Diviner and Inhumans. Therefore, it’s quite evident that Kree and their interest in Humans is a long tale.


Well! If you watch Agents Of Shield, you can understand why Fury send a signal for Captain Marvel. Kree creatures are mighty. They have superior combat skills. That cosmic energy is a glimpse of her powers. These creatures are advance in Technology aspect too (Yes! Better than Wakanda). Slavery in the Kree World is excellently defined in the TV Series. They tend to buy Inhumans (or humans with Super Powers).