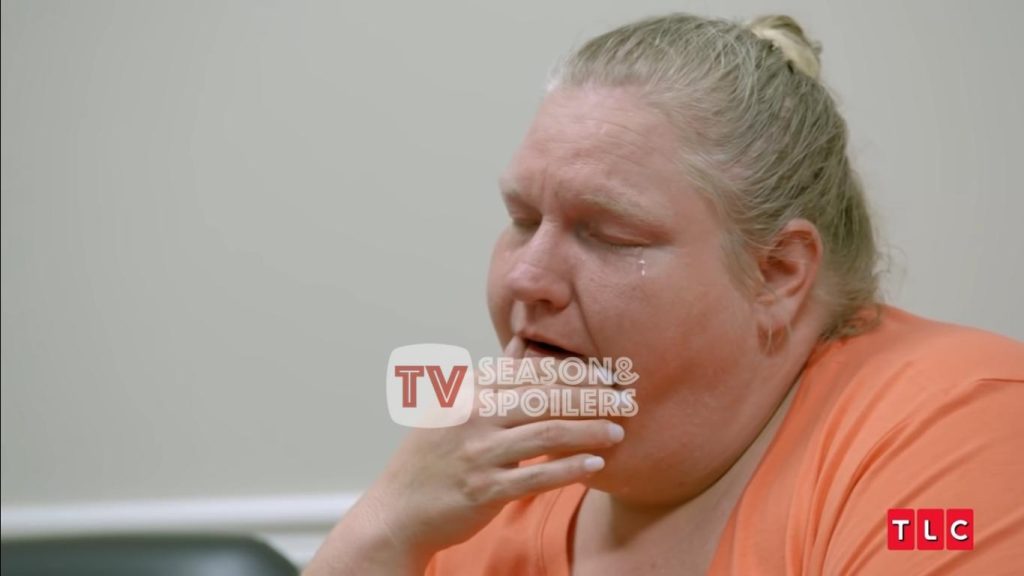 Vanessa Cross just became a brand new celebrity to join the TLC family. That’s because her reality show 1000 Lb Best Friends just went on air on TV. As the name suggests, the show will capture the life of four best friends on their weight loss journey. Hence, Vanessa is one of them, and she is off to a rough start. Moreover, she even put the allegation on his sister, Jackie, for killing her! So, what went on? Keep scrolling for the latest tea.

Vanessa is on a journey to shed some serious weight. That’s because she wants to undergo bariatric surgery to be healthy. However, she pointed out many issues that stopped her from reaching her goal. As the new episode of the reality show premiered, viewers got to witness her troubles. It turns out the main cast member understands her issues and is very self-aware about shedding weight seriously. However, her family members always put a stop to her diet.

TV Season & Spoilers reports that one of them is her sister, Jackie. In the episode, she goes to her sibling’s house with a plate of donuts, sausage, eggs, hashbrowns, and pancakes. However, Vanessa straightaway refused to consume such things. That’s because she knew these are “fattening foods”. Moreover, she claimed such things had happened all her life. In her confessional, the 1000 Lb Best Friends star stated her sister always similarly ruins her dieting plans.

In her defense, Jackie told her to be “realistic” as she can’t “cut off everything” from her diet. Yet, Vanessa couldn’t help but compare her food addiction to drug addiction. That’s when she said people can’t leave treats around the house as she would always feel like consuming them. Eventually, she yelled at her sister for not bringing such food in the house as it would “kill her”.

In her confessional, Vanessa got real about the reason behind her inability to lose weight. The TV star said her family drives her away from her healthy diet practice. Moreover, she also claimed her sister, Jackie, doesn’t gain weight no matter how much she eats. Hence, she uses that to her advantage and tries to bring her famous sibling down from achieving her ideal weight.

As the notorious sister brought her unhealthy food, she justified her actions by claiming a person on a diet still needs to eat the things they “like”. As a result, viewers realize the toxicity stemming from Vanessa’s house. Furthermore, they sympathized with the celebrity for living in an environment that discouraged her from making healthy choices. Keep checking TV Season & Spoilers for more 1000 Lb Best Friends news updates.