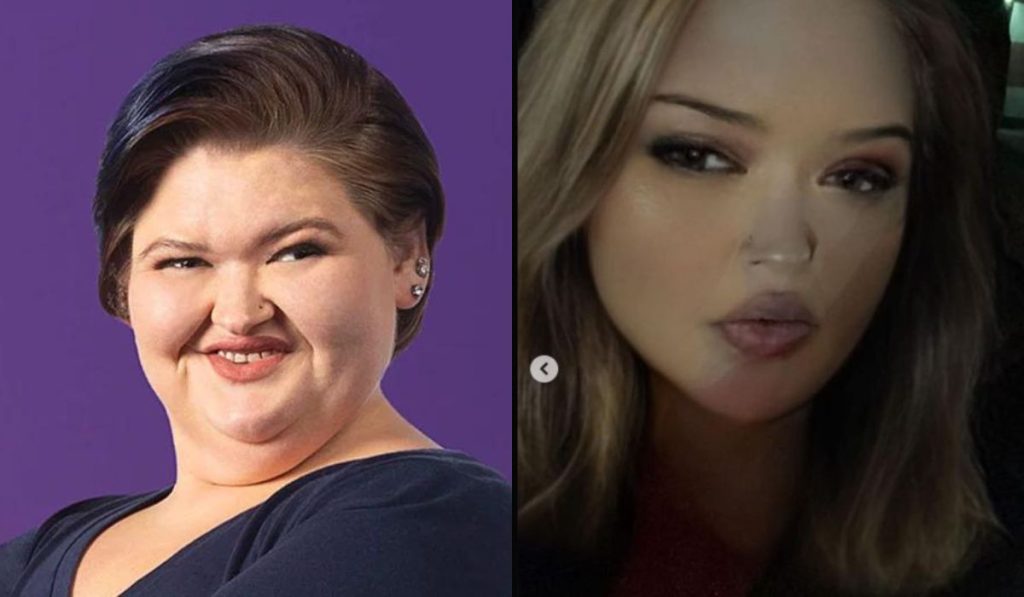 1000 Lb Sisters: Amy Looks Unrecognizable In Latest Pictures! “Nothing Like Before”

Since Season 3 of 1000 Lb Sisters ended, Amy Slaton Halterman’s departure from the small screen has left many fans curious about what she has been up to. Fans wondered whether Amy would return for another season. Well, the popular TLC star is pretty excited to be coming back to TLC. Meanwhile, on social media, the mother of two has done a great job keeping fans up to date. Amy has been enjoying herself with her Elf on the Shelf as the holidays get near. Fans of the 1000 Lb Sisters have enjoyed seeing Dobby’s regular updates, who appears to be amusing Gage and baby Glenn. While posting updates of Dobby, Amy recently amazed her followers with her new post. What is the latest post about? Let’s find out.

You’re in luck if you’ve been wondering what the 1000 Lb Sisters star Amy Slaton is doing these days. Well, she just shocked her followers with yet another year-end photo dump. The mother of two has mainly used filters in her pictures, but she still seems to be enjoying herself following the birth of her second child in July. Amy has uploaded a ton of pictures to her Instagram account, and her followers are adoring them. However, she recently shared some shocking pictures of herself. The TLC star looked unrecognizable in the selfies and in the photos with her now five-month-old child sitting on her lap. However, Amy highlighted that they had been altered using Snapchat filters.

“Snapchat filters,” was Amy’s caption for the post. The first couple of pictures shows Amy posing for the camera while seated inside a vehicle. The following two pictures capture Glenn posing for his mother while wearing a blue sweater. All the pictures that she posted don’t resemble her. Fans were surprized to see them. 1000 Lb Sisters fans swarmed to the comments section to say that Amy was completely unrecognizable. One fan wrote she resembles Rebecca Parrot, who is a cast member of TLC’s 90 Day Fiance

, with the filters. Another one joked it is not the filter, but it’s some different person, while someone made fun of it by writing, “Catfishing”.

Since 1000 Lb Sisters gained popularity, Tammy Slaton and Amy Sisters have emerged as the TLC audience’s favorite sister duo. All they desired was to know what each of them had been doing since Season 3 ended. They won’t have to wait any longer, fortunately. That’s because TLC formally unveiled a preview of Season 4. The all-new version is going to have a lot of exciting events. Beginning the clip was a follow-up from the previous season. At that point, Tammy’s carbon dioxide poisoning required a trip to the hospital. Amy, one of her sisters, said that her body “was shutting down”. The siblings were shown in pictures to be very ill and encircled by tubes.

When the clip changed, a lively Tammy said that she was “still here”. The star ultimately made a choice to enter treatment and seriously begin working on her weight reduction. This made viewers quite delighted. That’s because she had several relapses throughout the previous three seasons of her journey. They are eager to see how Tammy would handle the new situation of entering rehab as a result. She also remarked that she finds it difficult to remain away from home in the 1000 Lb Sisters Season 4 premiere teaser. Tammy spent time away from her Kentucky home at a specialist recovery facility in Ohio. Stay tuned to TV Season & Spoilers for more updates.