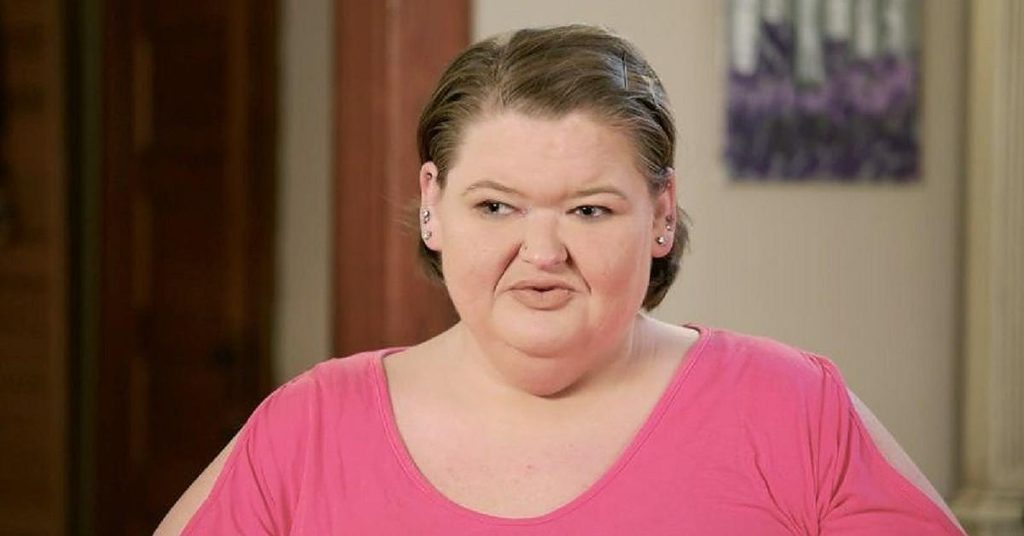 Amy Slaton Halterman knows how to keep fans happy. The 1000 Lb Sisters star is back with another Instagram update on her second pregnancy. Amy states that only four weeks are left till the arrival of Baby #2. If speculations are correct, her baby will be due around mid-July. Keep reading for more updates on the reality star’s life!

Amy compares her growing baby to fruits and vegetables, and fans seem to love it! The Kentucky native recently shared that her baby is now the size of a cantaloupe. Previously, Halterman has compared her baby to a pineapple, a cabbage, and many more, depending upon the stages of her pregnancy. Well, she certainly knows how to maintain her Instagram feed! While there haven’t been many updates about her life on social media, fans are glad that they are getting to about Amy’s pregnant status regularly.

The 1000 Lb Sisters star currently lives with her husband and son. The Halterman family awaits the arrival of the second baby, which is another boy. Amy shared that her baby is currently 17.75 inches long and weighs 4.75 pounds. Amy had previously shared that she had been experiencing Braxton hicks contractions. Fans were very sympathetic towards her and wished her the very best.

This is only because the celeb frequently posts on social media so that fans can obtain information. However, it appears as though TLC has yet to determine whether or not the reality TV show will be back on the screens. Fans can’t wait for the new season, but the same can’t be said for Amy. The TLC star has been apprehensive about filming as it keeps her away from her family. She says she would like to spend more time with her children and wants them to give her full attention. For the time being, Amy has stated that filming for the new season

is yet to start. She is spending as much time with her family as possible at the moment. Only time will tell what the future holds for the 1000 lb Sisters.

The mother of one had potential risks in her pregnancy. Her doctors also advised against getting pregnant immediately after bariatric surgery, but Amy was in too hurry and could not wait to be a mother. She again ignored her doctors’ warnings and got pregnant for the second time without much of a gap. Fans have been worried about her and her baby’s health.

Amy revealed, through a comment on her Instagram post, that aside from getting a cesarean operation, she will also be getting her tubes tied. Viewers speculate this decision might be taken due to her health and weight problems. However, some fans have reacted negatively to the news. Some fans wanted to see Amy give birth to a girl before making this decision. However, Amy does not appear to be having a third child. Keep up with TV Season & Spoilers for all the latest updates.