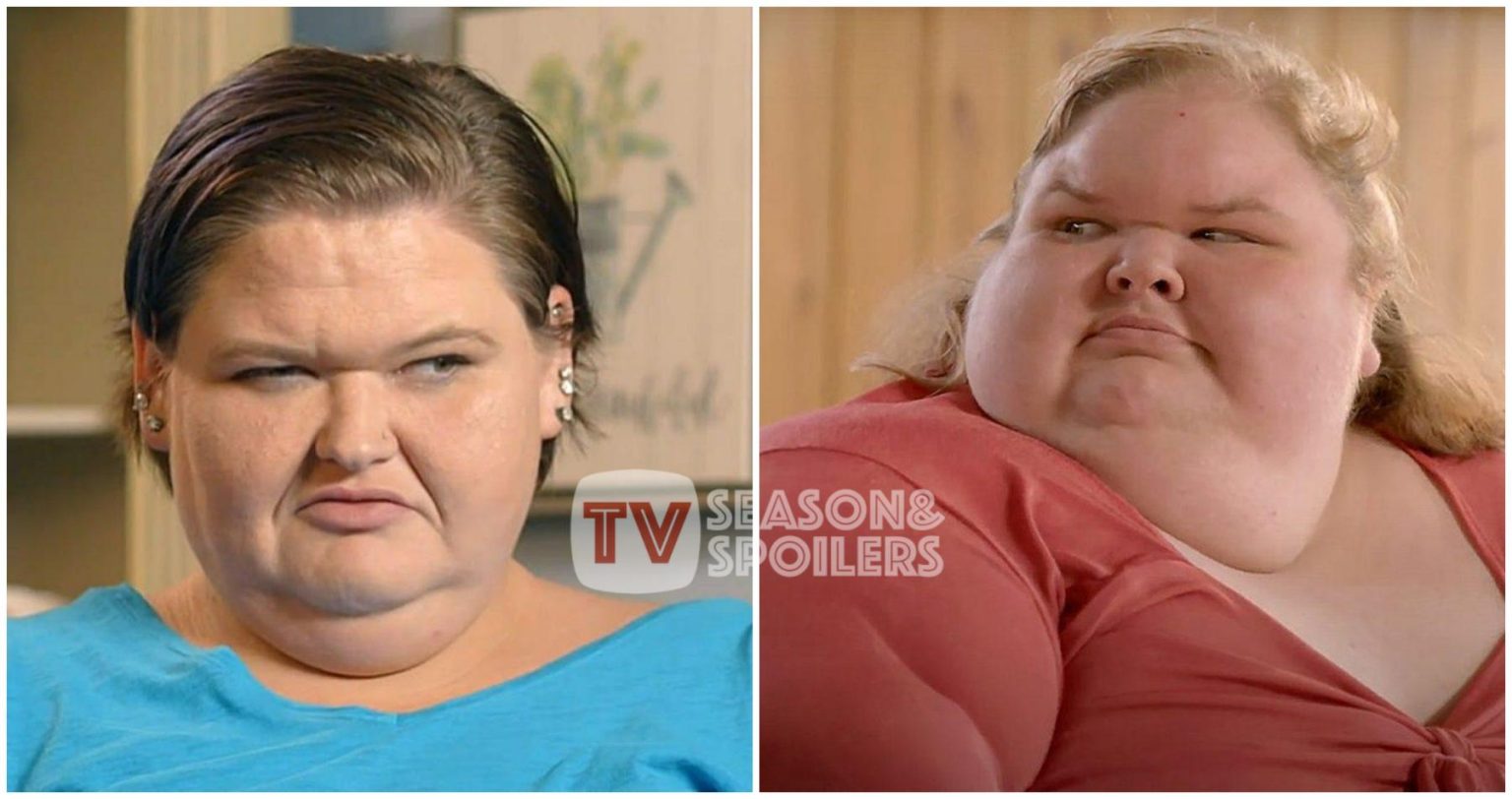 Amy and Tammy Slaton have been one of the rare celebrities from TLC to get famous over a very short span. Both of them began their weight loss journey on 1000 Lb Sisters. It has been three seasons since that, and the siblings have come a long way. While Amy Slaton Halterman is married and a mother to two beautiful baby boys, her elder sister is going to walk down the same path now. That’s because Tammy just made her engagement public and will soon tie the knot with her boyfriend, Caleb. However, her family members, including her sister Amy, won’t attend the ceremony. Keep reading to know more details!

Amy Slaton Halterman and Tammy Slaton often had quarrels during their time on 1000 Lb Sisters. Both of them had lots of disagreements over many things. However, they would make up for it at last. Lately, the eldest sister has been on the road to recovery. She finally got into a specialized weight loss center to get healthy. Hence, her weight loss procedure has been going well, and Tammy also underwent bariatric surgery by the end of the summer. With this, the celebrity’s love life is also looking well. That’s because she found love in another patient in the rehab named Caleb.

However, Tammy’s side of the family, including her younger sister, Amy, won’t be attending the wedding. At first, the 1000 Lb Sisters viewers thought that they were feuding with one another. However, Theashleysrealityroundup says that it is because of the distance. Currently, Tammy Sla ton is in Ohio, and the rest of the family is in Kentucky. Hence, it won’t be convenient for them to travel all the way. Apart from this, Tammy is still in rehab

after her surgery, so the nurses make sure she is consistent with her weight loss journey.

As mentioned above, Tammy Slaton’s love life has finally started to look up. Initially, she was stuck with toxic men who would push her further away from her weight loss journey. However, all of that is in the past. When the celebrity started living in Ohio’s specialized weight loss center, Tammy found Caleb. He is another patient in the same area. Love bloomed between the two, as per a source. Since they have the same “struggles”, they understand each other quite well. In fact, their engagement took place last month at the parking lot of their weight loss center.

New details reveal that Tammy and Caleb have locked November 19 to be the wedding date. It is going to be a small and intimate ceremony in Ohio itself. So, only immediate family and friends will be there. The couple has also applied for a marriage license. As written above, Tammy’s family won’t be able to attend owing to the distance. However, her future husband has plans to move in with her after getting released from rehab. Both of them plan to stay in her flat in Kentucky. Keep an eye on TV Season & Spoilers for more 1000 Lb Sisters updates.