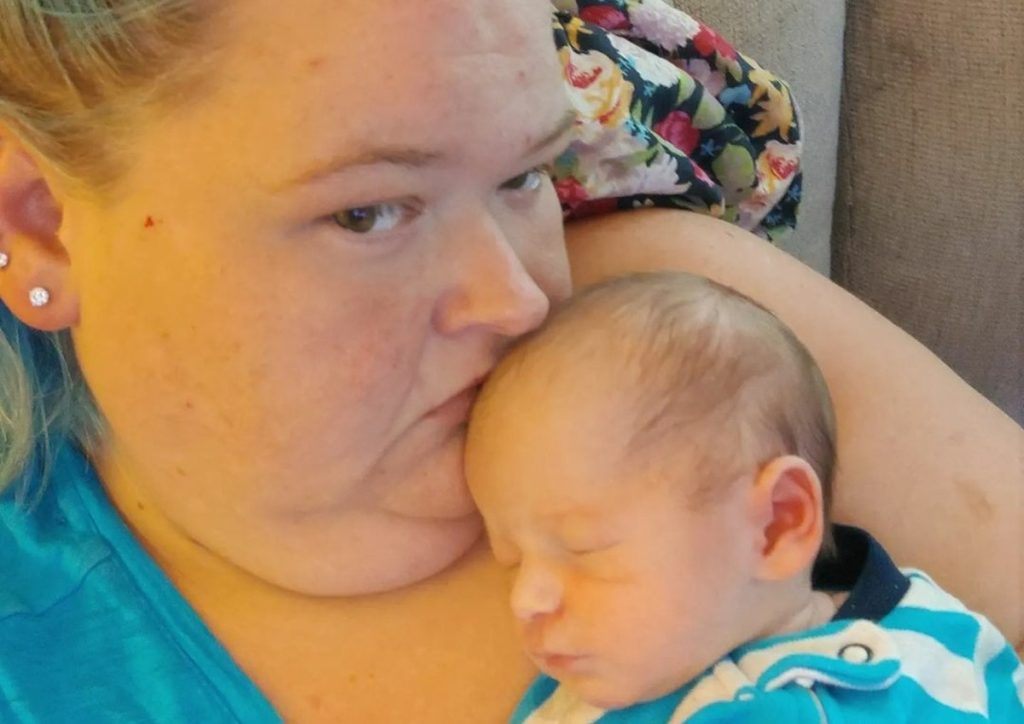 As the 1000 Lb Sisters show is missing a beat, fans wonder what’s going on with the Haltermans. Amy Slaton Halterman gave birth to her second son two months back. And the viewers have wanted an update since then. The mother did post some pictures, but it wasn’t enough for TLC fans. Now, the celeb mom has again shared pictures of her newborn. Fans believe that Glenn looks just like Amy. Tune in to see pictures.

The reality star Amy Slaton has made it to the headlines multiple times. And now, her kids have made a place with her followers. Fans have always noted that they love seeing the younger sister and her family. Many people also followed the 1000 Lb Sisters celeb when the mother gave information about her second pregnancy. The mother of two had posted several infographics that informed the viewers about Glenn’s development in her womb. Likewise, during that time, fans also gave her some pregnancy advice. Therefore, the audience has a connection with Amy’s kids. Hence, viewers get excited about the baby’s new photos whenever the mother shares a picture. So, recently, Amy Halterman posted a rare photo of her son, Glenn Allen.

Little Glenn was sitting in his floor seat and enjoying the view. Likewise, Amy noted in her caption that her little one loves the seat very much. She told her followers that Allen loves to sit and look at the world. Then, the second snap reveals the baby boy and big brother Gage in his cute red cowboy hat. Gage also has a teether in his mouth. The 1000 Lb Sisters star told her followers that Gage always sits close to his baby brother. Hence, Gage has started to show his protectiveness as a big brother. Fans tuned in to the comment section and noted that they love seeing updates on the family. Many blessed Amy and her family with a beautiful life.

1000 Lb Sisters: Here’s Why Glenn Allen Might Not Appear On Television

As much as the fans love getting updates from the family, they wonder about the 1000 Lb Sisters Season. TVSS previously reported that Tammy was seen filming for the show in a restaurant. However, TLC hasn’t updated anything on the same. Meanwhile, the viewers also noted that if the younger sibling is a part of it. That’s because, in the last season, the younger sibling noted that she wouldn’t do the show. Amy Slaton said this because she was having a hard time and could not spend time with Gage. Hence, she felt like a bad mother.

On the contrary, Amy looked after her sister and mother. Therefore, she had a lot on her plate. And now, if things might be the same. We reported first earlier that Tammy could be spending her time after the rehab with Amy. And so, that will happen, as the younger sister confirmed. Hence, the 1000 Lb Sisters star might again have many responsibilities. Therefore, it could be possible that Amy might not film. And that’s why Baby #2 might not be on season 4. What do you think? Tell us in the comments below. And stay tuned to TV Season & Spoilers for the latest updates on reality TV shows.