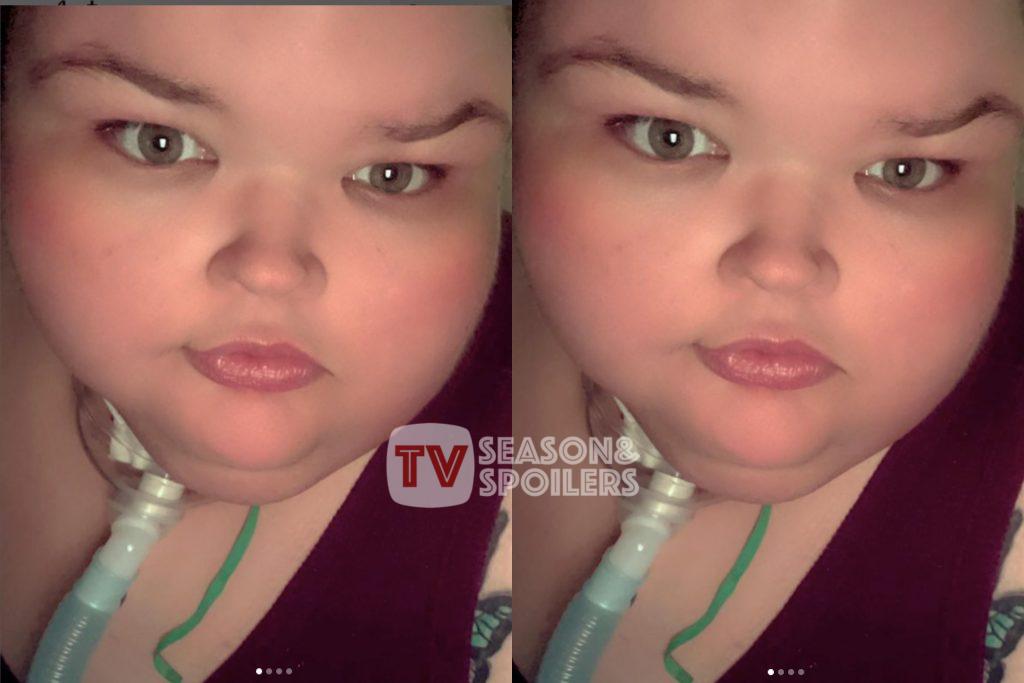 Tammy Slaton and her return have been a question for a while now. The 1000 Lb Sisters fans worry if they will get to see the rehab results. That’s because the infamous sibling is mouth shut on it and even the show’s producers. Therefore, fans wondered whether she’d return or not. However, in a recent Tik-Tok video, it seemed that Tam Tam indirectly confirmed Season 4’s filming. So, tune in with us to find out.

There have been huge discussions amongst the TLC viewers whether Tammy will make it to Season 4 or not. Hence, some fans speculated that it is difficult for her to return regarding her health. And then some were adamant on her return. Likewise, the infamous sibling hinted that viewers would have to wait for the show for health updates. So, that was the first time the 35-year-old gave an insight into her return.

And now, it seems like she has again confirmed her return without spilling any details of Season 4. The 1000 Lb Sisters celeb Amy visited her elder sister with Gage to share a family moment. Tammy welcomed baby Gage in her arms and urged him to say “hi” to the camera. However, Gage was holding a soda can and drinking from it. This obviously made the fans furious, and they slammed Tammy.

However, the reality TV celeb was quick enough to respond and said she was aware that Gage doesn’t need soda. Tam Tam continued, “We were filming, that’s all we had to give him at that second.” Gage’s aunt ends the clip by saying that a sip or two isn’t going to hurt the baby. She added that you need to feed him something to stop crying when a baby is crying.

1000 Lb Sisters: Will The Other Siblings Return?

Well, admitting publicly about filming confirms that Tammy Slaton will be coming back the next season. However, there’s no indication or whereabouts about the others family members. As for Amy Slaton, she doesn’t want to abandon her child at home while she films. Hence, she claimed that she wouldn’t be filming

if TLC didn’t reduce her hours.

Likewise, other siblings, Chris and Amanda, were also in talks of continuing the filming. However, none of them has spoken on the matter. However, the 1000 Lb Sisters viewers are anticipating their return. Till now, there is no specific release date from TLC nor any official announcement from them. So, buckle up your seat belts with TV Seasons & Spoilers for the latest updates, and stay tuned.