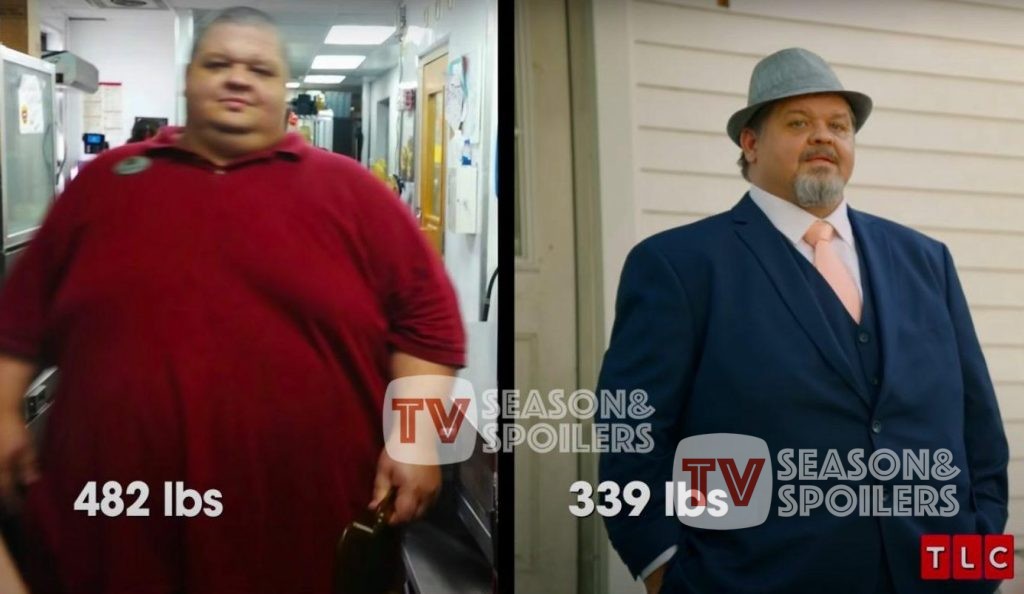 The TLC fans have been seeking updates from the reality TV celebs of the 1000 Lb Sisters. However, as far as now, Tammy and Amy seem to be cryptic about their health updates. More so, the show is focused on the sibling’s journey. However, their half-brother Chris seems to be making the most of it. Combs shows his proud new weight loss pictures in a new Instagram update. So, tune in.

Initially, the 1000 Lb Sisters show focused on the infamous sibling’s weight loss journey. As the show progressed, other siblings joined in and gave impressive results. Likewise, TLC viewers saw how Chris Combs has always motivated his sisters during the process. Surprisingly, he made major progress during the same. Hence, Combs got serious about his lifestyle and boycotted everything that could harm the journey.

Happily, his kids and wife supported him throughout the journey. And now, the 1000 Lb Sisters celeb shared a beautiful before and after picture with his fans. Since high school Combs have been above 250 Lbs. So, he has set a great example for himself for the first time. Likewise, he even encouraged his wife and kids for the same. Combs wrote in the caption that it had been a hard journey, yet it’s the most rewarding one.

Fans showered their blessing on Chris. One of the viewers asked about the time difference in the picture. Chris wrote, “five or six years.” Others complimented Comb’s dedication as they admired his positivity towards the weight loss journey. Meanwhile, many fans have been inspired by the Chris has handled his unhealthy traits. They said that they look forward to seeing him get the best of him.

1000 Lb Sisters: Who Is Chris’s Motivation Behind The Weight Loss Transformation?

Fans have wondered why Chris Combs has always wanted a weight loss surgery. They did assume there must be a reason behind this dedication. So, during his confessional, Chris lets out that his father passed away at the age of 57 while hoping to be in good shape. He added that his dad was around 400-500 Lbs.

And he is 41, so Chris wants to set a great example for his kids. Combs does not want his children to go through what he went through. The celebrity said that he wants to be around his family and that they are his everything. Hence, his motivation is family and kids. InTouchWeekly reported that Combs is now 140 lbs lighter. And after the surgery, he doesn’t have to take insulin anymore. How do you like Chris’s transformation? Let us know in the comments below. And stay tuned to TV Seasons & Spoilers.