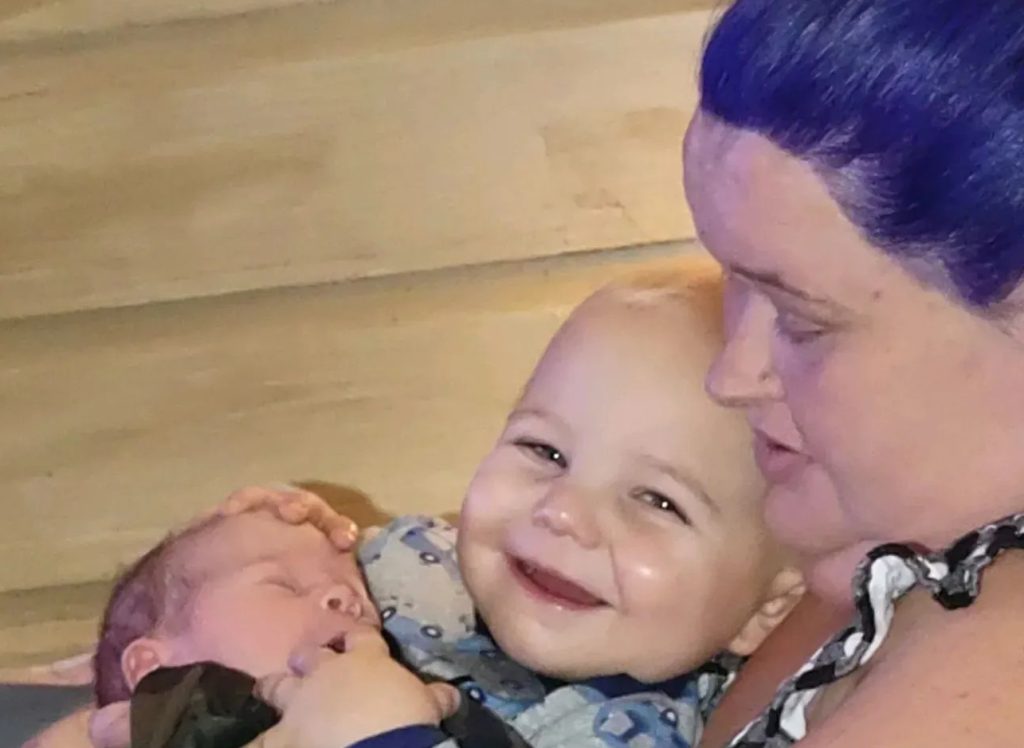 The 1000 Lb Sisters are back to the show. Viewers have waited for Tammy to make a commitment to a healthy lifestyle during the three seasons of the show. While Tammy seems to struggle hard to get a normal life, Amy has successfully achieved the goals she set for herself. Moreover, Amy Slaton has been the only cast member to receive praise and criticism all at the same time. While she has a lot of praise for her dedication to losing weight, on the other, she got slammed for coloring her hair. Amy Slaton’s new hair color has become a center of trolling. Fans are mocking Amy for her choice of hair color. However, not only the fans but her own family members are making fun of her.

Amy Salton has adopted a whole new look in the latest season. In the Season 4 premiere, fans saw how Amy changed her hair color. She made her pregnancy announcement and decided to change dye her hair. However, Amy, her husband Michael, and their son Gage went to the salon. She then told the stylish, much to her shock, that the baby would select the hair color for her. Amy’s son chose the color blue, and she got it done. The sudden hair color change drew criticism from the public, especially Tammy Slaton, who called her a “peacock”. As soon as Amy decided to color her hair blue, online trolls mocked her decision. One fan laughed at Amy being called a “bruised banana” by her sibling, as per Meaww.

While others replying to the comment said it’s more like clawing Amy. In addition, one fan even compared a banana with Amy’s poop. A viewer commented on how Amy’s family was making fun of her new hair color, saying, “the way the whole family cracking on Amy blue hair” with a laughing emoji. Fans asked her to get rid of the blue color as it only made her look like a clown. On the other hand, one 1000 Lb Sisters fan even criticized Tammy for making fun of her sister instead of complimenting her on her new hairstyle. They called her “Toxic”. However, as the season started, it brought out shocking revelations from Tammy’s wedding to Amy’s second pregnancy. Therefore, fans are eagerly waiting for the upcoming episodes.

Fans have frequently brought up Amy Slaton’s unclean surroundings. However, she claimed to have responsibilities for her kids as well as for her elder sister Tammy. But as Tammy is in her rehab center, one of her responsibility is off her plate. Now it’s just two of her kids. Regardless of the circumstance, fans believe that living in such an unclean atmosphere is not just infectious for her kids but is dangerous for everyone. In one episode of 1000 Lb Sisters, Amy requested assistance from a cleaning team. But when the team discovered dead mice and bugs in their home, things started to go sideways. However, Amy experienced a state of embarrassment. Thankfully, she recognized the serious problem and was determined to fix it once she moved into her new home.

But even after all this time, nothing has changed. When Amy goes over the bounds of cleanliness and uploads filthy photographs to her Instagram, her followers act as her guards to remind and slam her. Amy Slaton recently shared a photo of the kids’ surprise Christmas gift. It was a Chihuahua dog that she gifted her kids and named Daisy Mae. The reality TV personality shared photos of the Elf and the dog in their pricey new home. But in one of the pictures, viewers pointed out the dirty, black walls and the untidy, wooden floor. Fans immediately got to the comment section to criticize her for not keeping her house clean. Stay tuned to TV Season & Spoilers for further updates.