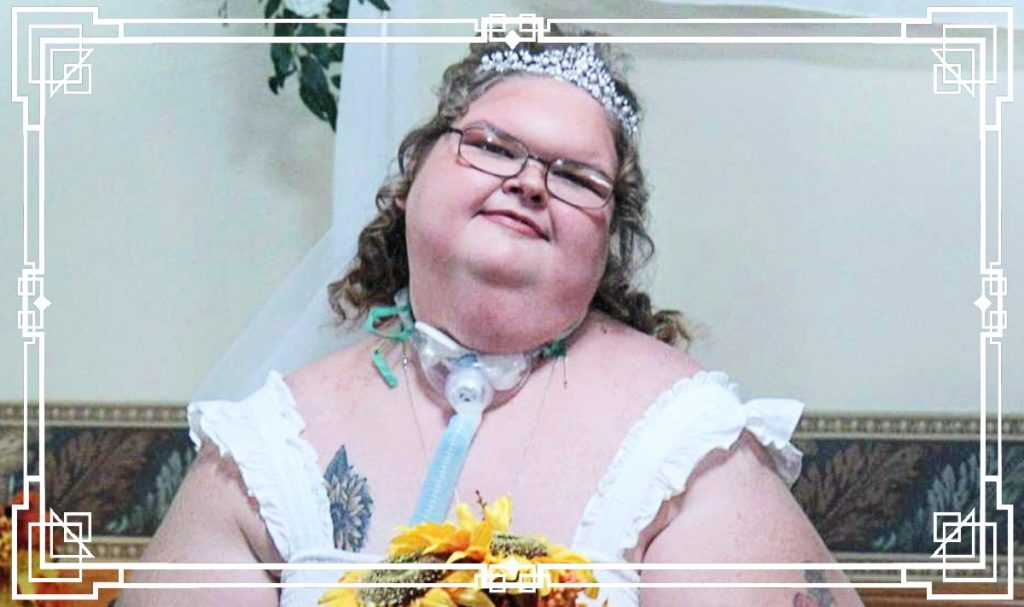 Tammy Slaton has been a significant part of 1000 Lb Sisters. Things are finally looking up for the star. In the first two seasons, her condition only deteriorated. But she found her true calling after going to a specialized rehab to lose weight. Apart from showing tremendous progress in terms of getting healthy, Tammy also found the love of her life, a fellow patient in the same center, Caleb Willingham. Both of them also tied the knot recently, and the star introduced herself as one of the Willinghams! Keep reading to know more details about this.

1000 Lb Sisters: Tammy Introduces Herself With Her Husband’s Surname! Is A Willingham Now

Tammy Slaton was quite problematic during her time in the first three seasons of 1000 Lb Sisters. Apart from her deteriorating health, her toxic love life also became part of TV. After dating many men who had lots of red flags, she finally found herself the perfect match. This month, the star finally announced that she is engaged to Caleb Willingham. Both of them met at the specialized weight loss center in Ohio and fell for one another. After a sweet engagement ceremony at the rehab’s parking lot, they walked down the aisle this weekend in Ohio itself. Tammy also introduced herself as Tammy Willingham in a new video.

On TLC’s Instagram handle, Amy Slaton, i.e., Tammy’s younger sister, introduced the camera to the “Willinghams”. The elder sister then told everyone that she was now “married” and went by Tammy Willingham. At last, her husband also grabbed his bride’s hand while calling her “mine”. That’s not all. The celebrity also teased that the upcoming 1000 Lb Sister Season 4 is just around the corner. TLC had not made any renewal announcements yet, but the Slatons just confirmed it. Viewers will get to witness all of Tammy and Amy’s exciting adventures in the show very soon, presumably early on next year.

While Tammy Slaton confirmed the new 1000 Lb Sisters Season 4 would arrive on January 17 next year, fans have more exciting news coming their way. It turns out that a source mentioned that the reality show is currently in production. It is also filming the fifth se ason. Hence, the audience will get to enjoy not one but two new seasons in the future. The last season came to an end when Amy and her husband moved into a new house

. At the same time, Tammy had to go to the hospital owing to carbon dioxide poisoning. Since then, she started taking her health seriously and shed many pounds.

The same source mentioned that Tammy underwent weight loss surgery, i.e., bariatric surgery, this summer. Hence, she has been able to walk and stand properly. Even her body is aligned with the medications. In fact, Amy Slaton also had her second baby, Glenn, and is focused on giving all her time to being a good mother. Although she will appear in the show less because of this but still be a part of it. Viewers will get to witness all these moments in the new seasons, which will premiere super soon. Until then, TV Season & Spoilers is here for you with the latest 1000 Lb Sisters news.