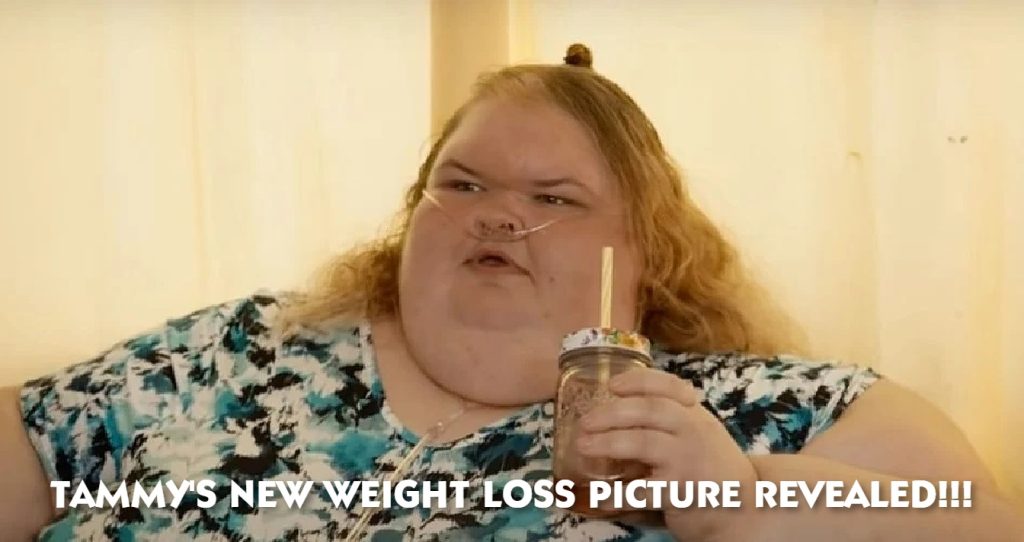 Tammy Slaton and her sister Amy Slaton Halterman became the newest members to join the TLC family a few years ago. Both of them headline the reality show 1000 Lb Sisters. It is their journey of losing weight and attempting to stay consistent with it. While Amy has been quite active on her social media, her sister Tammy has become less frequent on it. She finally came back online to address something. That’s when viewers took note of her different look. Keep reading more to know all the details about this.

Tammy Slaton has been a part of 1000 Lb Sisters for three seasons. However, viewers never got to see her take her weight loss seriously. Be it toxic exes or bad breakups, she would always fall off the wagon and relapse. But she got her wake-up call in November when her Carbon Dioxide poisoning made Tammy take a trip down to the hospital. After Tammy got stuck with a trachea tube, she began her weight loss journey. She was in a specialized rehab for many months and showed tremendous progress.

As a result, Tammy Slaton stopped being active on social media. She had started to take her weight loss journey seriously. At last, she came online to talk to her fans. That’s when viewers sensed a change in her. Although it was just her face that was visible, it looked slim, and she appeared different in the latest video. Speculation began that Tammy must have shown enough progress to get approval for bariatric surgery. But these are merely rumors, and there is no sure way of telling this unless there is an official announcement.

While Tammy Slaton has been absolutely focused on her weight loss goal, her sister is also celebrating many milestones. In July 2022, she welcomed her baby boy, Glenn. It was the star’s second baby with her husband, Michael Halterman. She gave birth to her firstborn, Gage, in November 2020. As of now, Amy is enjoying her role as a mother. Viewers remain eager to catch a glimpse of her adorable baby boys. Well, the reality TV celebrity finally shared some endearing pictures of her sons, Glenn and Gage

The 1000 Lb Sisters viewers couldn’t contain their excitement. They sent all their love to the Halterman family through the comments section. Amy was also in one of the pictures. All three of them, i.e., Amy, and her two sons, Gage and Glenn, were cuddled up with one another and sleeping. This picture garnered a lot of appreciation and love. Fans can eagerly wait to catch a glimpse of all of them in the new season. Amy’s second pregnancy will also become part of the upcoming episodes. For further updates, keep checking TV Season & Spoilers.