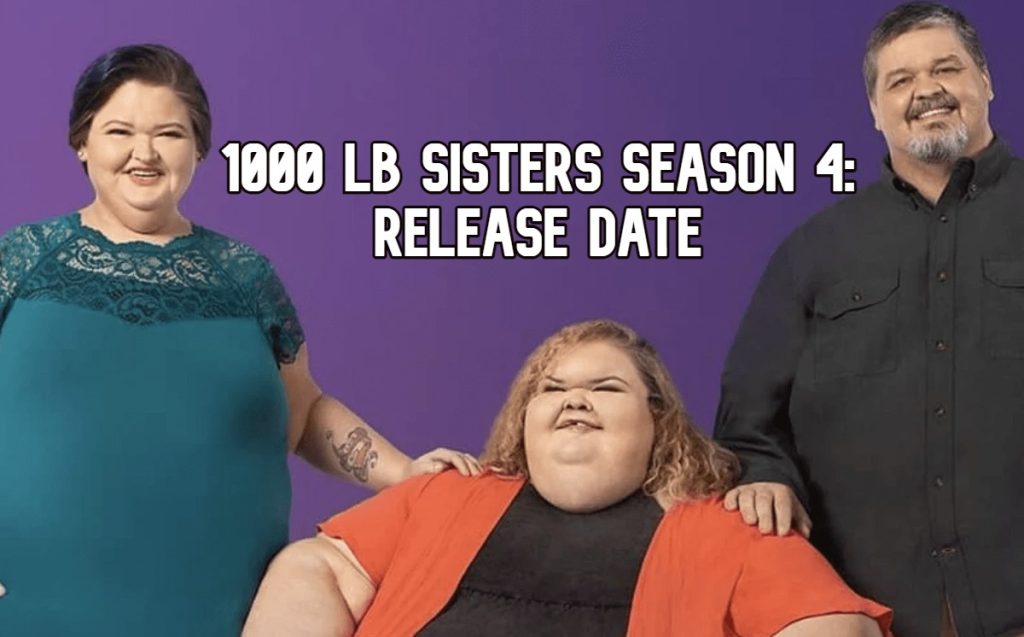 1000 Lb Sisters Season 4: Release Date OUT! Plot Details & Everything You Need To Know

The moment we’ve all been waiting for years has finally arrived! TLC has not only announced the return of some of its most popular shows, but it has also revealed their release dates. This includes the much-awaited 1000 Lb Sisters Season 4. After the previous installment ended, it didn’t seem like the network would renew the show again. This is because some cast members were talking about quitting the series. On the other hand, fans were truly frustrated with the behavior of one of the leads. Amid all this, the Slaton sisters are set to return to our television screens. When will the new season release? Keep reading to find out!

Even though it hasn’t been long since the show was released, 1000 Lb Sisters has become a commercially hit show for TLC. It now has a massive fan-following waiting to know more about the Slaton fam. Well, the show has always taken a year to return with a new season, as they release in the winter. However, the wait was excruciating this time as the network made no official announcements on Season 4. Though Tammy Slaton had already mentioned filming the series, fans hardly believe what she says anymore.

The third season of TLC’s popular show was released back in November last year. It continued up till early 2022 and ended at a very bleak point. Everything happened very suddenly, and fans were shocked to see that Tammy was rushed to the hospital. Her half-brother Chris declared that he was scared for her life

. TV Season & Spoilers was one of the first ones to report that Slaton had gone into a medically induced coma due to Carbon Dioxide poisoning. Hence, there are chances we’ll get to watch what actually happened in 1000 Lb Sisters Season 4. The official plot of the season says something similar.

After she survived her “near-death experience,” Tammy decides to take a huge step. The synopsis says that she would make “a life-altering decision”. Fans will get to see Slaton struggling to cope with the new reality she faces. This will likely be about her admission to rehab. Recent reports reveal that Tammy actually made progress and is even ready to get married this year. Meanwhile, her younger sister, Amy Halterman, will as per the timeline of the show, soon become a mother for a second time. However, she’s wonders if she’ll be able to handle being an overweight mom to two kids.

Aside from the Slaton sisters, fans are also excited to know about their family members. Chris Combs and Amanda Halterman ended up getting loads of love from the fans last season. In 1000 Lb Sisters Season 4, they will embark on a whole new journey of their own. As per the synopsis, Chris is looking forward to getting skin removal surgery. In the previous episodes, he had finally undergone weight loss surgery

. On the other hand, Amanda will be offloading “some dead weight of her own” in the brand-new episodes.

The excitement for the new season is growing with every passing day. Like always, TLC’s popular show will continue to premiere in the late-Fall or early-Winter slate. As per reports, the release date of 1000 Lb Sisters Season 4 falls on January 17, 2023. Ahead of that, the series will air on Tuesdays at 9 pm. TLC is yet to reveal the number of episodes and other details. However, we will make sure to update this section when they come out.

Are you excited for the new season? Tell us in the comments below. For latest news updates and gossip related to Season 4, keep coming back to TV Season & Spoilers.