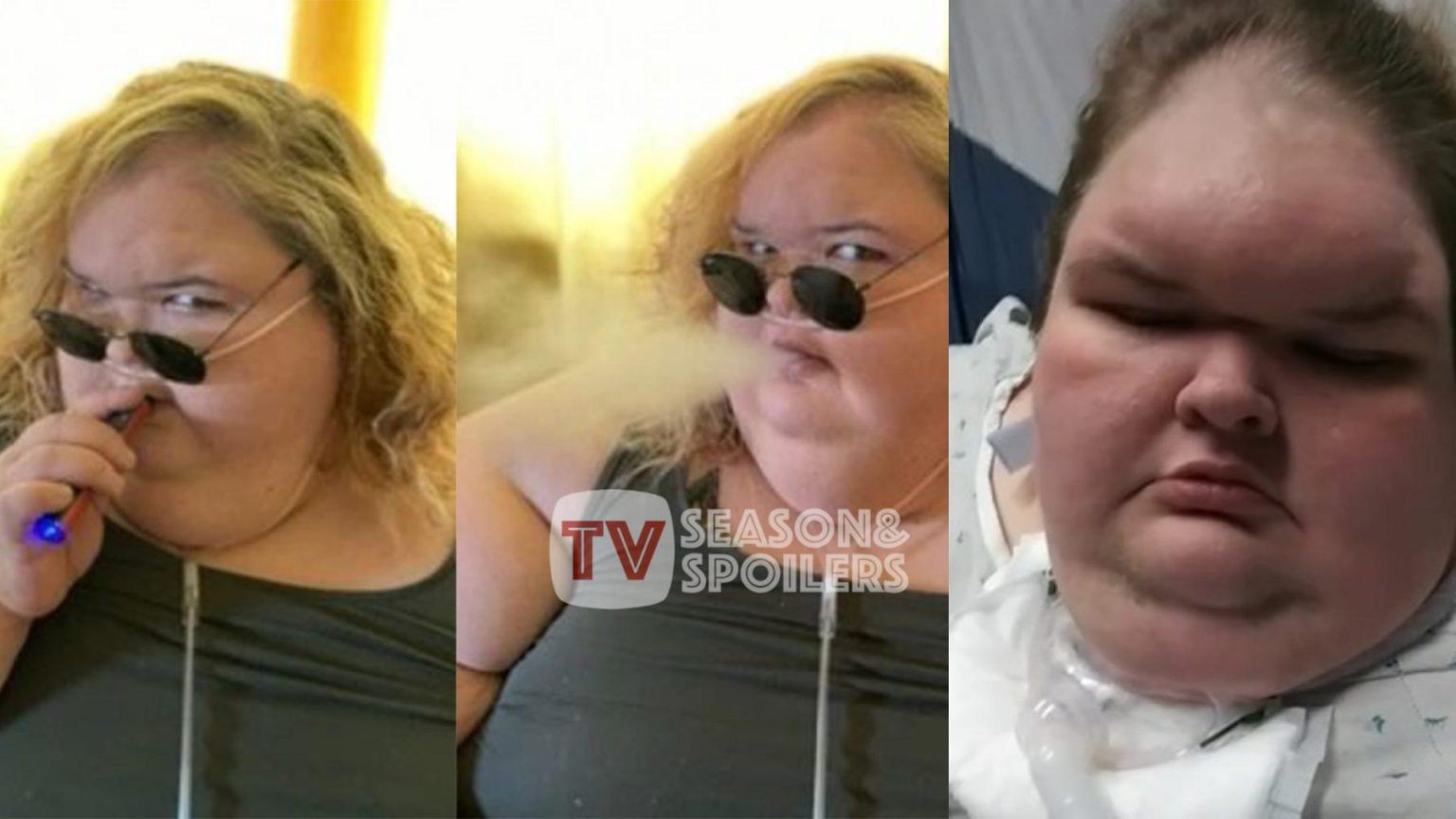 1000 Lb Sisters: Tammy Faces Lung Issues Due To Vaping, Quits Breathing On The Way To Rehab!

The 1000 Lb Sisters star Tammy Slaton’s weight loss journey has had a lot of rocky paths. Moreover, her little trail of unhealthy habits doesn’t tend to leave her. Tammy’s followers have also noticed a sudden change in her attitude in a while. The reality TV star appears to be off with all the family members. That’s because she has repeatedly given attention to the “I am going to be me” attitude. However, TLC has shared a video on its Instagram revealing that Tammy’s situation is getting worse. Keep reading to find out.

The infamous sibling, Tammy Slaton, is on a rough journey in her life. The family members are also worried about the elder sister’s weight and health. Turns out Tammy’s lung issues are becoming a hindrance on her weight loss journey. Moreover, it’s her doing that has caused her ailing health. In the latest episode, Tammy’s half-brother, Chris, tells her about his conversation with Dr. Smith. Chris had told the doctor that Tammy had been doing pretty wild things for a while. He also mentioned that the doctor wants to see how Tammy is doing. However, the 650 lb sister says that the doctor asked her not to come.

Tammy further says that she wants everybody to leave her alone. She also added, “Let me do me.” Chris tries to make her understand that the doctor is worried about her. Moreover, Chris is upset that Tammy doesn’t want to stay on the wagon and do things right. More so, he directly tells Tammy that she won’t be around as long as the family wants her to. Meanwhile, Tammy uses her inhaler in between, making Chris sad. He told the cameras that her sister had been using the inhaler more often than before.

Sadly, this is because she’s been putting substances in her lungs that aren’t supposed to get in. Here, Chris is, of course, referring to Tammy’s vaping and smoking habits. Over time, the elder sister has indulged in partying, drinking, and vaping. Therefore, her health is now depreciating more than ever.

1000 Lb Sisters: Tammy Quits Breathing On Her Way To Rehab!

Chris and his whole family are currently unhappy with Tammy’s performance on her weight loss journey. More so, they worry about the elder sister’s future. Tammy says she needs to focus on her mental health. However, she takes the support of vaping and drinking to overcome her issues. More so, her carbon dioxide poisoning has also damaged her lungs halfway. Hence, everyone is unsure of Tammy’s life now. On the contrary, on her way to rehab, something unexpected happened.

halfway. The reality TV star says she is feeling sleepy and is unsure why. Chris mentions in his preview that Tammy quit breathing halfway through rehab. The incident has instilled fear amongst the sibling’s followers and family. Moreover, even the younger sister acknowledged that her elder sister had little time to live. Fans are already praying for Tammy. However, as of 2022, the TLC celeb is alive and well, while trying to improve her life by staying in a “hospital like” setting. TV Season & Spoilers will be here to bring you all the latest updates.
News