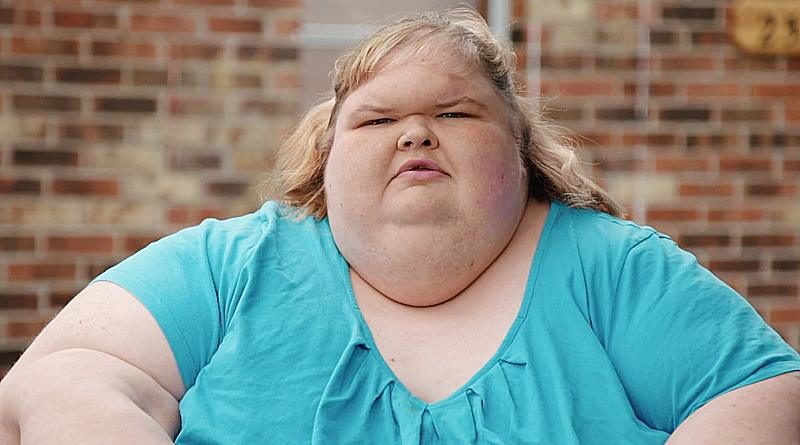 The Slatons sisters were already YouTube famous before they appeared on TV. Well, when 1000 Lb Sisters released, it took no time to become super popular. In fact, even though it hasn’t even been two years since the show premiered, the sisters have become celebrities that have huge fanbases. Their show was all about Amy and Tammy Slaton trying to lose weight and get healthier. While Amy wanted to live a better life, Tammy’s life was at stake because of her obesity. However, unlike her little sister, Tammy Slaton couldn’t achieve her goal and ended up gaining more weight by the end of Season 2.

Her previous pictures revealed that she might finally be losing weight. However, as time passed, it seems like Tammy is gaining more weight than before. Here’s what we know.

After the second season ended, Tammy received loads of criticisms for gaining more weight when she was supposed to be losing some. However, after the episode aired, she started uploading pictures where it seemed like she had lost weight. Later on, when people accused her of using photoshop, Tammy stood up for herself and asked for credit for her hard work. This was to hint that she might actually be working on herself, and it’s not just photoshop.

On the other hand, an inside source revealed to TV Season Spoilers that Tammy was actually losing weight at that time. She was trying to work on herself as she had people to support her. However, she might not be doing that anymore. Her latest unfiltered pictures are quite different than her one month older photos. In fact, plenty of fans pointed out that it doesn’t look like she’s losing weight. Some even commented on her posts, saying that she could be gaining more weight as far as it looks in the pictures.

These comments include the ones mentioning that Tammy might’ve lost weight, which is why she’s not working on herself anymore. Hence, this might be why she’s putting on more pounds now.

While Tammy Slaton has bulks of haters, she also has fans that only wish good for her. However, it’s also true that these fans get very judgemental sometimes. Recently, some of them noticed that Tammy was doing well and losing weight before her new boyfriend came into the picture. The 1000 Lb Sisters star was finally trying to get her life together back then. However, her followers think that she might’ve lost the path as she got distracted by her new love interest. On top of that, fans are really concerned about her new relationship and claim that her boyfriend is a feeder.

Well, previously, people thought that Tammy’s ex-boyfriend Jerry Sykes was demotivating her instead of helping her lose weight. However, as it turns out, the new boyfriend could be even worse for Tammy’s physical health. Fans think that this is because the new man, who goes by his social media handle “thebbwking,” is only interested in plus-size women. He’s previously made fun of smaller women. Moreover, he also says that he wouldn’t want his love interest to weigh any less than 300 pounds. Hence, as of what people say, there is a chance that he might turn out to be toxic for Slaton’s weight loss journey.

Well, as we still don’t know much about their actual relationship. So, it’s too soon to judge someone. However, there is a chance that we’ll get to watch this mysterious new boyfriend in Season 3 of 1000 Lb Sisters. This might reveal what’s actually happening between the two of them. Until then, keep coming back for all new updates on 1000 Lb Sisters and all other popular TLC shows.