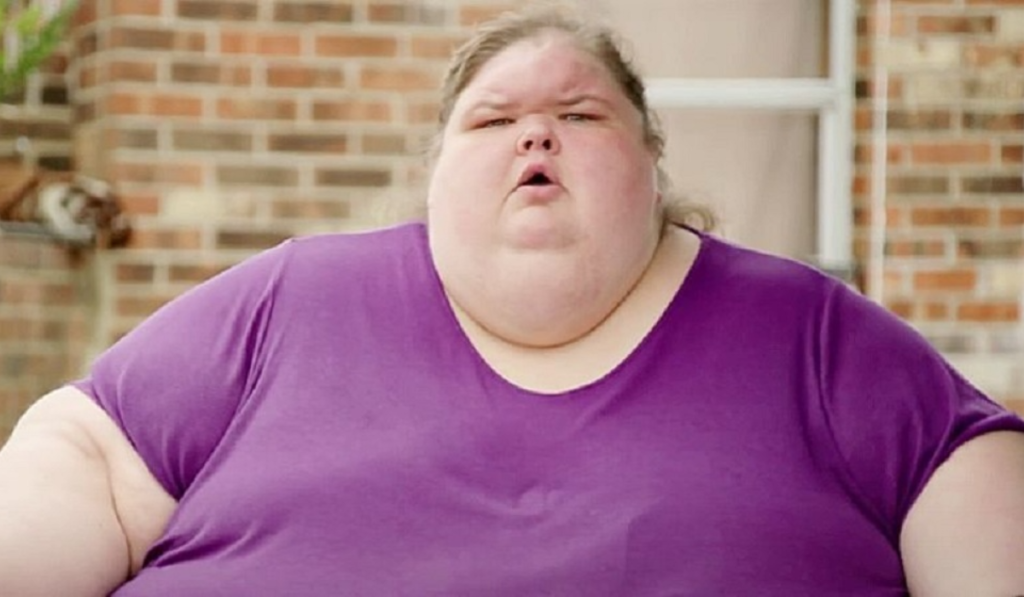 Tammy Slaton was a stubborn young woman when she joined the show. The reality star wanted to live on her terms. However, the attitude and the habits that she nurtured throughout her life were threatening factors. More so, her notorious habits gave way till the end of season three. The 1000 Lb Sisters celeb now seems to acknowledge her mistakes and has commendably worked through them. The TLC star has now surprisingly set a date for her bariatric surgery! So, tune in to know more deets about it.

The TLC fans waited for a miraculous moment for a long time. They have seen Tam Tam in her distress. More so, Tammy gave no hope to the fans when she joined rehab. Apart from that, the fans were concerned if the celeb would be alive. Likewise, some critics started to target the 1000 Lb Sisters celeb for not being healthy enough. They even compared the infamous sibling to her younger sister and half-brother. That’s because the latter could get the bariatric surgery much before her.

However, recent reports have suggested that the older Slaton sister is on her way to getting better. Moreover, Tam Tam’s doctors are impressed with such a speedy recovery. Hence, the 1000 Lb Sisters star has proved to be one of a kind. She has surpassed everyone’s expectations and is now eligible to get bariatric surgery. Likewise, to set the records straight, Tammy has chosen to opt out of smoking. Her friend suggests that Tammy doesn’t even want to breathe the sulking “air.” Another good news for the fans is the infamous sibling is going to get her surgery in June.

Tam Tam’s journey was not an easy one. Moreover, the reality star still wants to improve herself. Amid her half-success, Tammy wants to write a book about her struggles. Another improvement that the reality star has imbedded is that she doesn’t need to wear her trach all the time. Meanwhile, the TLC celeb also wants to return to television. Hence, 1000 Lb Sisters Season 4

could hit the fans within months.

1000 lb Sisters: Here’s How Tammy Slaton Could Hinder Her DIET!

Fans are happy that Tammy has been able to survive her struggles. It was a lot for her to get here. Hence, the TLC audience doesn’t want her to hamper her growth. However, the viewers feel that Tam Tam can hinder her diet yet again after the surgery. And what could be a reason for that? Well, because now she has a boyfriend. The 35-year-old has succeeded in losing much weight after the surgery. But, now that Tammy has a new man

, it might get difficult for her to lose weight further.

The reason for such is that for three seasons, the celeb had got distracted when she had a boyfriend. Hence, the 1000 Lb Sisters viewers feel that the same can happen with Mikey Mooney. Apart from that, Amy has voiced before that Tammy gets naive when in a relationship. Therefore, if Tammy loses her concentration this time from her diet, there’s no going back. What do you think? Tell us in the comments below. And stay tuned to TV Season & Spoilers.