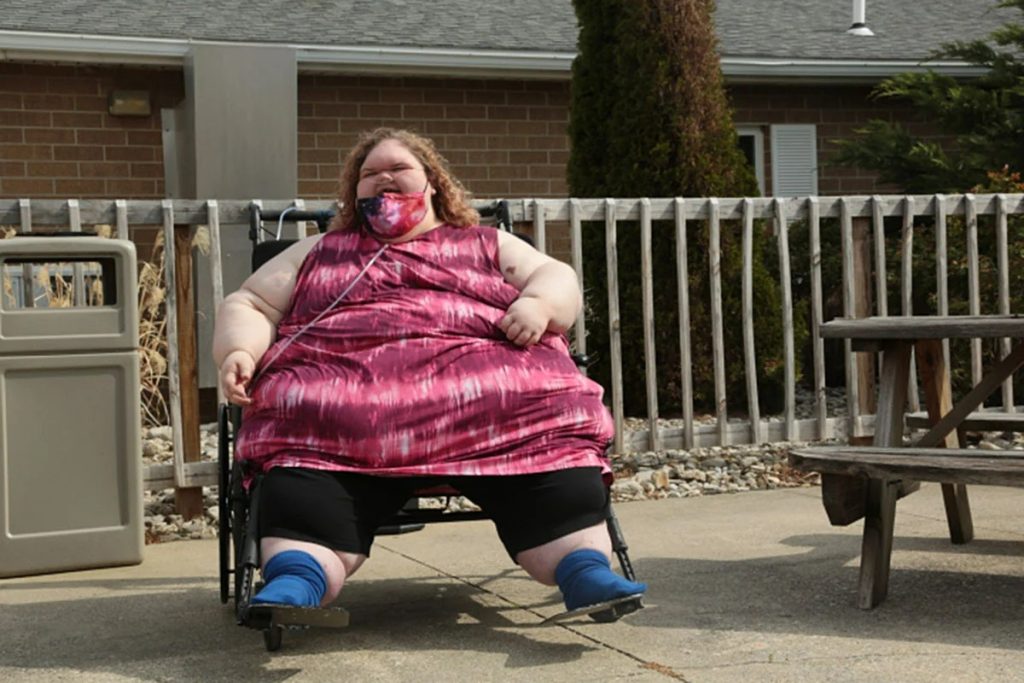 The show started with a motive to capture the lives and struggle of the collective 1000 Lb Sisters, Tammy, and Amy. Although they initially worked on losing weight, they gradually lost touch with the theme. Later on, the show only had drama and health issues intertwined with it. Tammy followed a lifestyle that intervened with her good and developing health. She consumed junk food, further worsening her health. Additionally, the reality-tv star faced carbon monoxide poisoning. However, things have been becoming seemingly better since her admission to rehab. Keep reading to know more about Tammy’s well-being.

People who follow the 1000 LB Sisters, Tammy, would know about her complicated health issues. Last year she had a major lung collapse due to poisoning in her lungs. The doctors inserted a tube through her neck and windpipe via surgery. The death scare created havoc in the family and among fans. Doctors were unsure if she would make it through, but she did. Tammy was recently spotted without a trach tube singing with her husband, Caleb Willingham. However, Slaton uploaded a Tik Tok video wherein fans noticed a major detail.

The eager fans saw the absence of Tammy’s trach tube. Although she did not highlight the removal of the tube, it was clear. Fans rejoiced and were happy to see her healthy and able to breathe with her lungs. The Kentucky native has faced many hardships in the past year due to her health issues; however, she seems to be getting better now. The 1000 Lb Sisters worked hard, lost weight, and got approved for gastric bypass surgery in the summer of last year. Fans could also see a visible slimming change in Tammy Slaton.

As per the looks, her surgery was probably successful, and the medications worked well on the tv celeb. However, she has stayed in Ohio’s rehab center longer than expected. Tammy Slaton recently married Caleb Willingham

a few weeks after a surprise proposal. Her elder sister, Amy Slaton, was the maid of honor in her marriage. The star plans to shift to Kentucky with her husband after their release from rehab. The upcoming season of 1000 Lb Sisters is going to showcase Tammy’s weight loss and wedding. It is also going to show Amy’s pregnancy and other challenges possibly.

1000 LB Sisters: Amy Halterman Is Off Her Diet While Chris Is Doing Better!

Amy married Michael Halterman in 2019, and soon after, they had a baby boy, Gage. The doctors warned her not to get pregnant as it might harm Amy’s health, but she had other plans. People who know Amy would know how badly she wanted to have a family with a husband and kids. Further, she got pregnant again and gave birth to her sweet second child, Glenn. However, the 1000 Lb Sisters

star had repeatedly failed to maintain a schedule and exercise regularly.

The younger sister is off-track and is gaining weight again. However, their brother Chris Combs has shown good weight loss. On the other hand, the upcoming show might also feature Chris’ work towards weight. Doctors have also approved him for bariatric surgery, and have become a fan’s favorite over time. Are you also happy with Tammy’s improved health? Tell us in the comments below. For more exciting news updates, stay tuned to TV Season & Spoilers.