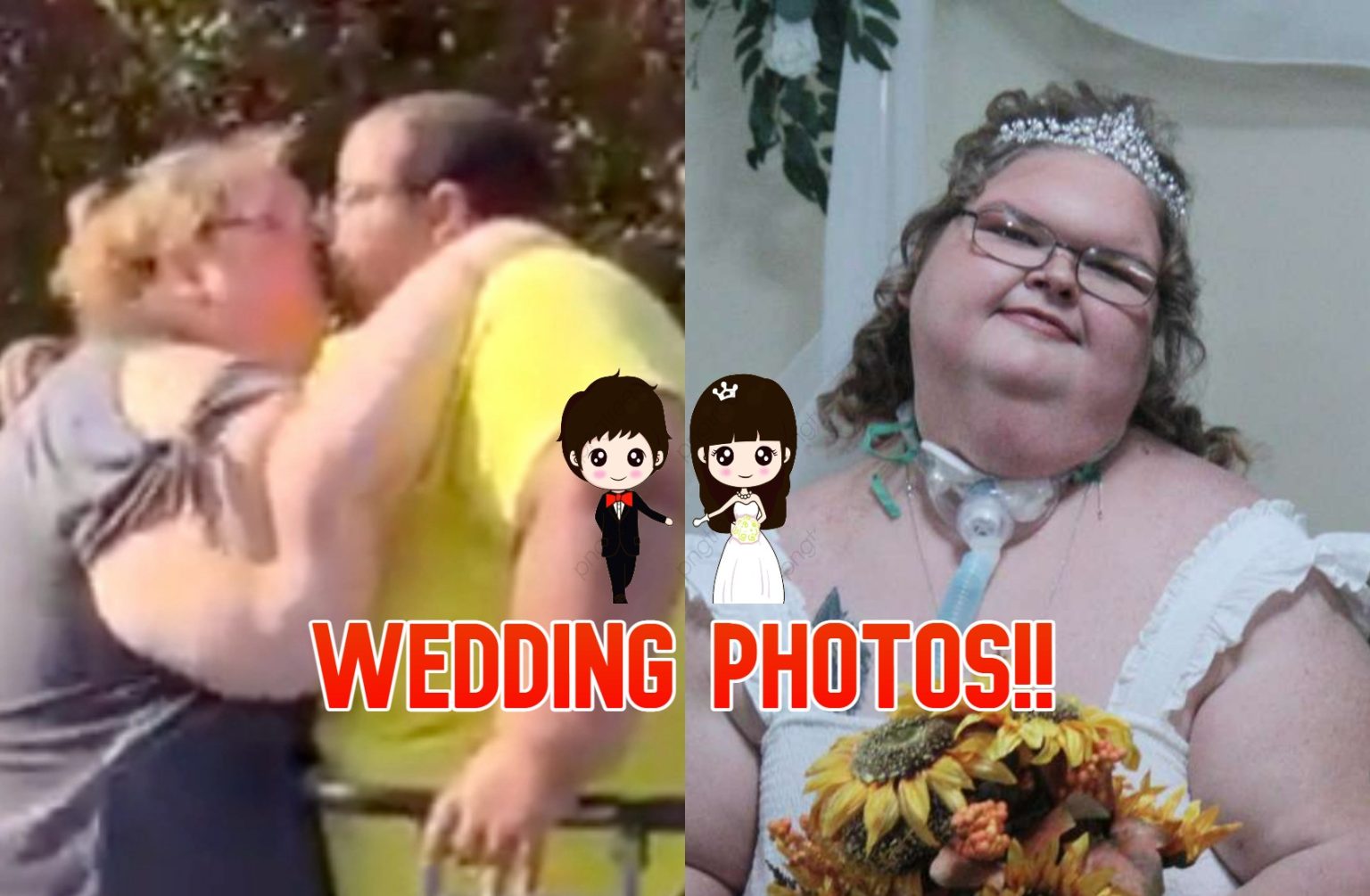 Tammy Slaton became a celebrity after her appearance on 1000 Lb Sisters. Viewers got to see her life and weight loss journey in detail through the show. Apart from this, her love life was also a big center of attention for the viewers. Alas, she had a reputation for dating men with many red flags. However, she has finally found her happily ever after. Yes, Tammy Slaton is in love and recently walked down the aisle with her boyfriend after meeting for the first time in rehab, Caleb Willingham. Keep reading to know more details about this.

Tammy Slaton has gone through a tremendous change this past year. Last year, she was in the hospital for carbon dioxide poisoning. Since then, things began to look up. That’s because Tammy Slaton finally started taking weight loss seriously. At last, she went to a rehab center in Gibsonburg, Ohio, and found the love of her life. Tammy met a fellow patient, Caleb Willingham, and love bloomed between the two. Both of them tied the knot with one another this weekend in the rehab center itself. It was an intimate wedding ceremony, and they were around 30 guests.

Despite the rumors suggesting otherwise, Tammy Slaton’s sister Amy was also present at the ceremony. Both of them posed for photos as well. While the elder sister was wearing a beautiful white gown with a veil, the younger wore an orange dress with purple hair. The bride was also carrying a bouquet of sunflowers while wearing a tiara. As per People, Tammy made a statement saying that many knew her as “Tammy Slaton,” but now they will all know her as “Tammy Willingham” as she is married now. 1000 Lb Sisters Season 4 returns on January 17

, and fans will be able to witness her love story in the new season.

Tammy Slaton made her new relationship public quite recently. This month, the 1000 Lb Sisters came clean about her engagement as well. As mentioned above, she met Caleb in her rehab center, and they connected because of sharing the same “struggles”. Things have been sailing smoothly for both of them. The latter also proposed to the celebrity at the parking lot of their specialized center. As they exchanged rings and shared a quick kiss. The proposal took place in October, and they made plans to marry in November.

The couple has been planning their future too. As Caleb is a resident of Ohio, he aims to move to Kentucky. It is Tammy’s home state. Both of them will be living together in her apartment. As of now, they are still in rehab, waiting to get better before they move in together. Speaking of getting better, Tammy underwent her weight loss surgery in the summer of 2022 and had been making a lot of progress. She is still in Ohio’s rehab to make sure she remains on her diet and her health doesn’t deteriorate. Stay tuned to TV Season & Spoilers