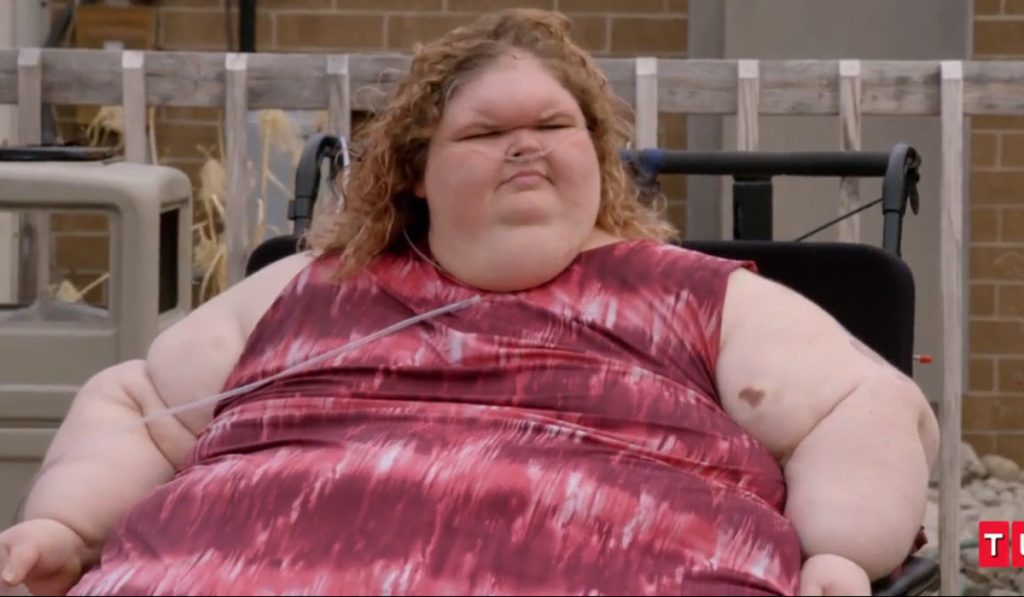 Tammy Slaton shares a bad repo with her fans about dating. That’s because each man that she has dated always unfolds a creepy side of theirs. Hence, the 1000 Lb Sisters fans know what Tam Tam’s love life is like. Meanwhile, the younger sibling feels that Tammy gets carried away easily. So, with all that information, will reality’s new boyfriend be a part of the show? Tune in with us to find out.

1000 Lb Sisters: Tammy Slaton Plans On To Return The Season With Mikey Mooney?

TV Season & Spoilers first reported Tammy’s new “boy toy.” The couple seemed to share likable chemistry. Meanwhile, the 1000 Lb Sisters fans were keen to know about the celeb’s love life. Well, Tam Tam isn’t lucky when it comes to love. Her ex-boyfriends have cheated on her, and some were toxic to her. Therefore, fans don’t believe it whenever the reality star talks about love. Apart from that, her new man goes by Mikey Mooney. The couple has been openly flirting on Facebook for a while.

Mooney has also posted pictures of holding Tam Tam’s hand in peace. Hence, the closeness that the couple is sharing is great. Similarly, Mooney has declared his love for the celeb openly. Mikey keeps telling Tammy that he loves her for eternity. Well, the heat between the couple can sting a fire easily. So, now, the TLC audience wonders if the 36-year-old will return with her new man on the show?

Interestingly, the infamous sibling wants to write a book about her weight loss struggle. Along with that, Tam Tam also wants to return for 1000 Lb Sisters Season 4. Therefore, the viewers are adamant that Mikey Mooney will be a part of the new season. That’s because a fan asked Mikey if he’s trying to make a fourth season? Mooney replied, “it’s been happening for a minute now.” Well, the new boyfriend seems to assert the situation. However, till now, TLC hasn’t announced anything related to it.

1000 Lb Sisters: Here’s Why Mikey Mooney Might Be Lethal For Tammy

The TLC audience is waiting for the network’s big reveal. And that is when will the show’s new season is coming on. However, the streaming giant is still tight-lipped on the matter. Meanwhile, The Sun has reported that Tammy is ready for the big change. The reality star has surpassed the doctor’s expectations and weighs below 400 Lbs. Meanwhile, she is now eligible for bariatric surgery. And the date for the same has been issued. Tammy is finally getting the weight loss surgery in June 2022.

Moreover, the fans are super happy for the celebrity to achieve half of the success finally. However, some 1000 Lb Sisters fans believe Tammy might lose track again. That’s because when the reality star is in love, she doesn’t keep track of herself. Hence, chances Tammy’s love life might become a hindrance to her life. Similarly, Amy has noted that her elder sister gets distracted when she has a boyfriend. Well, do you think Tammy will lose her concentration from her diet? Tell us in the comments below. And stay tuned to TV Season & Spoilers.