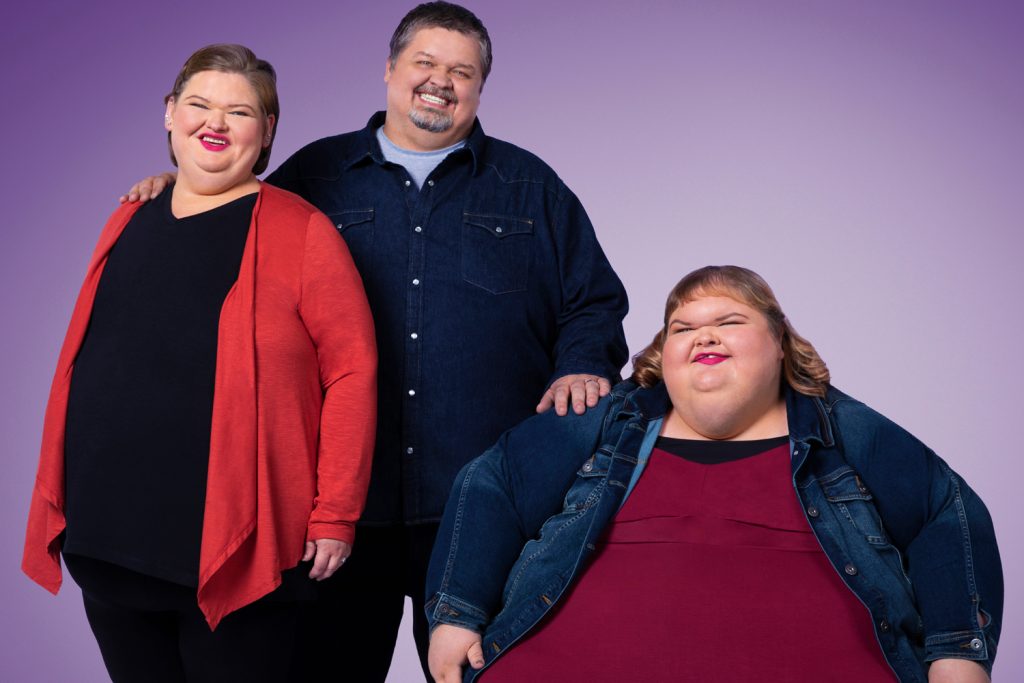 1000 Lb Sisters: What Will Happen In Season 4? Release Date

1000 Lb Sisters is a reality TV show centering around Amy and Tammy Slaton’s weight loss journey. In the third-season finale, fans were left speechless. A lot of shocking events took place, like Tammy’s hospitalization and Amy’s moving out. Soon, the fourth season is set to premiere on TLC next year in January. Finally, viewers will have answers about what has happened since the third season came to an end. Tammy Slaton, the elder sibling, agrees to return to rehab for the long term. But, she faced a health issue as she got carbon dioxide poisoning. Thus she was in a coma for a few weeks. What do fans want to see happen in Season 4 of 1000-lb Sisters? Stay tuned to know.

Tammy’s weight loss journey has had many ups and downs, they got documented over three seasons on 1000 Lb Sisters. But, thanks to recent changes and Tammy’s extended stay in a rehabilitation center, the elder sister’s future appears to be brightening. The younger sibling, Amy, underwent bariatric surgery a few years ago. Viewers have been quite curious to see Tammy lose weight and undergo bariatric surgery. While in rehab, she has made significant progress compared to how she acted in season three, losing one hundred pounds in thirty days at the start of 2022. Fans are eager to see how well she did since the last season of the show.

Amy Slaton’s first pregnancy premiered in 1000 Lb Sisters. Later, she updated her fans that she gave birth to another boy named Glen in July 2022. Amy and her husband, Michael, brought home their first son Gage in 2020. Having a child was Amy’s lifelong dream. On the other hand, the celebrity sister ignored her doctor’s warnings about having children. Even after Amy’s dream has come true, fans are still concerned about her health. Amy gave a statement that she would take a back seat in the upcoming season. Fans are eager to see the birth of their second child and his playful activities with his elder brother.

The Slaton sisters’ brother Chris Combs came in season two of 1000 LB Sisters. He became a fan favorite in no time, and they adored him and his tough-love approach to his sisters. Particularly the stubborn elder one, Tammy. He chose to join her on her weight-loss journey in order to motivate her to have a healthy life. Fans cheered him on and were happy to see him commit to his journey. His consistency resulted in surgery. Viewers have kept patience and are still eager to see how far he’s come since the end of Season 3. He was quick to become a fan favorite of the show.

1000 Lb Sisters: Slaton Sisters Are Back For Two More Seasons

Tammy and Amy have become big names due to the depiction of their weight loss journey on 1000 Lb Sisters. Both of them have a lot on their plates. Tammy is mainly focused on her weight loss and is in rehab to improve her eating habits. At the same time, the younger sister, Amy, is now preoccupied with her two adorable baby boys, Gage and Glenn. Despite this, TLC had not announced whether there would be any new season or not. In contrast, a source close to Tammy Slaton has spilled major beans. According to reports, there are going to be two more seasons

But it looks like Amy Slaton will not appear in 1000 Lb Sisters Season 5. The mother of two will be “stepping out of the spotlight” as the new season will focus more on Tammy Slaton’s journey. In a previous interview, the younger sister stated that she would take a break from the show to spend more time with her kids. Amy doesn’t want to feel like a “bad mom.” As a result, her top priority right now is to spend as much time as possible with her two young sons. For more updates, stay tuned on TV Seasons & Spoilers.