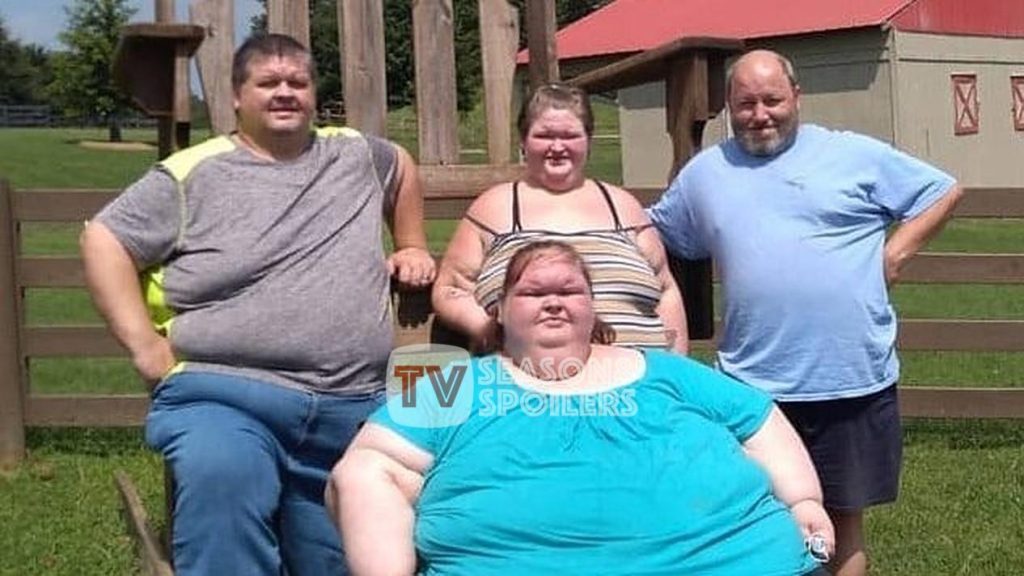 Fans think Tammy Slaton has nearly concluded her journey. That’s because she doesn’t show any progress. Although the 1000 Lb Sisters celeb readmitted herself to rehab, she appears the same to the fans. Hence, the avid watchers feel TLC might be on the hook to drop Tam Tam off the show. And instead, knock on Chris and Amanda’s door for Season 4. So, tune in to know all the tea.

1000 Lb Sisters: Here’s Why TLC Might Consider To Fire Tammy For The New Season

The reality TV show 1000 Lb Sisters has nearly lost its essence. The reality TV drama started to document the sibling’s journey. However, somehow both Tammy and Amy lost control targeted goal, especially the former. The 36-year-old majorly focused on fun and outing instead of her weight. She even indulged in alcohol and vaping.

Hence, she didn’t follow any commitment required to follow the weight loss process. And it has been three years since 1000 Lb Sisters aired. Till now, Tammy hasn’t been able to get bariatric surgery. So, fans think TLC might fire Tammy from the show for these reasons. Apart from this, fans have said that they are tired of all the drama Tam Tam goes through. They would rather watch in peace.

Meanwhile, some fans also pointed out that Tammy’s behavior towards the crew wasn’t great. Hence, TLC can also put aside the celeb because of this reason. Likewise, when Amy and Gage visited Tammy

, fans could see Gage with a soda. Therefore, they also speculate that Tammy Slaton hasn’t been able to put back her unhealthy food habits. So if Season 4 has Tammy in it, fans are not eager to see the same old behavior. That is why TLC might fire the celeb.

The Slaton siblings haven’t been able to recover entirely from their addiction. After many events of trying, Tammy failed miserably. Meanwhile, Amy left the process in the middle due to her second pregnancy. Hence, fans believe TLC might come up with Chris and Amanda’s spin-off series instead of the sisters. Moreover, they have certainly become popular among the fans.

Therefore, fans would love to see their side of the world. Even the Redditors assume the same and feel that Chris and Amanda would do better than the Slaton sisters. One user wrote that they feel TLC might be preparing the ground for that. Audiences say they would be happy to see less drama and actual progress during the show. Despite that, 1000 Lb Sisters Season 4

is possibly returning, but it’s hard to say who will star in it this time. So, what do you think? Will Amanda and Chris replace the siblings? Stay tuned to TV Seasons & Spoilers.