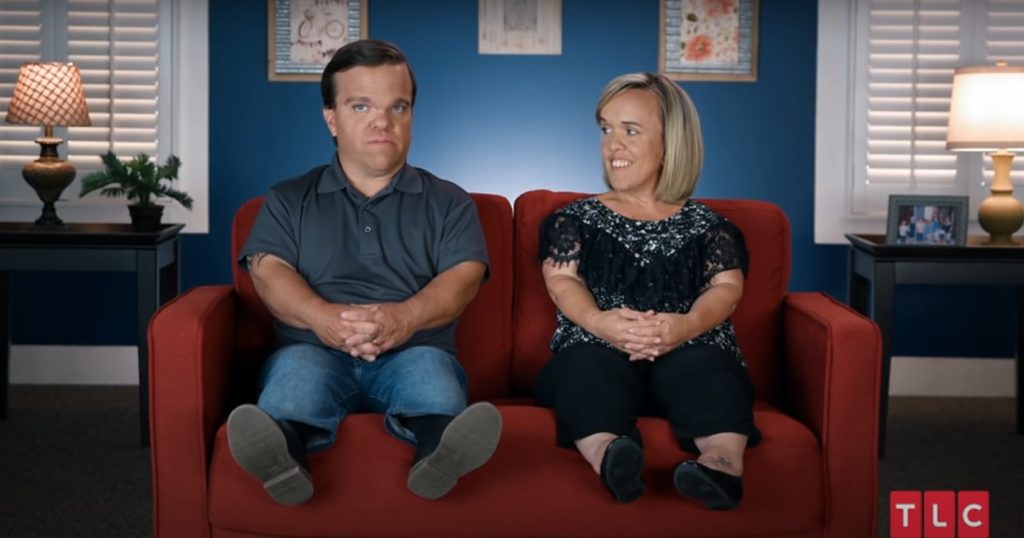 Amber and Trent Johnston, with their five adorable kids, have ruled over television as this family is a fan favorite. This family is unique in their beliefs and kindness as they consider their dwarfism, not a setback. 7 Little Johnstons is a popular show about Amber and Trent, whose adopted and biological kids lead their lives facing all the challenges in it. Additionally, viewers enjoy their quirky personalities and fun adventures they display on the show. However, Amber has shed light on the possibility of the upcoming season by sharing an exciting update. In fact, shared a post on her Instagram that has definitely made the fans happy. Continue reading to learn more about this.

TLC has still not given any official update about 7 Little Johnstons getting renewed after the 12th season. Hence, there are speculation and serious concerns regarding the franchise that it might not resume. Fortunately, the stars of 7 Little Johnstons have dropped several hints through their social media handles. Amber shared a BTS look that gave fans a ray of hope. In the photograph, she and Trent Johnston were cleaning up their yard. Adding to that, she also included a photo of herself and her husband on the red couch used for the reality TV interviews.

After the image went online, several fans were freaking out. Thus, they started commenting in the section of Amber Johnston’s new post. Fans were keen enough to notice she mentioned “red couch interviews”. Therefore, they interpreted that the show will come back this year. One of them said, “I pray that this literally means new season is coming soon.” Whereas other 7 Little Johnstons fans interpreted Amber’s post as confirmation of the show’s renewal. A series of congratulatory comments started showing up in the comment section.

However, the TLC has not cleared the fate of the 7 Little Johnstons. Whatever may be the hints, an official statement with a release date will put fans to ease. So, they are hoping the network gives an update soon.

7 Little Johnstons: Amber Indicates That The Show Might End Soon

7 Little Johnstons has evolved into a rather wholesome and family entertainment show. This show’s first season aired in 2013. It will complete a decade after its first season was released on TLC. Viewers saw the Johnston kids growing up throughout the seasons. The elder ones are now in their twenties. They will be stepping into adulthood and focusing on their separate lives. The head of the family recently revealed on social media that they ended up filming their 111th episode. So, it is a big milestone for the family. Amber gave all the credit to the fans. However, fans observed something sad in the post along with this amazing news.

Amber Johnston mentioned in her caption that they are “nearing the end”. Moreover, the star reflected on “hard work” and “dedication”. As a result, fans have a feeling that the show will be canceled after the new season premieres on television. Many people shared their disappointments through their comments on social media. Several fans said everything comes to an end, whether good or bad. Viewers of the show 7 Little Johnstons were grateful to the cast members as they documented their daily life and happening, which directly and indirectly taught them about dwarfism. Do you think the show will make a comeback or not? Do you want the show to air soon? Tell us your opinions in the comments below. For more exciting news updates, stay tuned to TV Season & Spoilers